Chelsea forward Hakim Ziyech has revealed that he would welcome the opportunity to rejoin Ajax before his playing days are over.

Ajax also made the semi-finals of the Champions League that season, and came within a whisker of reaching the final, only to be dumped out in heartbreaking fashion by Tottenham. 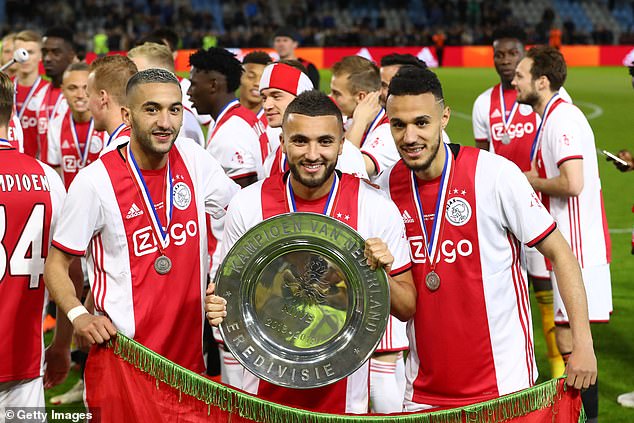 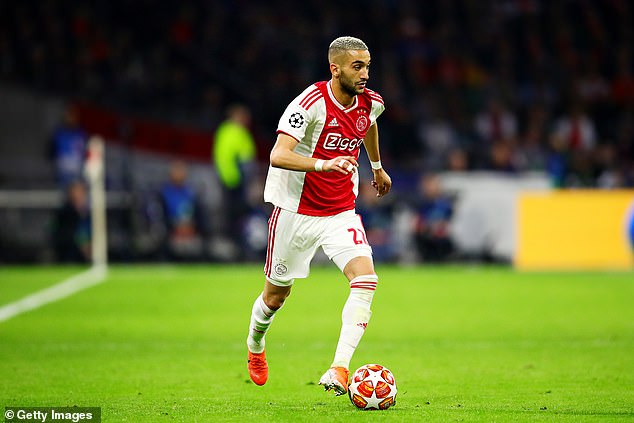 The following year, Ziyech switched the Eredivisie for the Premier League as he arrived at Stamford Bridge. His first season did not go according to plan as injuries and a loss of form restricted him to just 15 starts in the top-flight.

Now into his second campaign in England, he is showing signs of improvement, having been directly involved in a goal in five of his last six appearances across all competitions.

However, despite his upturn in form for the Blues, the Morocco international has admitted that the prospect of returning to Ajax in the future does appeal to him.

When asked if he could see himself playing for Ajax again, he told Ziggo Sport: ‘I would love to. I had a fantastic time there.

‘It’s a place where I have felt at home, and whether it will ever happen, the future will tell. If it is up to me, it will definitely happen. 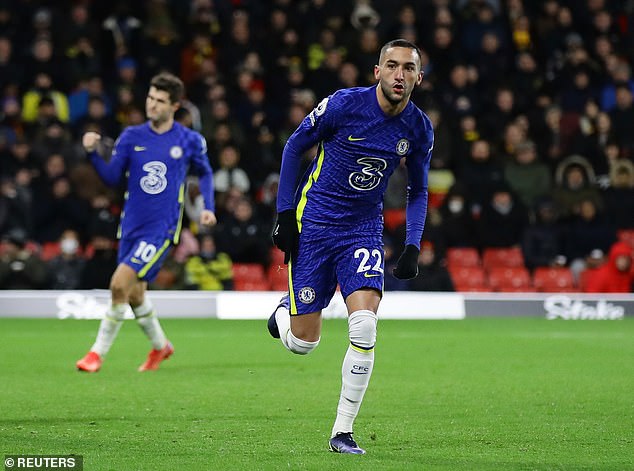 ‘What the future brings, we’ll see then. Like I said, I hope it happens one day. Whether it will happen is not up to me.’

Ziyech still has over three years remaining on his contract at Chelsea, although this has not prevented him from being linked with a move away from west London recently.

The speculation does not seem to have affected his displays on the pitch, though, and he will be back in action for Thomas Tuchel’s men on Wednesday against Zenit as Chelsea aim to secure top spot in their Champions League group.