Chelsea’s Eduoard Mendy gifted Leeds an opening goal as they raced to a 2-0 lead at half-time thanks to goals from Brenden Aaronson and man-of-the-moment Rodrigo.

But it was Mendy who American striker Aaronson has to thank for his opener, after the Senegalese shot-stopper dawdled on the ball in the 33rd minute, only for the Leeds forward to pinch it off his toes to tap into an open net.

And fans have very quickly pounced on the goalkeeping error on social media, with many highlighting that this is not the first time Mendy’s distribution has been questioned. 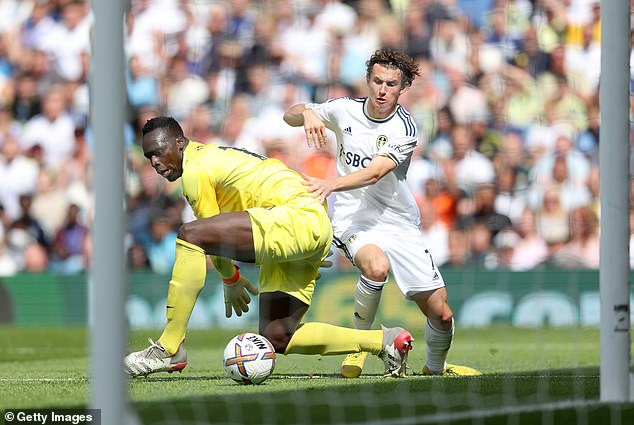 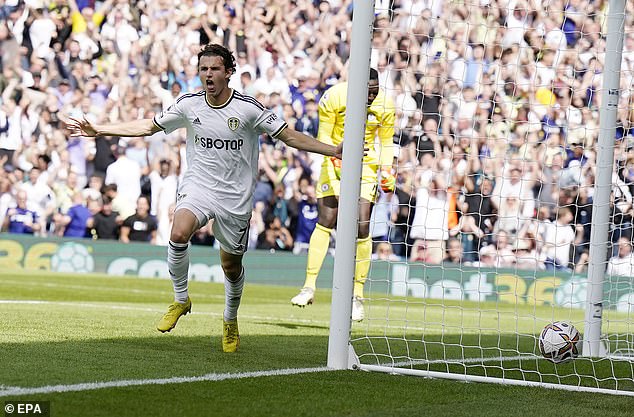 One fan wrote: ‘That’s been coming from Mendy. I’m not surprised. Just doesn’t look comfortable with the ball nowadays.’

A second Twitter user wrote: ‘Said it for a long time, Edouard Mendy’s distribution is horrid

Another agreed, saying: ‘What was Mendy thinking – only he will know. It wasn’t as if he was under any serious pressure.’ 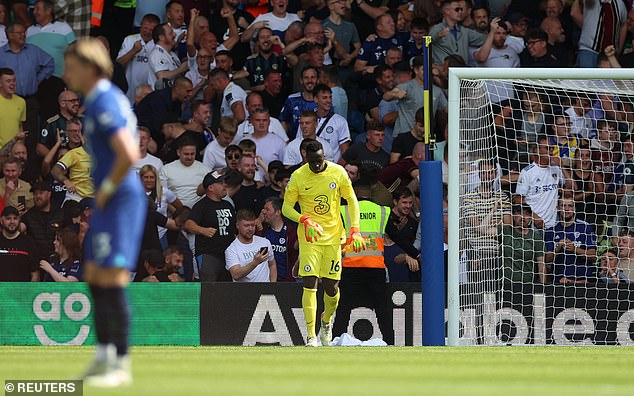 A third fan went one step further, claiming: ‘Mendy’s distribution might be the worst in the entire universe let alone the world.’

And a fourth fan compared him to out-of-favour No 2 Kepa Arrizabalaga: ‘I am sorry but Mendy doesn’t deserve to start over Kepa especially when he has been terrible for so long.’

After arriving from French side Rennes in the summer of 2020, Mendy initially looked to be a revelation between the sticks for Chelsea, who had grown tired of the erratic performances of Arrizabalaga.

However, with the growing emphasis on the modern goalkeeper’s ability to contribute with the ball at their feet as well as in their hands, the Senegalese international has struggled at times.

Despite that, Mendy has been a crucial part of a Chelsea side that has won a Champions League, Club World Cup and UEFA Supercup since his arrival, as well as helping Senegal to an AFCON title in 2022.

But one fan believes that his latest howler should mark the end of his Stamford Bridge career, saying: ‘Mendy is worse than Kepa ever was. Sell him right after this game and never look back. DISGRACE.’ 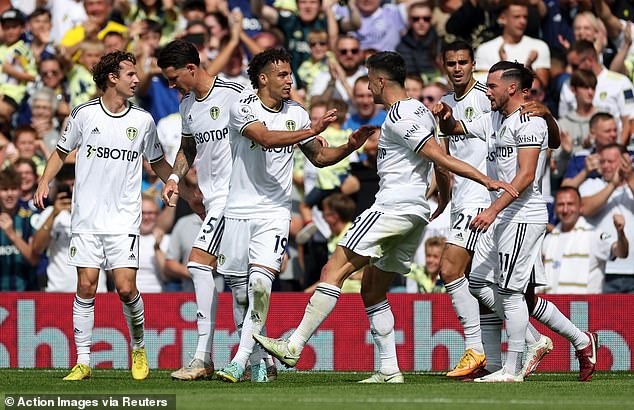 Another Twitter user was more critical of the entire Chelsea defence, writing: ‘The whole lead up to that goal was shambolic. Silva and James arguing and needing Jorginho to go over and tell them to stop.

‘Then Mendy does that. Not the right mentality, we are triggered and cannot cope with Leeds energy and desire. Leeds want it more. We’re losing our heads.’

Chelsea were also hamstrung by the absence of manager Thomas Tuchel, who was consigned to the sidelines after the FA judged him to be the aggressor in last Sunday’s touchline clash with Tottenham manager Antonio Conte. 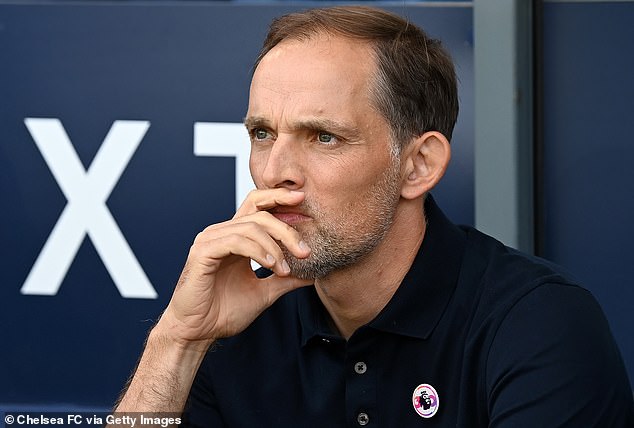