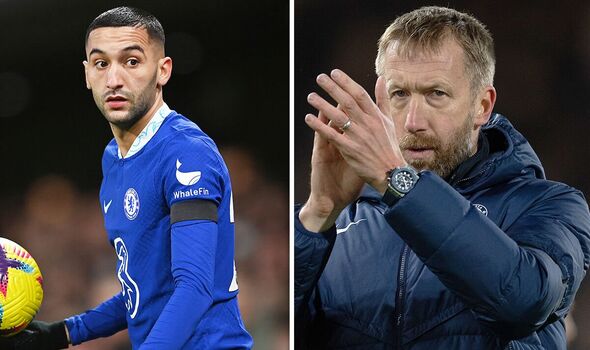 Chelsea fans were left even more disappointed in three players following Thursday’s loss to Fulham. It is reported that a trio of stars failed to go over to the supporters after the defeat.

Chelsea suffered a seventh defeat in their last nine matches in all competitions. After exiting both domestic cups at the hand of Manchester City, Graham Potter’s side are languishing in 10th place in the Premier League table.

Potter has become the first Chelsea manager since Glenn Hoddle in 1996 to have lost three successive matches on more than one occasion. He was only appointed as Thomas Tuchel’s successor last September but is having a nightmare time at Stamford Bridge of late.

Matters were made worse at Craven Cottage on Thursday. The hosts led at half-time through former Chelsea hero Willian.

The visitors struck back immediately in the second half, with Kalidou Koulibaly poking home from close range. But then came a moment to forget for Joao Felix, who was given a straight red card on his debut for a high tackle.

Fulham made their advantage count and Carlos Vinicius, filling in for the suspended Aleksandar Mitrovic, headed in the winner. Chelsea fans were understandably frustrated and angry at their team for yet another below-par performance.

But the Daily Telegraph reports that Marc Cucurella, Kai Havertz and Hakim Ziyech didn’t go over to the away support at the final whistle. Cucurella and Ziyech came on as second-half substitutes, while Havertz played the entire match.

Jorginho was also reported to have snubbed the fans but other reports claim he did acknowledge them. Chelsea supporters sang the name of former owner Roman Abramovich, as well as Potter’s predecessor Thomas Tuchel during the second half.

Willian’s name was also sung before he opened the scoring. Potter understands the frustration of the club’s supporters and says he wanted his players to applaud the fans at the end of the game.

Potter said: “Of course I can understand that they’re frustrated, we’ve lost. That’s normal, I made sure I went over and clapped them because you appreciate their support.

“It’s not easy. We’re suffering, they’re suffering, so we feel for them and feel their disappointment and I think it’s important that we stick together and we try to get through this tough period because it really is a tough period.”

Chelsea face another London derby this Sunday when they host Crystal Palace. They then travel to Anfield to play Liverpool the following Saturday.