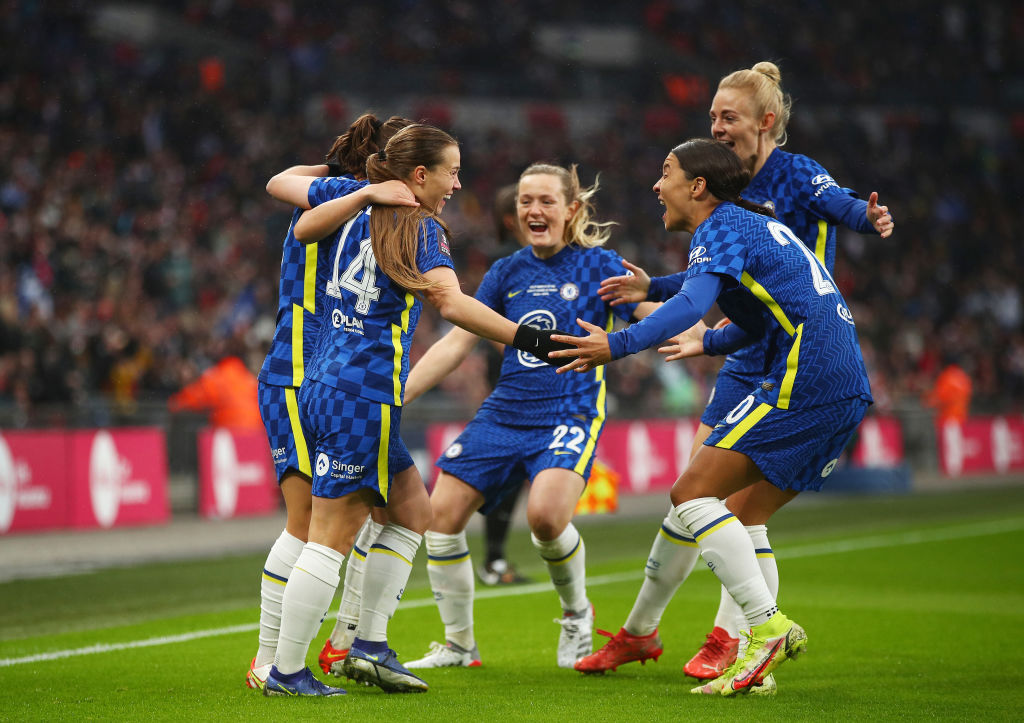 Emma Hayes’ side, who won the Super League and League Cup last season and reached the Champions League final, dominated Arsenal from the outset, with Fran Kirby putting the Blues ahead after just three minutes.

Sam Kerr doubled Chelsea’s lead after the break and produced a superb chip to put the game to bed with 15 minutes remaining.

It was a hugely impressive performance for Chelsea, who were making their fifth FA Cup final appearance against an Arsenal side who have lifted the trophy 14 times, more than anyone else.

The 3-0 victory also saw Hayes’ team complete a domestic treble after the competition was postponed because of the coronavirus pandemic.

Chelsea and Arsenal are currently involved in an intriguing title race in the Women’s Super League, pulling six points clear of their nearest rivals after just eight matches.

‘Tactically, technically, everything about the performance was sublime from Chelsea. It was almost perfection.

‘Arsenal, it was not their day, any passages of play they tried to get going, Chelsea just snuffed them out.’