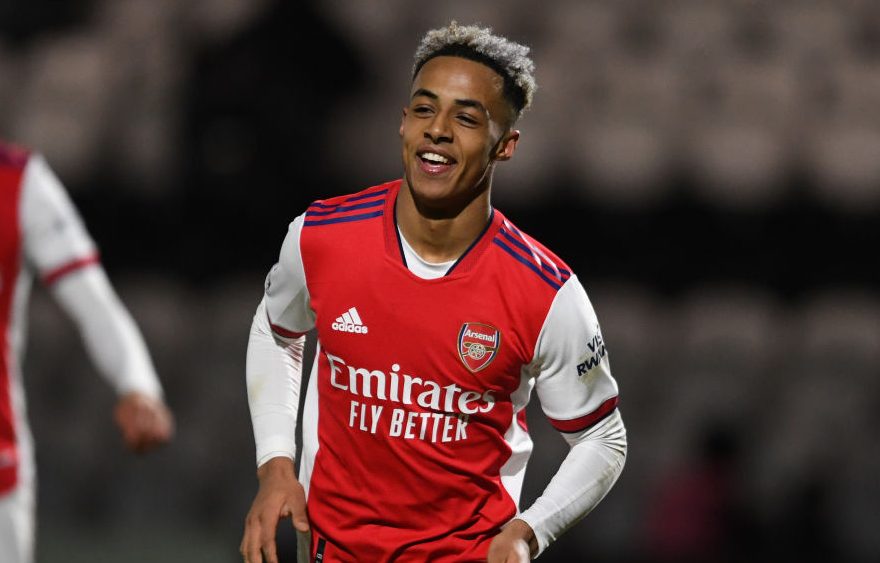 Chelsea have completed the signing of the highly-rated teenage forward Omari Hutchinson from Arsenal.

The gifted winger has represented England at youth level, but made his senior international debut for Jamaica in a friendly against Catalonia in May of this year.

Head of Chelsea’s youth recruitment Jim Fraser said: ‘We are delighted that Omari has agreed to sign for Chelsea. He is a brilliant addition who joins us as an exciting emerging talent hoping to make a quick impression in the senior game.’

The 18-year-old winger regularly featured as a member of the first team squad last season and was an unused substitute several occasions during the run-in as Mikel Arteta’s squad was stretched to the limit by injuries and suspensions.

Arsenal have promoted a number of Hale End graduates into the first team over the course of Arteta’s reign, and Hutchinson was expected to follow the path trodden by the likes of Bukayo Saka and Emile Smith Rowe.

Hutchinson featured in the behind closed doors friendly against Ipswich earlier this month but didn’t travel with squad which flew to Germany last week for the 5-3 win over Nurnberg.

The Jamaica international was also left out of the squad which flew to America earlier this week and has now signed a long-term contract with Arsenal’s London rivals.

Chelsea have so far focused their efforts on strengthening a first team squad that has lost defensive stalwarts Antonio Rudiger and Andreas Christensen already during the close season.

‘The signing of Raheem shows what we’re capable of doing, it shows the ambition of the club and the ownership and it’s good because we’re all here to win and compete.

‘We love to compete and we love the challenge at the very top. For that we need signings of new quality players or otherwise there’s no chance.’