Women’s Super League leaders Chelsea came from behind to earn a vital 3-1 win at Tottenham Hotspur on Sunday while second-placed Arsenal kept up the pressure with a 3-0 win away to Everton in the evening kickoff.

Chelsea, who had a one-point lead over second-placed Arsenal coming into the game, went behind early through a Sophie Ingle own goal in the 15th minute before Guro Reiten levelled with a left-footed finish from a tight angle 12 minutes later.

Chelsea keeper Ann-Katrin Berger was sent off before the break for a challenge on Rachel Williams but the champions managed to grab a second goal when Sam Kerr turned in a Jonna Andersson cross in the 71st minute, and Jessie Fleming added a late third to briefly open up a four-point lead over Arsenal.

The Gunners closed that gap quickly, with Beth Mead and Jordan Nobbs both netting their 50th WSL goals en route to a comfortable win over Everton to move to 46 points with three games left to play.

Manchester City cruised to a 4-0 victory over second-from-bottom Leicester City as first-half goals from Caroline Weir, Lauren Hemp and Julie Blakstad gave them a commanding home win against Leicester, with Alex Greenwood adding a fourth from the spot to complete the rout. 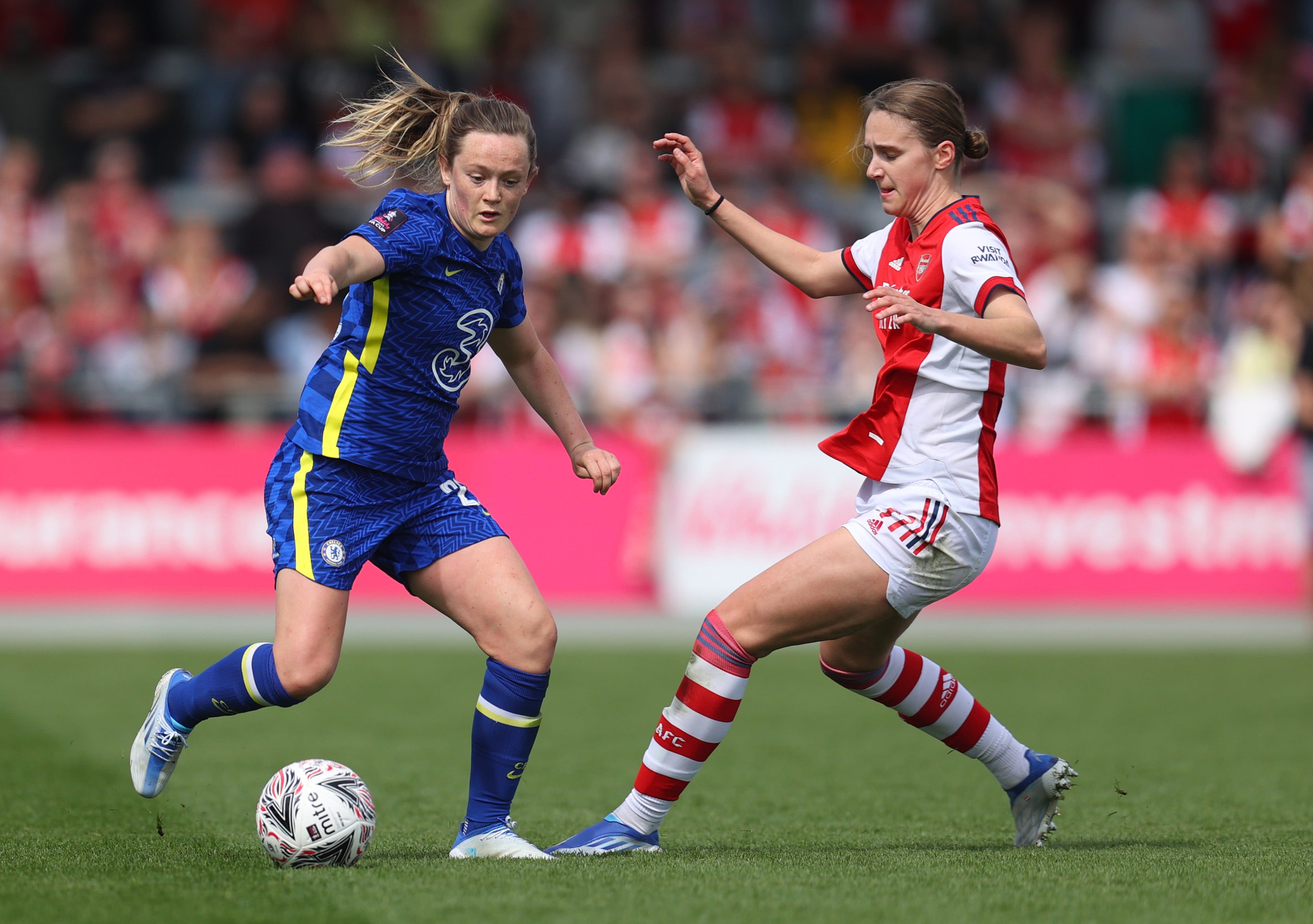 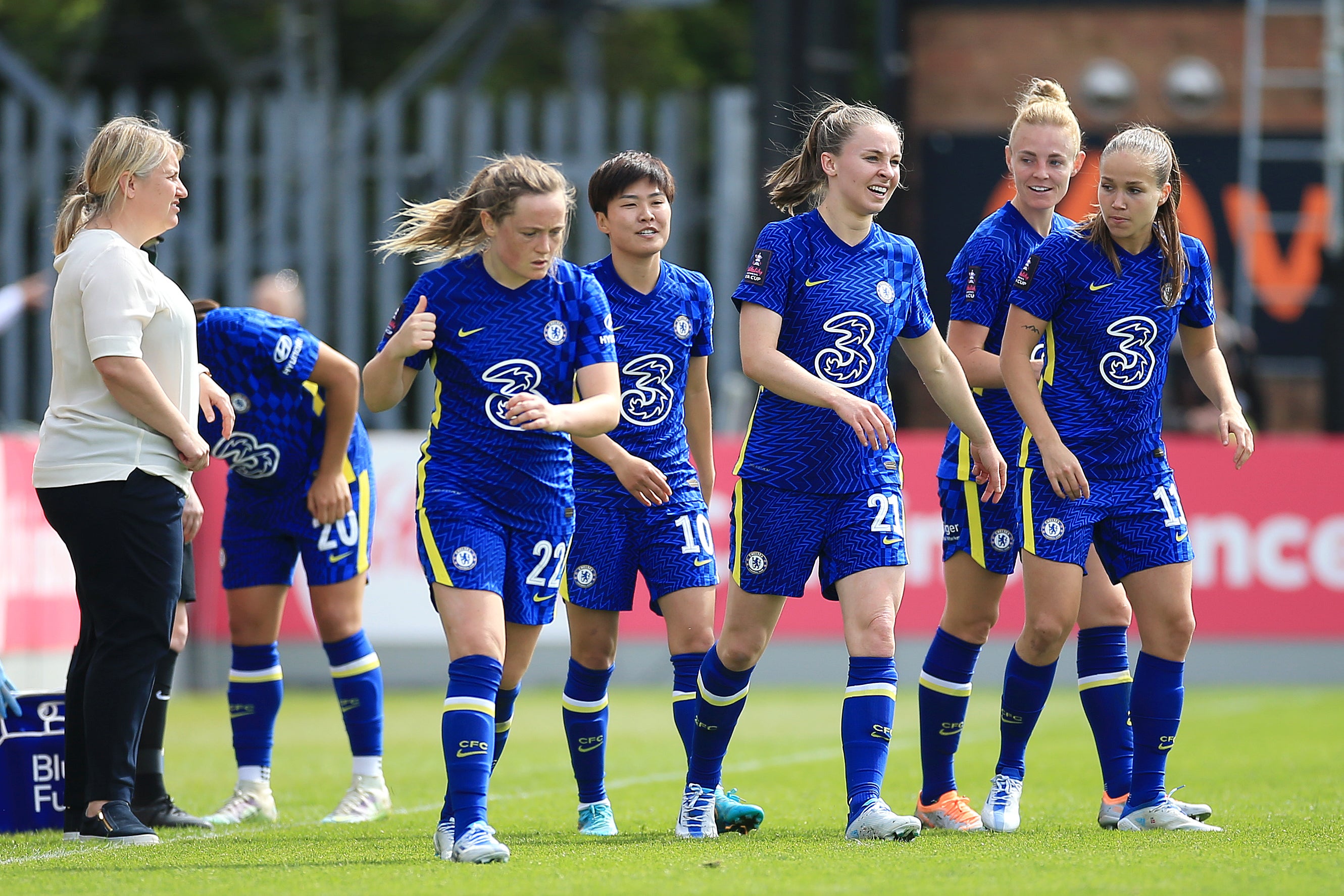 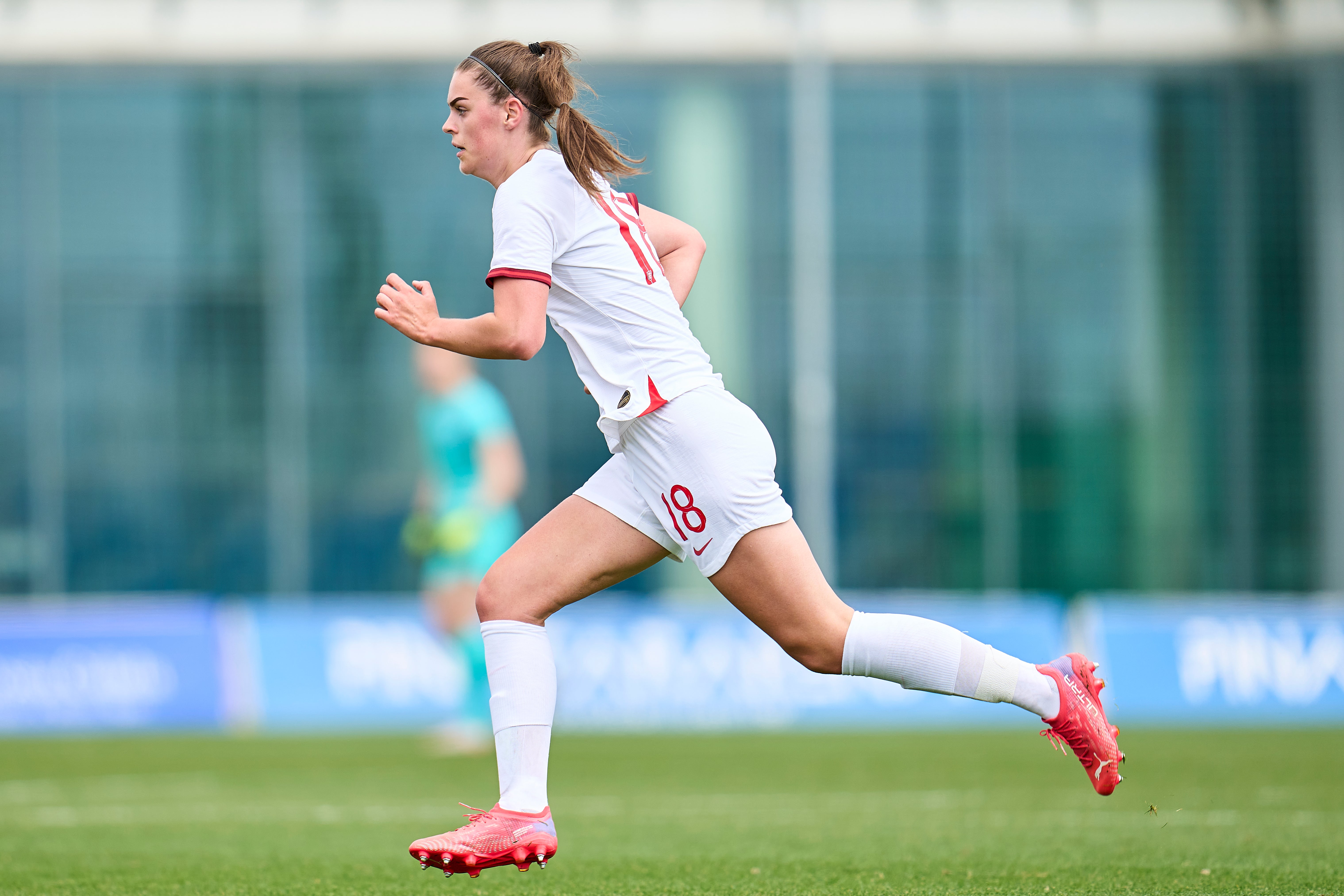 That result boosted fourth-placed City’s hopes of Champions League football next season as rivals Manchester United were held to a scoreless draw by Aston Villa. United are third on 39 points, one ahead of City having played a game more.

It also had an effect on the relegation battle, with bottom side Birmingham City’s 3-1 win away to Brighton & Hove Albion on Saturday helping them close the gap to Leicester to four points with three games left to play, one more than the Foxes. The bottom side at the end of the season will be relegated to the Championship.

Elsewhere Emma Snerle and Yui Hasegawa were on target as West Ham United secured a 2-1 win over Reading, who netted a late consolation through Faye Bryson. West Ham are sixth with 27 points, three ahead of eighth-placed Reading.