Thomas Tuchel has admitted that Chelsea can only ‘dream’ of reaching the Champions League semi-finals, with the Blues needing to overturn their first leg deficit against Real Madrid.

Carlo Ancelotti’s men ran riot at Stamford Bridge last week with Karim Benzema netting a hat-trick in west London, leaving the Blues needing a huge performance in the return leg if they are to have any hope of advancing.

A very frank and honest Tuchel revealed after the game that the tie was ‘not alive’ after witnessing one of the ‘worst first-halves’ at Stamford Bridge during his tenure. 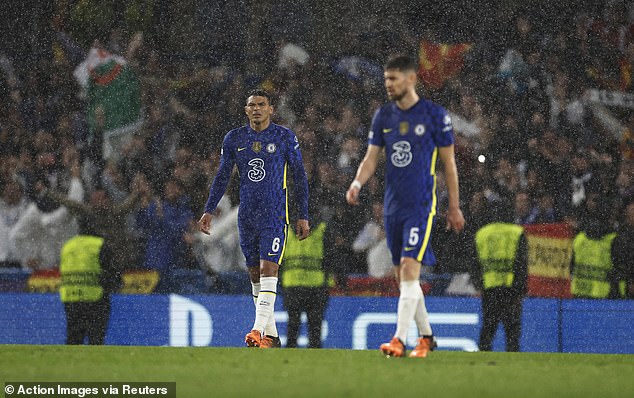 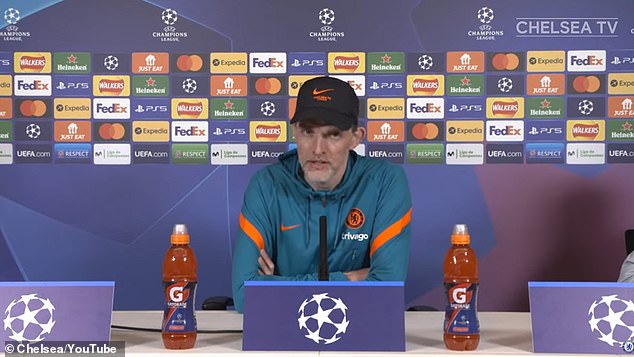 And on the eve of the return leg at the Bernabeu, the German has doubled down on that assessment, admitting that the task at hand is ‘incredibly hard’ and that Chelsea will need a ‘fantastic script’ if they are to book their spot in the Champions League semi-finals.

‘It is unlikely but it is worth trying, and trying means that we will play to our fullest and to our full limit. This is what it is, it is a big night,’ he said.

‘It is one of the biggest challenges to perform as the away team at the Bernabeu, especially if you need a result. It is still worth trying and it is still a stage where you can overperform. We need to overperform.’ 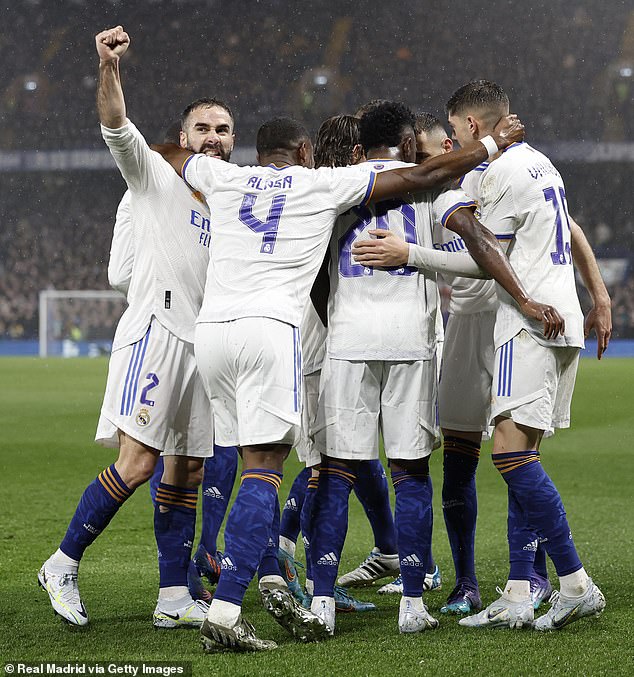 He added: ‘We need nothing else other than a fantastic script. The task and challenge is incredibly hard and against who we play and where we play.

‘We’re allowed to dream, it’s sometimes important to imagine things and dream about. It will not shift the focus, we will support our team and we will try hard.

‘It’s sports and it’s a game and that’s the beauty of the game, that everything is possible always.’

Tuchel said that Chelsea had struggled to compete physically in the first leg and that the Premier League’s decision to limit teams to three substitutions in a match, compared to five in LaLiga, hampered his side. 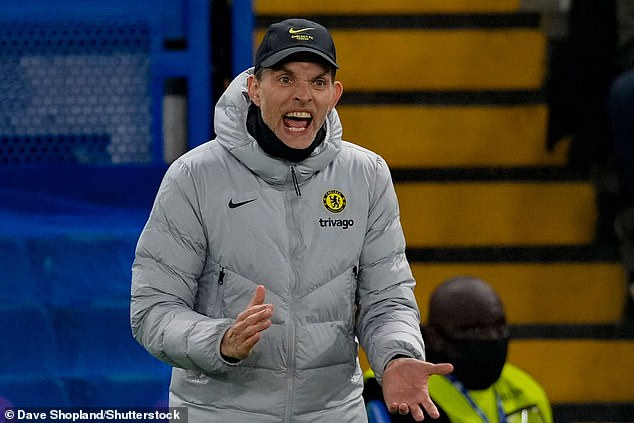 ‘We face a huge disadvantage in terms of physicality as Real Madrid play the whole season with five substitutes and we play in the most physical league,’ he added.

‘We struggled with our counter pressing and finding intensity in runs. We will need to find a way to play a more physical game.’