Thomas Tuchel will no doubt be even more determined to complete the signings of Pierre-Emerick Aubameyang and Anthony Gordon over the coming days having seen his attack continue to fail to click in Chelsea’s hard-fought 2-1 win over Leicester on Saturday. Raheem Sterling opened his Blues account with a brace to clinch all three points against the Foxes but reinforcements are still very much required upfront.

Despite suffering an early setback following Conor Gallagher’s red card just 28 minutes into their clash with Leicester, Chelsea battled back to claim a much-needed victory thanks to a Sterling double. The £50million summer signing broke the deadlock shortly after the interval with a deflected effort before tapping home a second to render Harvey Barnes’ response redundant.

However, despite the positive of Sterling getting on the scoresheet, the Blues continued to look somewhat disjointed up top. The England winger has now started alongside Mason Mount and Kai Havertz in an improvised forward line for all four of Chelsea’s Premier League matches this campaign, yet Saturday was the first time any of the trio have managed to find the net.

With Romelu Lukaku having rejoined Inter Milan on loan and Timo Werner having returned to RB Leipzig on a permanent basis, the Blues find themselves short of options in attack and in particular need of an out-and-out centre-forward. Tuchel appears to have identified Barcelona striker Aubameyang as his chosen man to lead the line, while Everton’s Gordon is another desired attacking option. 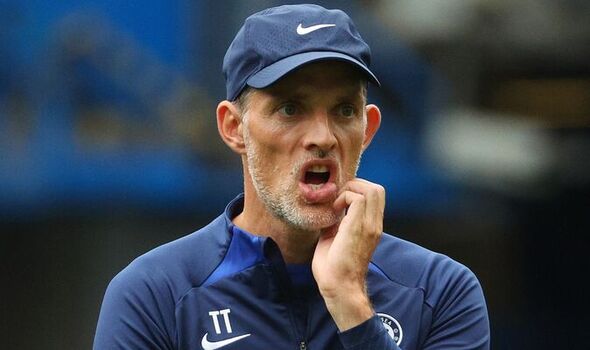 With a matter of days remaining before Thursday’s transfer deadline, Chelsea must act and fast. A failure to sign the aforementioned pair will likely leave the Blues worryingly short in attack and at risk of falling further adrift of the Premier League’s prolific top two in Manchester City and Liverpool, who netted 13 goals between them on Saturday alone.

Following the narrow success over Leicester, Tuchel admitted his side must adopt a more attacking mindset going forward. He said: “The first 25 minutes was eleven against eleven and we will use it. 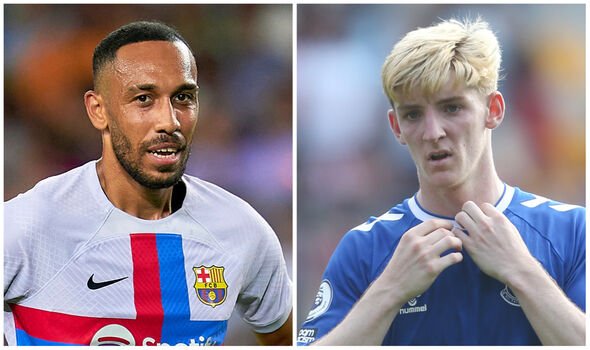 “I think we started very well, but I think we can be more aggressive and be more in the box if we are so dominant like the first 20 minutes. We should be able to create more chances, deliveries and half-chances.”

Aubameyang and Gordon – who netted in Everton’s 1-1 draw with Brentford on Saturday – are two players who certainly possess plenty of attacking intent and would no doubt add an element of sharpness to Chelsea’s somewhat blunt attack. The lacklustre showing against Leicester only highlighted the Blues’ need for further firepower and now the race is on to get deals for Aubameyang and Gordon done before Thursday’s fast-approaching deadline.