Chelsea youngster Omari Hutchinson has drawn some of the highest praise imaginable in west London side after being compared to club legend Eden Hazard.

The winger only joined the Blues in July – after leaving Arsenal for an undisclosed fee – but has already made an impact on the side after his impressive performances for the U21 team.

High expectations are already being built for the 18-year-old, who’s been touted for a first-team debut in the near future, given his likeness to their former Belgian star. 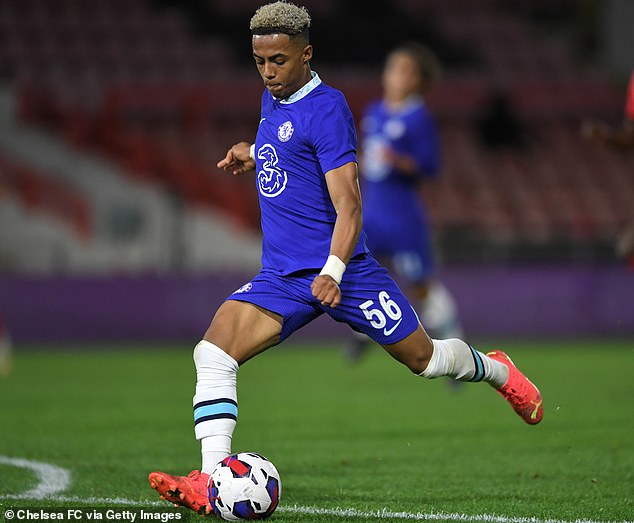 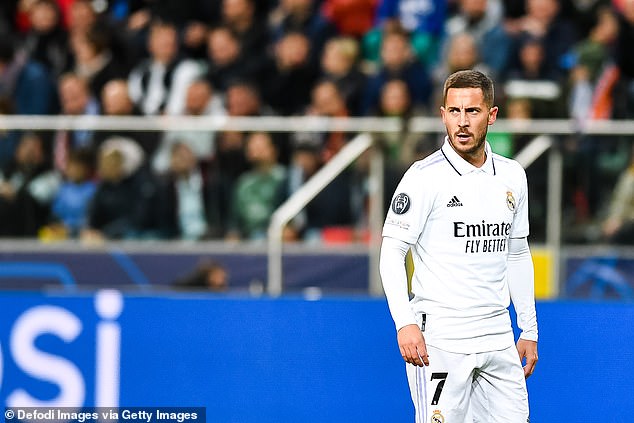 According to the Athletic, youth coaches have compared Hutchinson with Hazard due to his similar dribbling style, explosive pace on the ball and lethal finishing.

The 18-year-old has justified such praise with his impressive performances in recent weeks. Last Tuesday, he was instrumental in their 3-2 win over Leyton Orient in the EFL Trophy as he scored the opening goal in emphatic fashion.

Having received the ball inside his own half, the winger drove up their pitch, threw in a shimmy to put-off the opposing defender before applying a ruthless left-footed finish.

Just three days later, he was back in action taking on Blackburn’s U21 side in the PL2. He was instrumental in the 3-0 victory, providing an assist for the opener before smashing home a spot-kick – after he was fouled in the box. A true ‘one man show’. 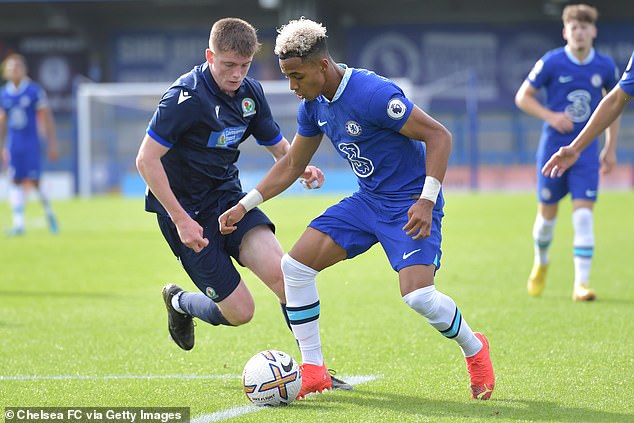 His electric performances have earned calls for the winger to be involved in Chelsea’s first-team set-up – which may not be far away from happening.

The 18-year-old had been heavily involved with first-team training across the most recent international break under the watchful gaze of Blues boss Graham Potter.

While there were a number of different youth products who were called up at the same time, Hutchinson was one of the few who remained when their international stars returned to Cobham. 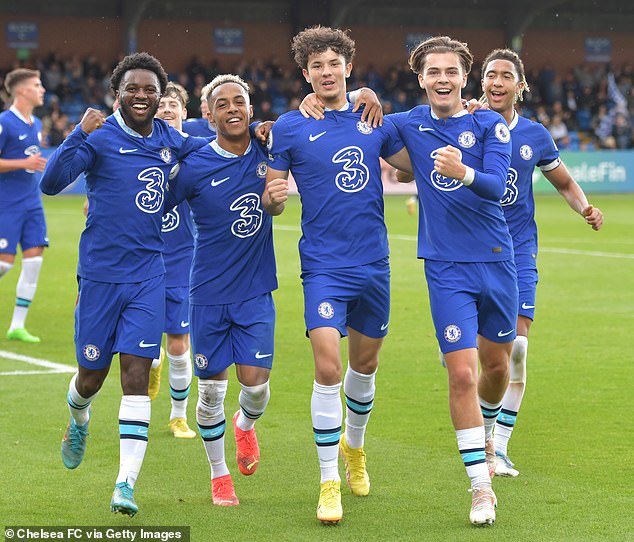 Chelsea’s U21 coach – Mark Robinson – has been full of praise for his starlet who he says has dealt with ‘the big expectations’ faced when he first joined.

‘Omari has been fantastic. When you are a young player and you make that change of club, there is a lot of pressure on you,’ Robinson said.

‘When he first came in, he probably felt that pressure, the big expectations on him moving from Arsenal and coming across to Chelsea.

‘I think, in his early performances, there was that pressure. But as time has gone on, you are seeing him relaxing more and more and he is really starting to show the player he is going to be.’ 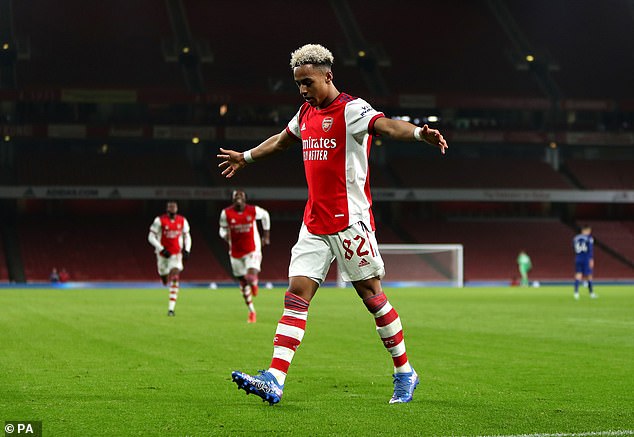 Hutchinson started his career at Chelsea at the age of seven before leaving to join Charlton Athletic – the club which his older brother was playing for at the time.

After two years with the Addicks, Hutchinson left the club and after a string of unsuccessful trial, took a year out of academy football.

He joined Arsenal at Under-12 level, where he stayed for seven years before making the move across London earlier this summer.