The Blues have been looking for a left-sided centre-back since the summer and were unable to agree a deal with RB Leipzig for the Croatian World Cup star Josko Gvardiol.

It was understood that Chelsea had reached an agreement to sign Badiashile earlier this week – and agreed personal terms for a long-term contract. 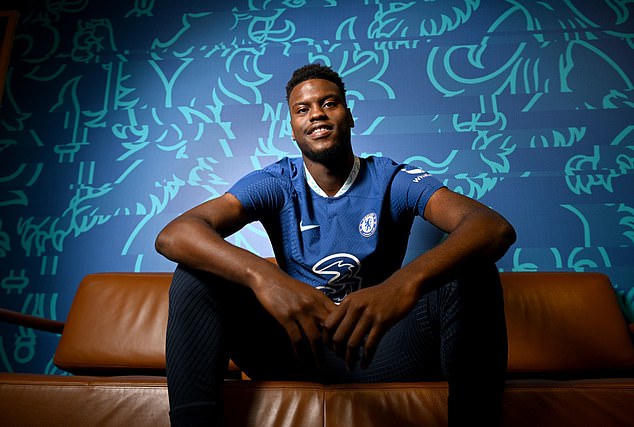 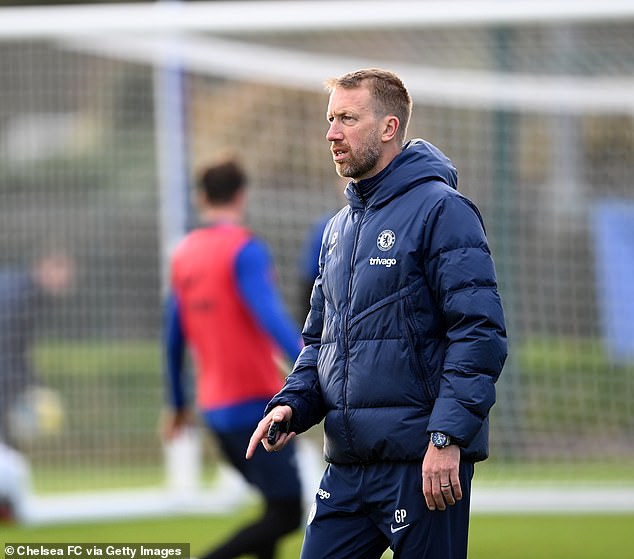 Badiashile then arrived in the capital and completed his medical before completing his transfer.

The French centre-back was left out of Monaco’s side to face Brest on New Year’s Day as details were finalised ahead of his departure to London.

The defender told the club website: ‘I’m very happy to be here at Chelsea. I’m so excited to start playing for this club. I can’t wait to see the fans and start playing in the best league in the world.’ 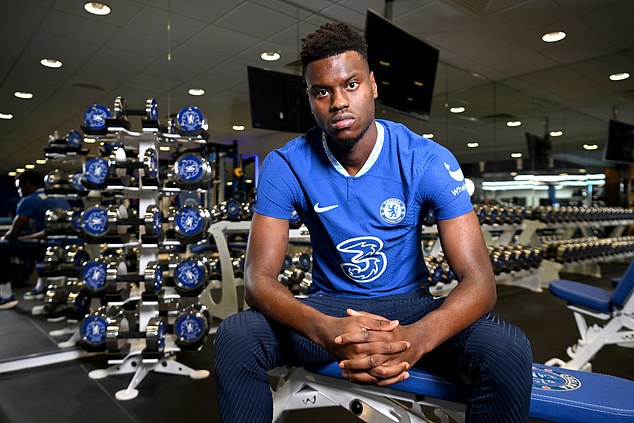 Badiashile said: ‘I can’t wait to see the fans and start playing in the best league in the world’ 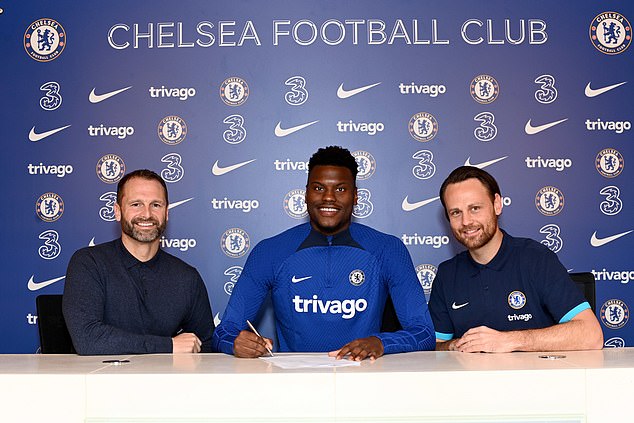 ‘He’s an excellent young player who has quickly established a strong reputation for himself and has a huge amount of experience for his young age. We are sure he will form an important part of our team in the years ahead.’

Badiashile, who was the subject of a bid from Newcastle United last year before picking up an injury, will compete with Thiago Silva, Kalidou Koulibaly, Wesley Fofana and Trevoh Chalobah for the central defensive positions at Stamford Bridge.

The young defender, who also attracted interest from West Ham and Sevilla, made his Ligue 1 debut for the Monegasque club in 2018 aged just 17 and went on to make 20 appearances in his inaugural campaign with the club. 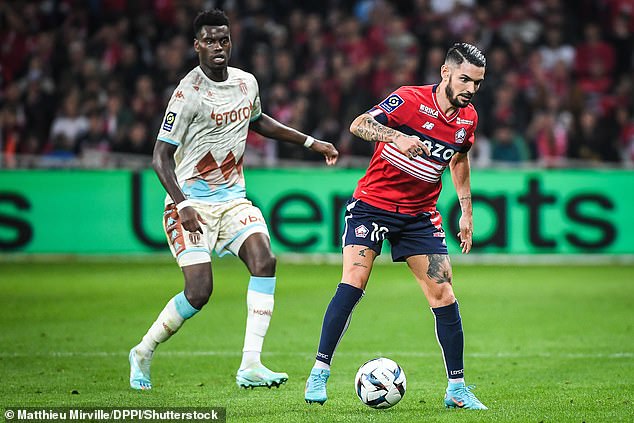 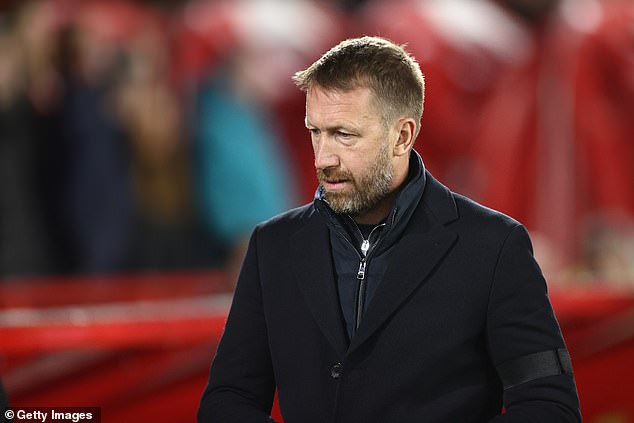 Potter will hope his arrival offers a major boost to Chelsea, who are languishing in 10th place 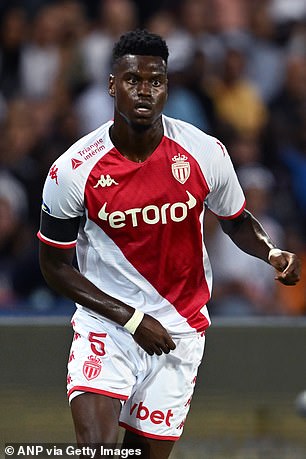 As a left-footed defender, Badiashile can play both on the left-hand side of a central three in defence, or in as part of a back four formation

Since then, he has made a total of 135 appearances for Monaco, and was part of the team that reached the French Cup final in 2021.

After representing France at every youth level, Badiashile’s domestic performances for Phillipe Clement’s side saw him called up to the senior squad earlier this year, making his debut in a 2-0 Nations League win over Austria in September.

But the Blues boss was not drawn on any speculation ahead of Thursday night’s Premier League clash with Manchester City.

‘It’s a good question but the problem is if I answer it and I’m specific in that answer, every single player in that area will be linked with Chelsea,’ he said.

‘So I have to dodge it – and I hope you can understand why I’m dodging it. I always answer that part of the question by saying that I’m the head coach and my responsibility is to the players that are here. 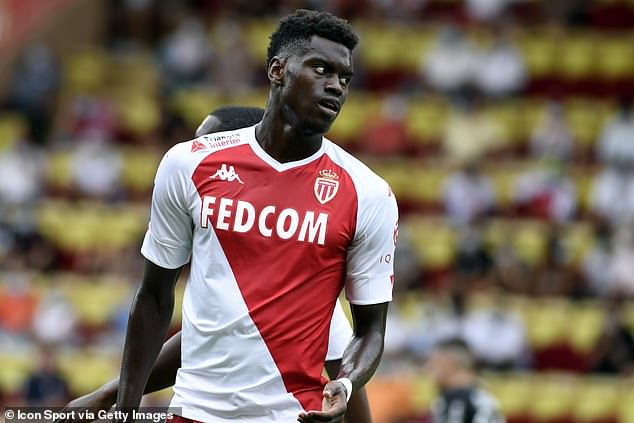 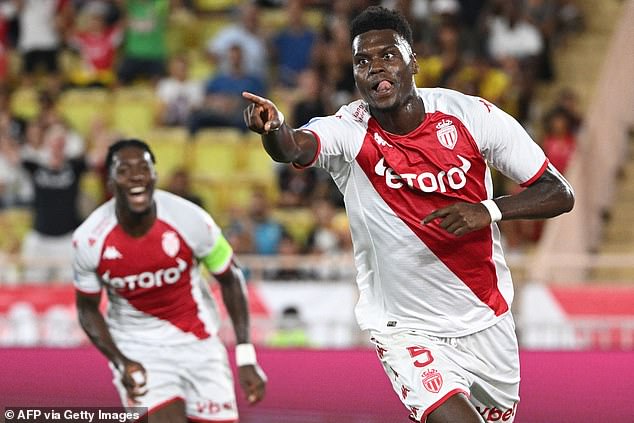 ‘We will try in every window to improve, but January is a complicated one because it’s the middle of the season.

‘And in the meantime, we have to deal with all the noise of Chelsea getting linked with everybody and I don’t comment on any player that isn’t a Chelsea player.

‘As always, and it’s a boring answer, but my job is to help the players that are here and support the club in terms of decisions they make in terms of how to improve.’