A goal in the 11th minute of stoppage-time by Antoine Griezmann earned Atletico Madrid a 2-1 home win over 10-man Porto in the Champions League on Wednesday after a frantic end to the match.

With the sides meeting in the competition’s opening group fixture for the second year in a row, they were locked together at 0-0 as the game went into added time.

Atletico defender Mario Hermoso opened the scoring when his deflected shot from the edge of the box left Porto keeper Diogo Costa helpless. 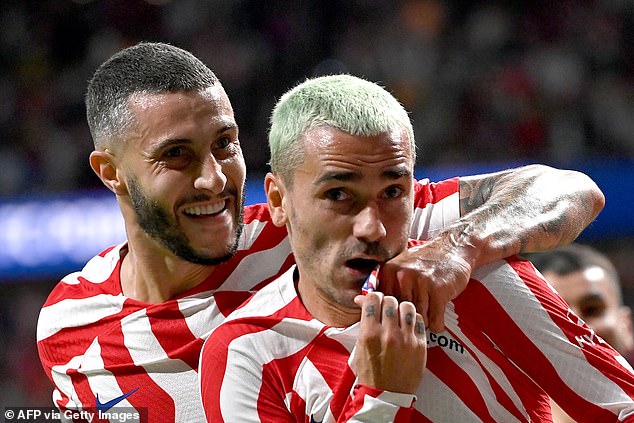 Porto midfielder Mateus Uribe levelled four minutes later from a penalty before substitute Griezmann sealed victory for the hosts with a close-range header in the 101st minute.

Teenager Abakar Sylla scored the only goal just before half-time as hosts Club Bruges beat Bayer Leverkusen 1-0 in the Champions League on Wednesday.

The 19-year-old scored in the 42nd minute when his flicked header from a corner to the near post was caught by Leverkusen goalkeeper Lukas Hradecky, but he fell back over the line with ball in hand to give the Belgian champions a winning start to their Group B campaign.

It was Sylla’s first goal for the club in his fifth start and topped a strong individual performance. 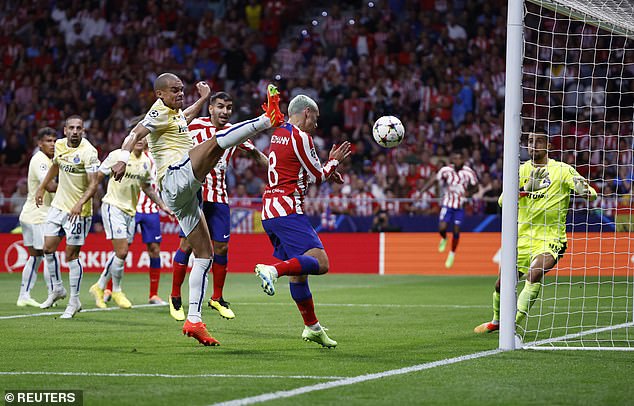 Leverkusen had the ball in the Bruges net twice in the space of four second-half minutes, but both were called back for offside.

The first was a tight call when Callum Hudson-Odoi’s curling 73rd-minute free kick almost evaded all and bounced into the net, with the faintest of touches along the way from tall striker Patrik Schick.

Yet it was disallowed after a touchline review by the Bosnian referee Irfan Peljto. VAR showed Leverkusen’s Jonathan Tan was fractionally offside as he jumped alongside Schick, trying to get a touch onto the free kick.

The referee had a much easier decision soon after when Schick put the ball in the net but from a clearly offside position.

Leverkusen created more chances but failed to find their range, although Moussa Diaby forced home goalkeeper Simon Mignolet to touch his rasping shot onto the post and away to safety in the first half. 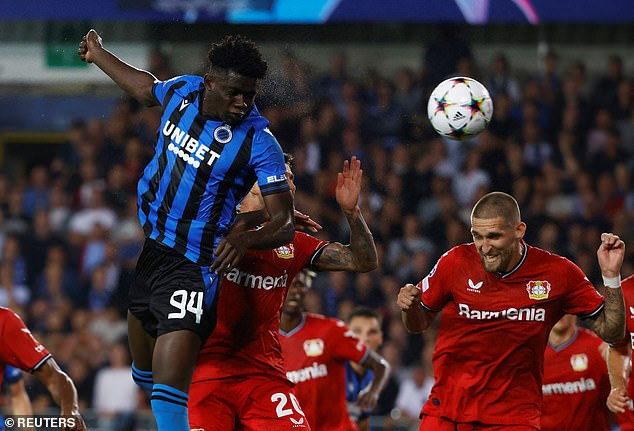 Mignolet was also at full stretch to deny a stinging free kick from substitute Adam Hlozek two minutes into stoppage time at the end of the game.

Bruges are at Porto next week while Leverkusen host Atletico Madrid at the same time in their next group games.

Sporting stunned the home team with two quick-fire goals early in the second half. Edwards opened the scoring with a deflected shot in the 65th, two minutes before he set up Francisco Trincao for 2-0.

Substitute Nuno Santos completed the scoring with another incisive attack in the 82nd minute.