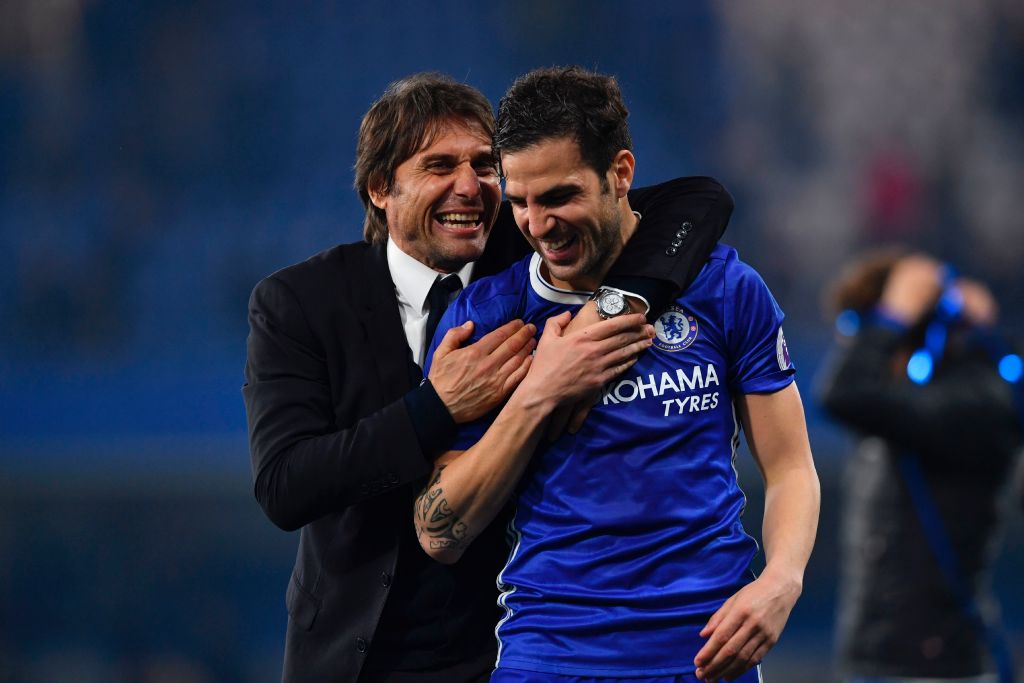 The Italian signed an initial 18-month contract with Spurs retaining the option of extending that deal if all parties are satisfied.

Conte first arrived in England when he joined Chelsea in 2016 on the back of a trophy-laden period with Juventus and he guided the Blues to the Premier League title during his debut campaign at Stamford Bridge.

The 52-year-old left the summer after but not before lifting the FA Cup after victory against Manchester United at Wembley.

Conte has since guided Inter Milan to the Serie A title and he arrives in north London with a reputation for being a tough but world class coach.

And the former Arsenal and Chelsea midfielder summed up the mood among Spurs’ rivals today by praising Tottenham’s appointment through gritted teeth.

‘I hate to say it but what an appointment by Spurs,’ said Fabregas.

Conte will take charge of Spurs for the first time against Viteese on Thursday before a first Premier League outing against Everton on Sunday.

The Italian will then have the international break to work with his players, which a coach as meticulous as Conte will value.