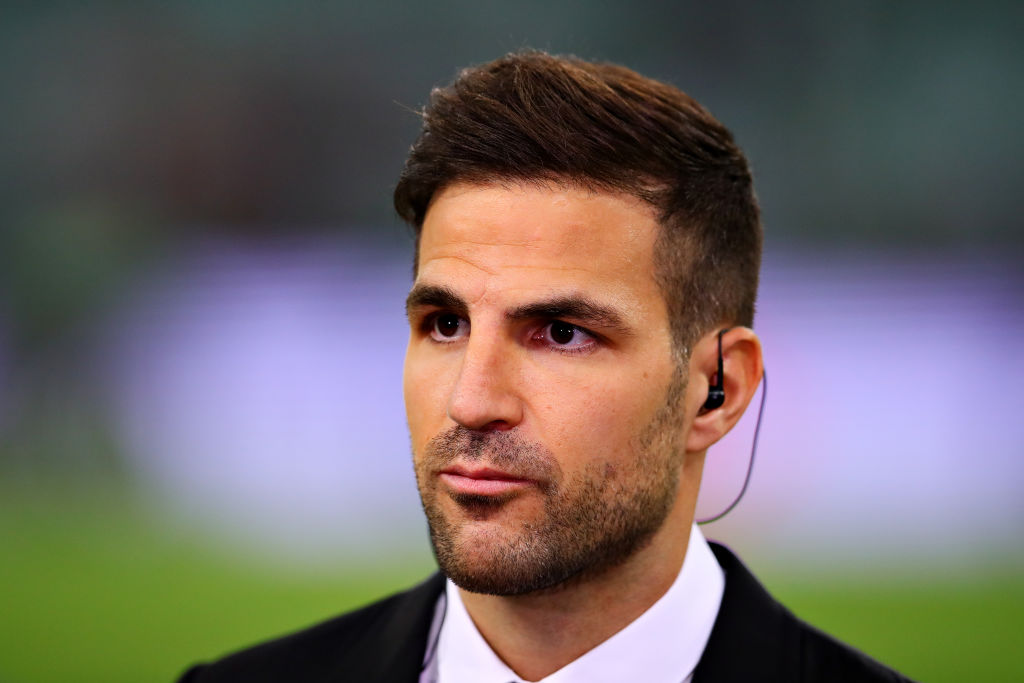 Former Arsenal captain Cesc Fabregas has hailed the club’s young stars following their terrific season and believes that they can lead the side to great things.

All four players have had brilliant campaigns in red and white and have helped put the Gunners on the verge of qualifying for the Champions League, something they will achieve if they beat Tottenham in Thursday night’s north London derby.

Fabregas was one of Arsenal’s most revered young players and spoke very highly of Mikel Arteta’s current crop of youngsters in an interview with LondonWorld.

He said: ‘There are three or four [players] that I really like. I feel sometimes like I’m watching myself when I first started out.

‘You have the likes of Saka, Martinelli, Odegaard, Smith Rowe… it’s great to see.

‘Even [Eddie] Nketiah recently who has been scoring goals. Their recent performances will give them confidence.’

35-year-old Fabregas is currently winding down his career with Monaco but will always be remembered as one of the best midfielders of his generation.

He made his Arsenal debut at 16, and was named club captain at just 21, but in his eight years at Highbury and the Emirates he would only lift the 2005 FA Cup, before going on to win lots of silverware with Barcelona, Chelsea and Spain.

He has high hopes for the Gunners’ vibrant, youthful team and there are similarities between himself and the new generation, with 23-year-old Odegaard looking set to be named as the new club captain in the summer.

‘Every young player needs some time to adapt to the real highest level of football and Arsenal are giving opportunities to them,’ Fabregas added.

‘This will give a lot of value to the squad not only economically, but also football wise. Hopefully in a few years we can see the results of it.’