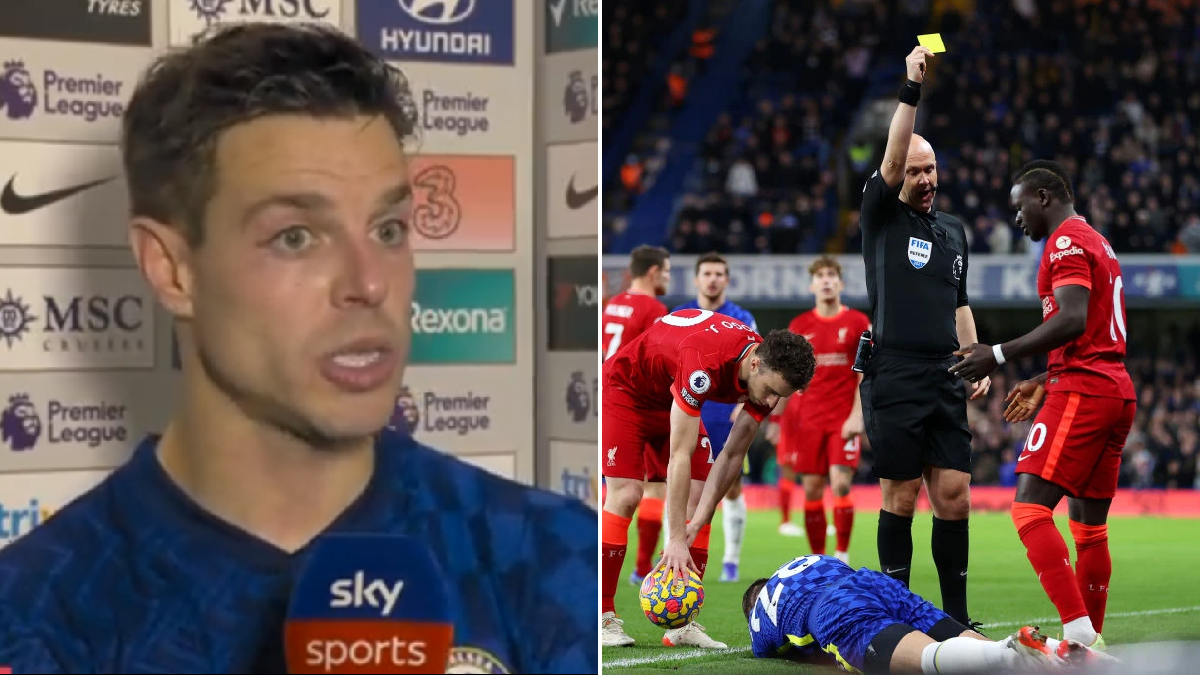 Cesar Azpilicueta insists Sadio Mane’s elbow on him was a ‘clear red’ and slammed Premier League officials for their lack of consistency.

Reacting to the incident post-match, Azpilicueta told Sky Sports: ‘It’s a clear red, I don’t mind if it’s five seconds into the game and the first actions, it’s a clear red.

‘The other day we had two penalties where VAR didn’t come, today the first action is a clear red card.

‘Of course We are getting these decisions against us that of course could change the way of the game.’

‘I can understand we are promoting 50/50 challenges in the Premier League, but sometimes we have seen joke penalties and sometimes, we see real dangerous actions and we don’t take action.

‘We saw for a few weeks, for a few games where referees become a bit softer in terms of red cards.

‘Then it becomes the opposite – I don’t know what happens. We don’t have consistency even in the same game or through the season. It is disappointing.’