Celtic’s Josip Juranovic is closing in on move to Serie A side Monza, with the Chelsea target edging towards a £7m switch after impressing at the World Cup with Croatia

Celtic’s Josip Juranovic is edging closer to a £7million move to Serie A new boys Monza.

Both Juranovic and Giakoumakis turned down improved contract offers from Celtic before Christmas. And the Croatia World Cup defender is keen to join Monza – owned by former Italian Prime Minister Silvio Berlusconi — on loan with a deferred £7m fee agreed for the summer. 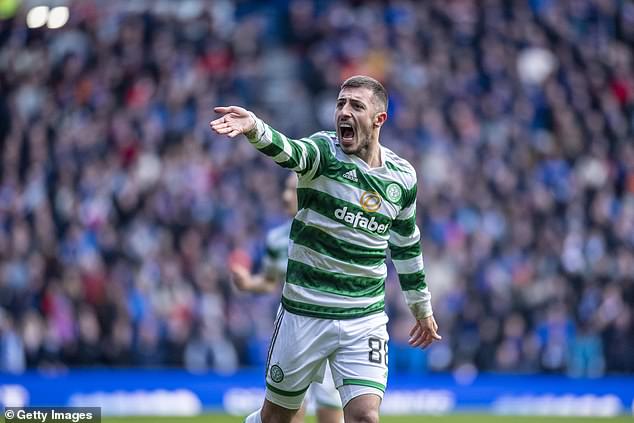 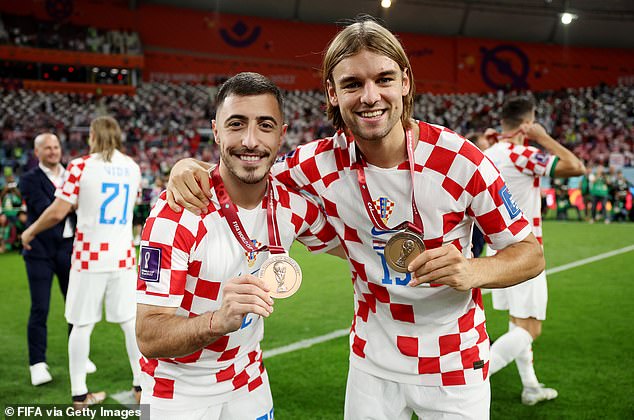 The right back’s representatives held talks in Milan at the end of last week. Now Monza chief Adriano Galliani is keen to cut a deal with Celtic in the coming days. Reports in Japan, meanwhile, state that Urawa — bankrolled by Mitsubishi — are in discussions with Celtic over a transfer fee, with ‘negotiations progressing well’.

Currently earning £11,000 a week in Glasgow, Giakoumakis is frustrated by both his salary and his lack of game time.

Giakoumakis last scored for Celtic in October, but hit the woodwork twice after appearing as a substitute in a 2-0 win over Kilmarnock. 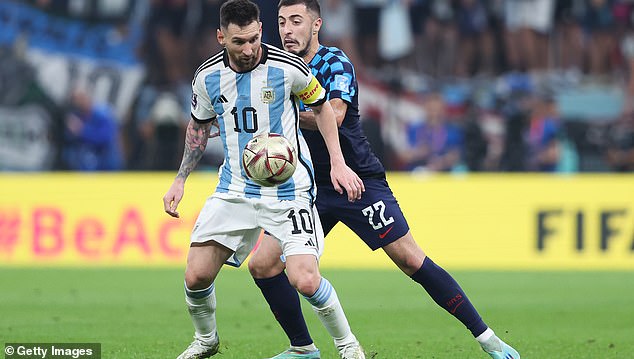 Ange Postecoglou swerved speculation over the striker’s future, saying: ‘I just deal with what’s in front of me. Giako has been working hard but Kyogo is in great form, scoring every week. So he’s having to come on and make a contribution — and he hasn’t flinched from that.’

Former Manchester United star Park Ji-Sung is handling negotiations on behalf of Jeonbuk Hyundai Motors, with the Scottish champions prepared to pay close to £3m to get their man.

Reports in Germany say Mainz have cooled their interest in the striker after concerns over the financial package.