Celtic 2-0 Kilmarnock: Jota ends visitors’ impressive resistance to send Ange Postecoglou’s side 12 points clear of Rangers at the top of the Scottish Premiership as Killie’s woeful form on the road continues

Jota ended Kilmarnock’s impressive resistance on the stroke of half-time to send Celtic on their way to a 2-0 victory which put them 12 points clear at the top of the cinch Premiership.

Killie arrived at Celtic Park with only two points gained on the road this season but gave the home side very little encouragement in the opening 44 minutes.

However, Jota netted from close range in the final minute of the half and Ash Taylor turned into his own net six minutes after the interval as he tried to stop Kyogo Furuhashi from scoring. 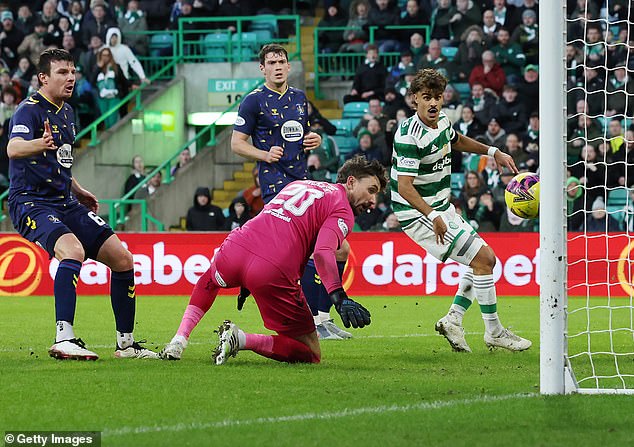 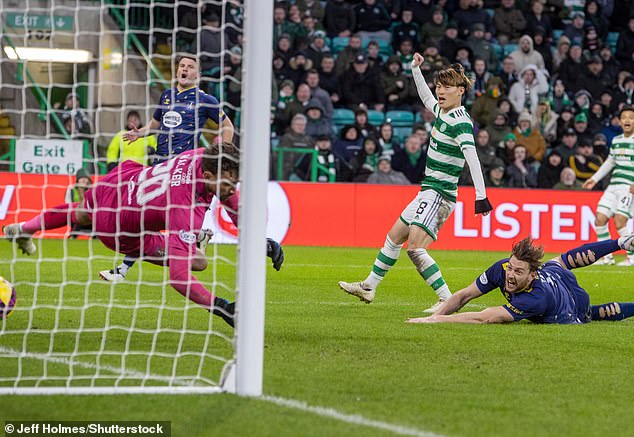 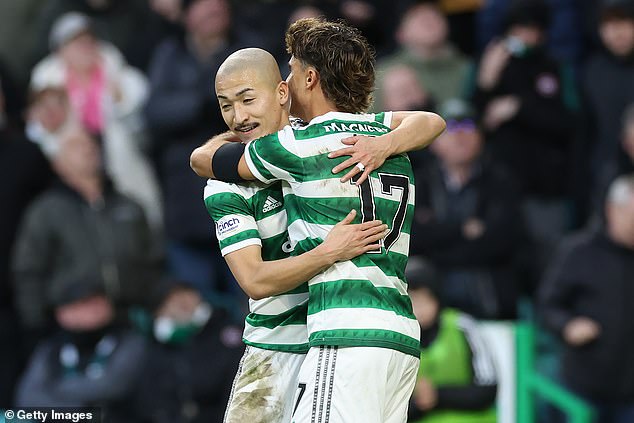 The champions threatened to score several more as they put further pressure on Rangers ahead of their nearest challengers’ trip to face Dundee United on Sunday.

There was a pre-match tribute on the big screens to Frank McGarvey following his death on New Year’s Day and the former Celtic striker shared a minute’s silence with Pele and Pope Benedict XVI. 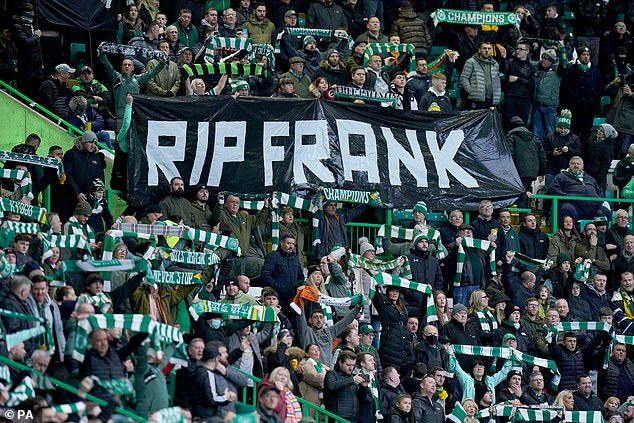 A minute of silence as observed for Frank McGarvey, alongside Pele and Pope Benedict XVI 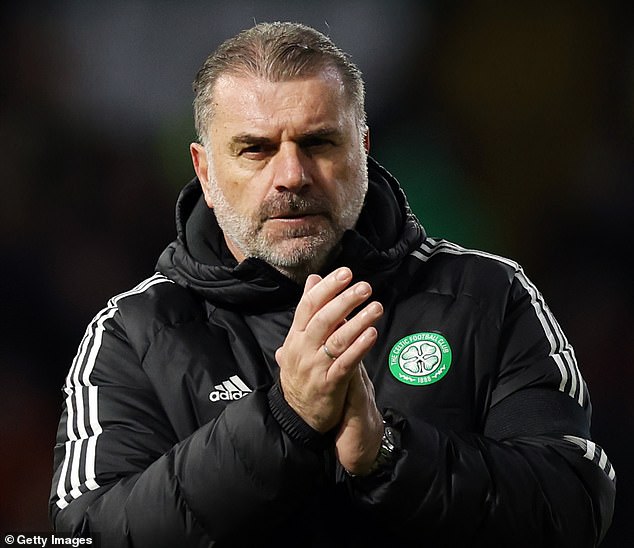 Postecoglou claimed on Friday there was ‘zero chance’ major penalty decisions against his team would even themselves out over the course of the season and Killie had an appeal inside 30 seconds when debutant striker Kyle Vassell went down under the attention of Carl Starfelt. Nick Walsh played on after a VAR check.

Killie lined up with five at the back and defended from the front to deny the Celtic midfield time on the ball.

The tactic worked for the vast majority of the first half. Celtic took 20 minutes to force a corner and another five before getting their first effort at goal, when Jota’s deflected effort was easily held by Sam Walker. 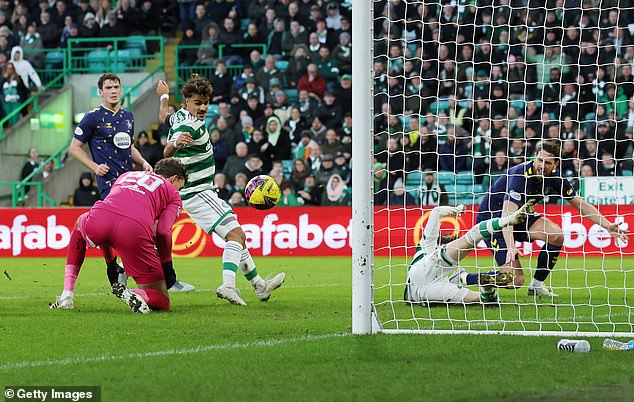 The visitors also had some moments going forward. Chris Stokes’ cross hit the top of the crossbar and Ash Taylor headed on to the roof of the net. 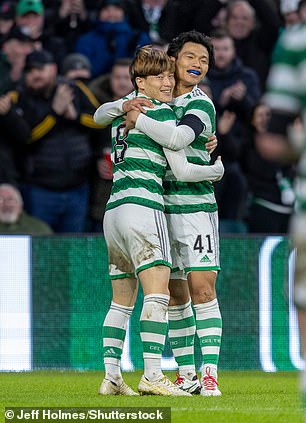 Furuhashi was beaten to the ball by  Taylor

Celtic had a goal disallowed in the 41st minute when Jota was called offside from Mooy’s lofted pass after the Portuguese winger’s low cross was turned home by Furuhashi.

But the decision looked straightforward and the away side looked like deservedly going in level at half-time until Bernabei’s pass sent Daizen Maeda in behind Lewis Mayo. The Japan international cut the ball back and Jota knocked it home from close range after Furuhashi had slid in front of Walker.

Walker blocked Jota’s shot with his foot after the break but he was beaten in the 51st minute following a counter-attack.

Reo Hatate overlapped Mooy and received a pass before sending in a low cross towards Furuhashi. But the sliding Taylor beat the Japanese striker to the ball, with the ball firing in off the boot of the defender.

That was effectively game over and the rest of the contest saw Killie trying to keep the score down amid near-constant Celtic pressure. 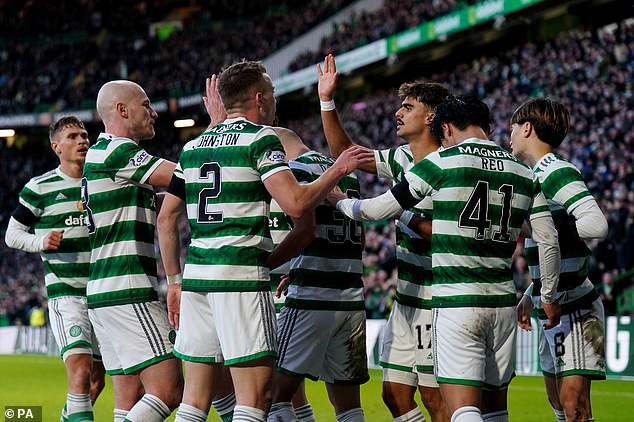 They managed to do so despite a series of close shaves. Maeda could not make the most of several chances, Walker made a good stop from Hatate’s 22-yard drive and substitute Liel Abada flashed an effort wide from similar distance.

The chances kept coming for the substitutes. Giorgos Giakoumakis saw a powerful header brilliantly saved and then hit the bar from long range, James Forrest hit Walker and then the post from two glorious quickfire opportunities and the goalkeeper pushed Matt O’Riley’s close-range effort onto the post.