Rangnick’s appointment was confirmed on Monday and the 63-year-old German arrived in the UK later that night ahead of stricter Covid rules coming into place.

However, Rangnick cannot start work until he has a permit and that process is being held up because he does not meet the FA’s criteria for a governing body endorsement. 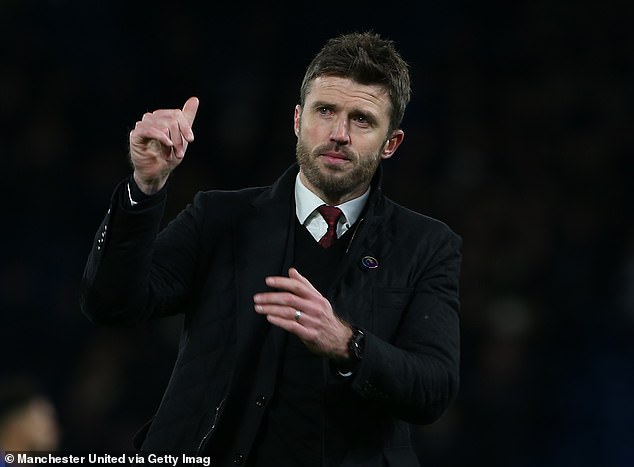 Rangnick has not managed a top-flight club in Europe for long enough in the last five years – either two years consecutively or a total of three years cumulatively – so he must satisfy a FA panel of his coaching credentials.

Rangnick’s permit is expected to be approved in time for United’s game at home to Crystal Palace on Sunday, but caretaker boss Carrick will take charge for the third time against Arsenal at Old Trafford on Thursday.

Carrick denied at the weekend that Rangnick had any input into his team selection or tactics in the draw at Chelsea, and it’s understood that the new manager is not allowed to do so without a work permit. 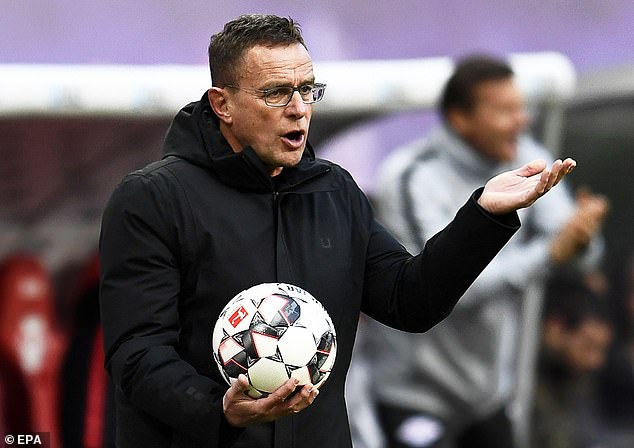 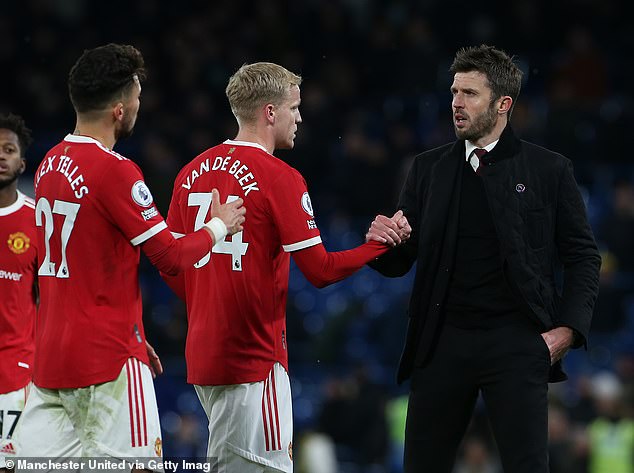 ‘Because of the process and work permit, we haven’t been able to (speak),’ said Carrick. ‘We’ve carried on. It’s worked well the last two games and hopefully will tomorrow.

‘Literally, I haven’t really got anything to update you on other than the work permit process is ongoing as we speak and I’m in the position as I was for Villarreal and Chelsea getting the boys ready for the game tomorrow night.

‘A lot has happened, in the last week to 10 days. I’ve had to certainly adapt and take on a new challenge and different kind of skill-set.

‘I’ve kind of enjoyed seeing how I’ve come out of my comfort zone and things I haven’t tackled before. It’s something you’ve got to learn on the job but for the most part I’ve enjoyed it.’