Six-time European champions Bayern Munich were stunned by their LaLiga counterparts on Tuesday night as Samuel Chukwueze’s strike in the dying seconds secured a 2-1 win on aggregate for Unai Emery’s side to send them into the final four.

The Spanish side took a 1-0 lead to the Allianz Arena from the first leg of the tie, but the German giants were very much expected to overturn that deficit and progress. 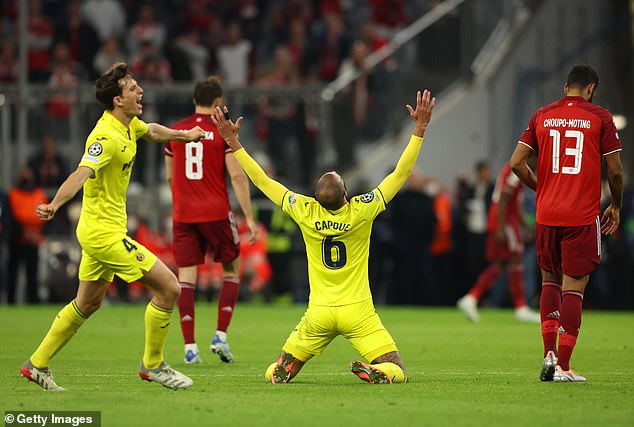 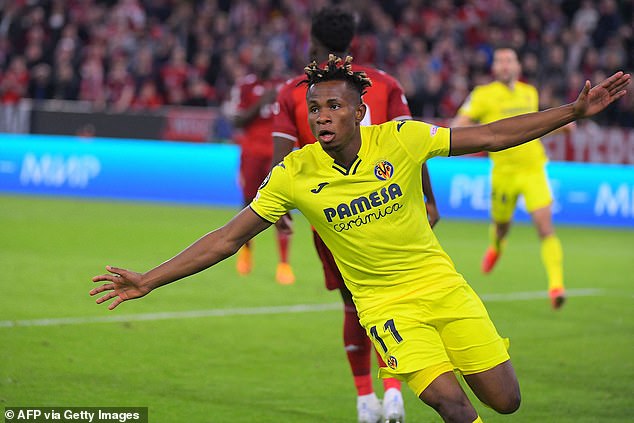 It’s the first time Villarreal have reached this stage of the competition since 2006 where they were knocked out by Premier League side Arsenal 1-0 with the goal from coming from Kolo Toure.

The Yellow Submarine will now face either Liverpool or Benfica in the semi-finals of the prestigious competition.

Jurgen Klopp’s Reds currently have a 3-1 lead after the first leg and are favourites to reach the final four, especially with the second leg being played at Anfield.

The surprise run of Villarreal in Europe, which has seen them dispatch Juventus and now Munich, is a bitter blow to the likes of Real Madrid president Florentino Perez and Juventus chief Andrea Agnelli, who would prefer Europe’s biggest competition to be a closed shop. 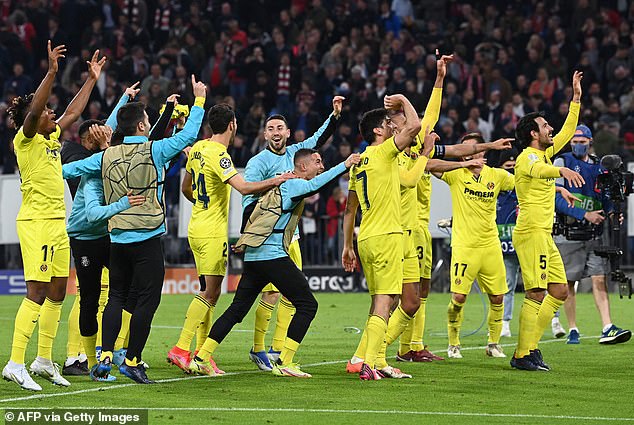 It has already been a year since the doomed ESL proposals passed with the anger and fury over the attempt to breakaway from UEFA still raging.

The 12 founding members of the proposal have not lived up to expectations, as Barcelona were dumped out of Europe’s top competition at the expense of Benfica, AC Milan finished bottom of their group, while Juventus and now Munich have been dumped out of the Champions League – all while Tottenham and Arsenal didn’t even qualify.

Although Munich were not one of the clubs that proposed the idea, the fact that they have been knocked out by small club Villarreal, just proves how open and competitive the Champions League can still be.

‘What a result for Villarreal and another reason to show why the Super League was bulls***,’ Carragher wrote on social media moments after Villarreal’s victory. 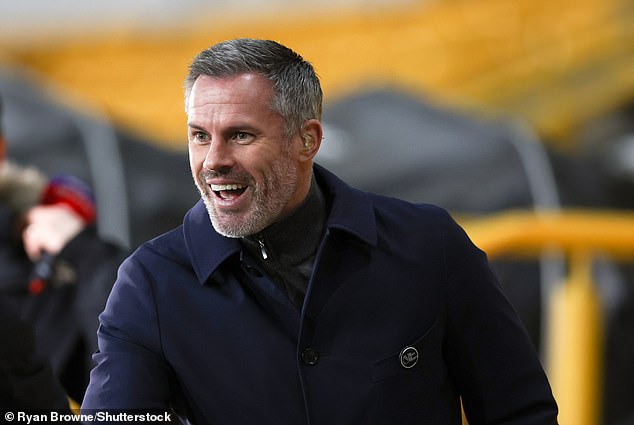 Despite the ESL proposals falling flat on their face, UEFA has been accused by a Premier League fans’ group of being out of touch with supporters over its Champions League reform proposals and of seeking to create a Super League by the back door.

European football’s governing body and its president Aleksander Ceferin praised supporters for their role in thwarting attempts to form a European Super League almost a year ago.

However, those same fans feel new proposals from UEFA to increase the number of Champions League group stage matches from six to 10 from 2024 and to reserve two qualification berths based on historic European performance rather than domestic achievement will create a ‘cartel’ of rich clubs and damage domestic competitions. 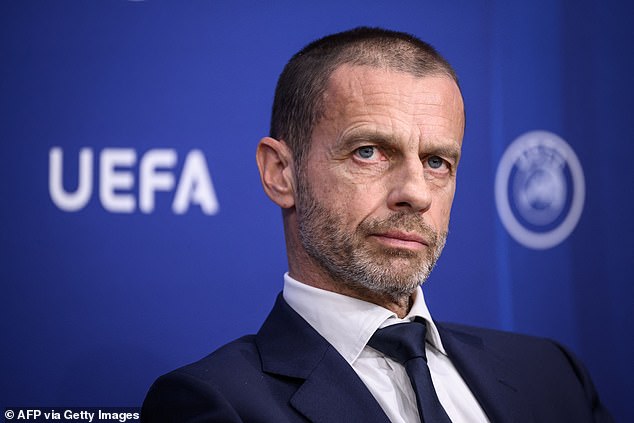 ‘We are united in opposition to proposals to reform the Champions League that are a back door attempt at a return to the discredited idea of a European Super League,’ the Network’s statement said.

‘Last year, it was our supporter groups that united to force the collapse of the European Super League. At the time, UEFA told us that fans were the heart of the game and promised fans’ views would be centre stage in deciding what came next.

‘So it is with great dismay that we now face the prospect of changes to the Champions League that will mean many more group games being played and entry for some clubs being based on a historical five-year “UEFA Club Co-efficient”.