Steven Gerrard knew the ‘brutal’ truth that he would have to ‘carry the can’ before his sacking at Aston Villa, says old Liverpool pal Jamie Carragher… and admits he is unsure when he will return to the dugout

Steven Gerrard always knew he would have to face up to the brutal part of being a manager when he took on the Aston Villa job, according to former team-mate Jamie Carragher.

Villa sacked Gerrard in the wake of a 3-0 Premier League defeat at Fulham on Thursday night, and confirmed on Friday morning his backroom staff had also left the club. 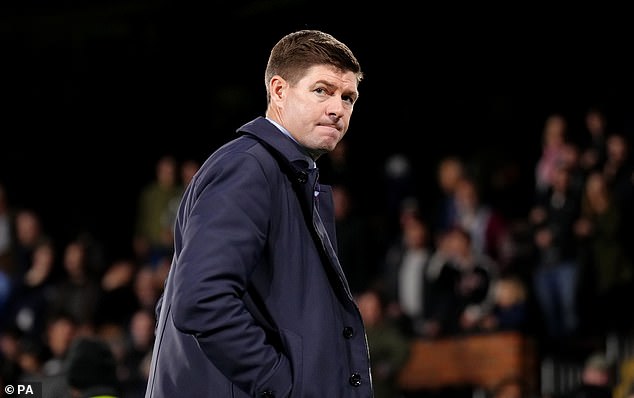 Steven Gerrard knew he would have to ‘carry the can’ at Aston Villa, claims Jamie Carragher 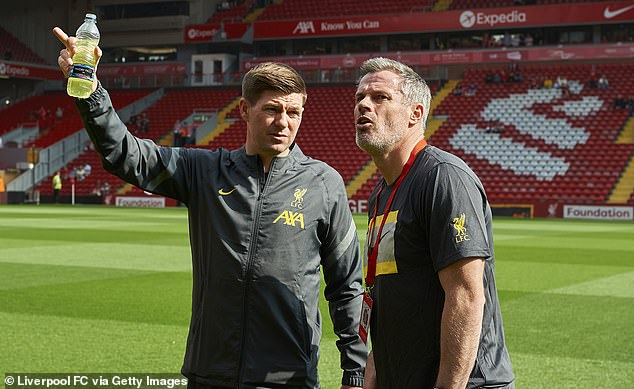 It remains to be seen who will next be in the Villa hotseat, with former Tottenham boss Mauricio Pochettino and ex-Chelsea manager Thomas Tuchel both likely to be among the contenders.

For ex-Liverpool and England midfielder Gerrard, though, it was a harsh lesson in how difficult the transition into a coaching career can prove, no matter your credentials as a player.

‘You can always look at the players, but every manager knows when he goes into a job, if the players are not performing at their best, it is the manager who is going to carry the can,’ former Reds defender Carragher told Sky Sports News.

‘Stevie is well aware of that. I’m sure he will be disappointed with certain performances, from individuals and the team.

‘But when you go into management, you know the price on the ticket – and if results are not right or whether the players are letting you down or not performing, it is the manager that carries the can. 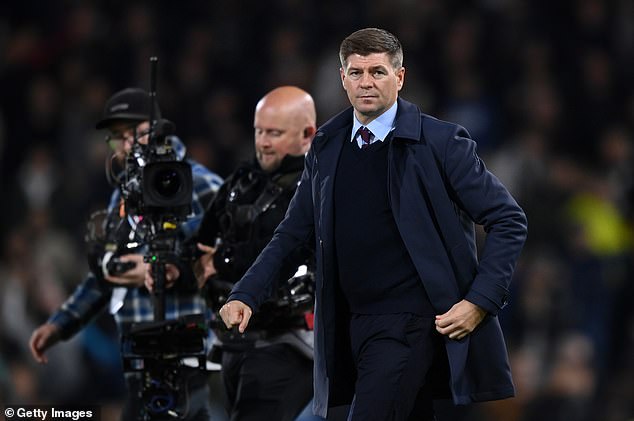 ‘That is always the case and that is the brutal part of football management.’

Gerrard had replaced Dean Smith, who was sacked in November 2021, and will now regroup as he mulls over his next step on the managerial merry-go-round.

‘I’m really not sure if Stevie would go back in or wait 12 months. I spoke to him a few days ago about the upcoming games and he’s not daft, he knows the situation,’ Carragher said.

‘It will be really interesting. That’s not what I have spoken to him about, whether he wants to be a manager for the next 20 years or he will pick certain jobs that will appeal to him.

‘I think that is what he has done with his jobs that he has picked. Whether Stevie would drop down to the Championship I am really not sure.’ 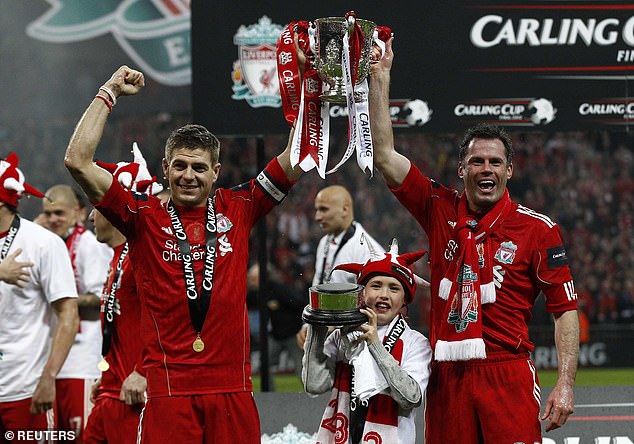 First-team coach Aaron Danks is set to take charge of the team for Sunday’s match against Brentford at Villa Park.

Villa chief executive Christian Purslow said: ‘The board has come to this decision following a full evaluation of results and performances over the calendar year.

‘We were clear when we appointed Steven that we set an objective of continuous improvement, but that has not been achieved despite everybody’s best efforts and we believe the time is right to make these changes now.

‘The process of appointing a new head coach is underway and we will update supporters as soon as possible.’