Four perfect penalties were enough to send Real Madrid into Sunday’s Spanish Super Cup final denying Valencia who took the game to 120 minutes but missed two of their spot-kicks.

Valencia keeper Giorgi Mamardashvili was superb over the 120 minutes but he could get nowhere near Madrid’s kicks in the shoot-out and so it will be Madrid who face Barcelona or Betis in four days.

Edinson Cavani stepped up first and beat Courtois but Karim Benzema was just as ruthless with his kick past Mamardashvili to make it 1-1. 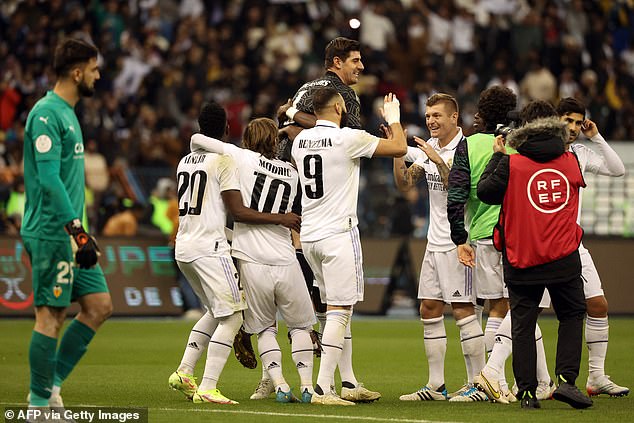 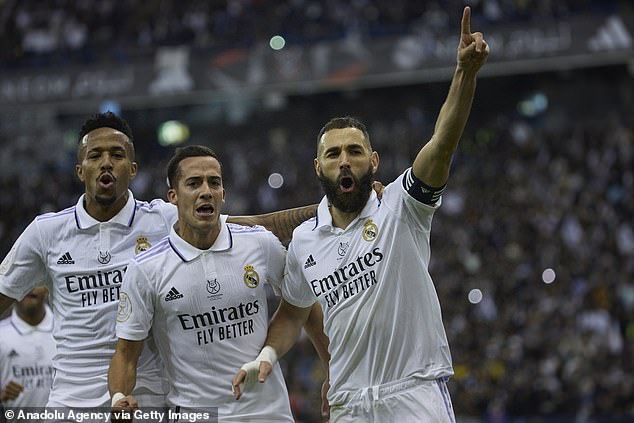 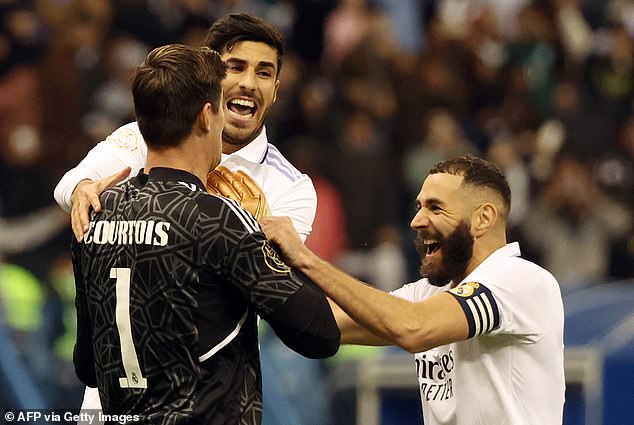 Up stepped Eray Comart and sent his kick over the top and when Luka Modric made no mistake it gave Madrid a 2-1 advantage.

Ilaix Moriba nonchalantly rolled in his kick but Toni Kroos passed his into the back of the net and it was 3-2.

Hugo Guillamon scored for Valencia and Marco Asensio netted for Real Madrid leaving Jose Gaya having to score to take it to Madrid’s last kick. It was straight at Courtois and when he blocked it Carlo Ancelotti’s side were through.

It had not been pretty but Madrid supporters will celebrate the fact that they are still on for a possible six trophy season. With the European Super Cup already won, and the World Club Cup and Spanish Super Cup available to them to accompany a league, cup and Champions League treble it remains a possibility. 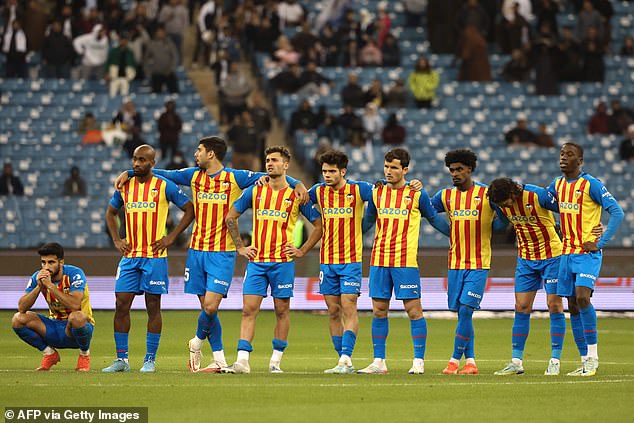 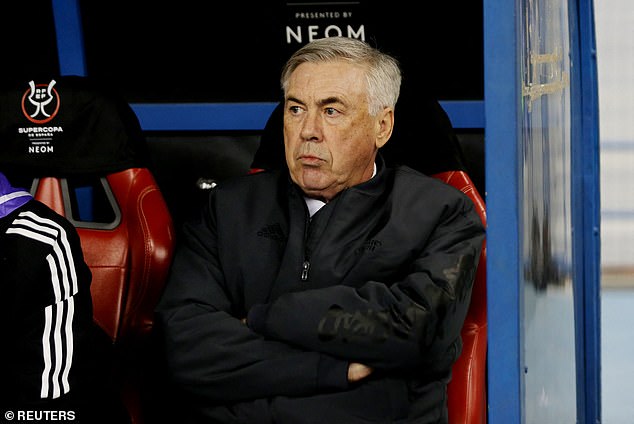 Madrid had started well when on form Benzema gave them the lead six minutes before the break. He won a penalty when fouled by Comart, and slotted coolly past Mamardashvili in the Valencia goal.

It was his fourth goal in three games since the World Cup went sour for him before it had even begun, and he was a popular scorer because in the half full King Fahd stadium most spectators were supporting Madrid and most of them seemed to be Benzema fans with some holding number nines above their heads.

It was what Madrid deserved. Benzema had come close to opening his account before and Valverde had also missed a chance. 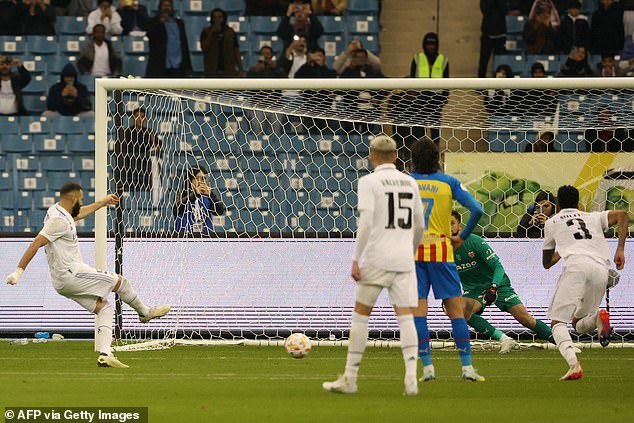 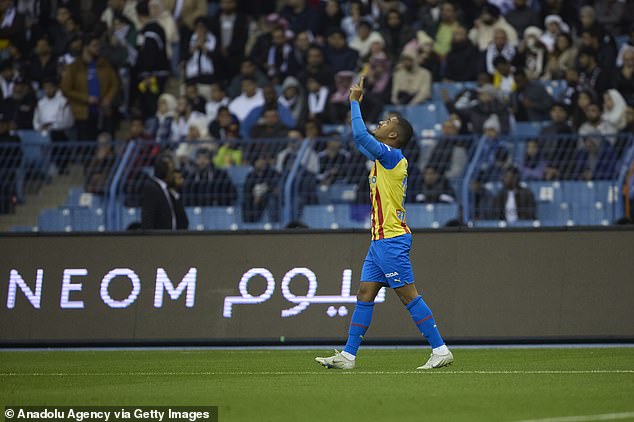 Valencia’s best opportunity came when Courtios saved from Cavani. They were improving and a minute after the break they leveled when Samu Lino ran in behind Lucas Vazquez at the back post to volley Toni Lato’s deep cross past Courtois.

Lucas’ night got even worse when he twisted his knee and ankle on the hour and had to be replaced by Dani Carvajal. Eder Militao was the next to fall, replaced on 73 minutes by Ferland Mendy. He had been hit in the head by a Lino shot and appeared dizzy as he left the field. It was turning into a heavy-legged, slow, injury interrupted affair and Lino was the next to go off with what looked like a muscle problem in his right calf. 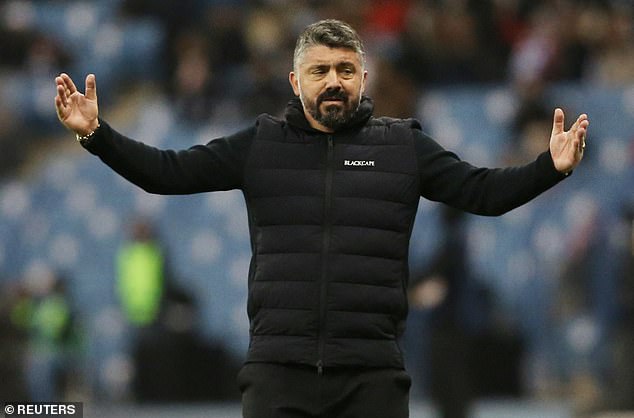 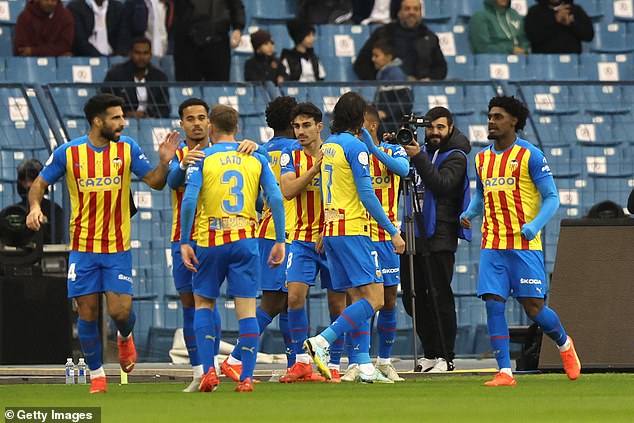 Benzema had a shot saved and Vinicius went on a mazy run inside the area but overrun the ball as Madrid tried to win it in normal time. Mamardashvili also blocked another Vinicius shot from close range. 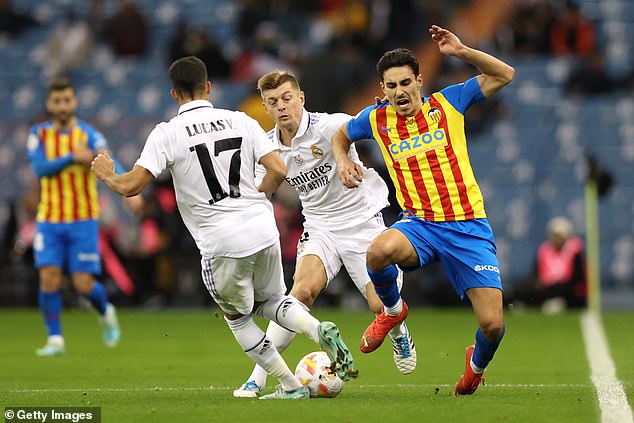 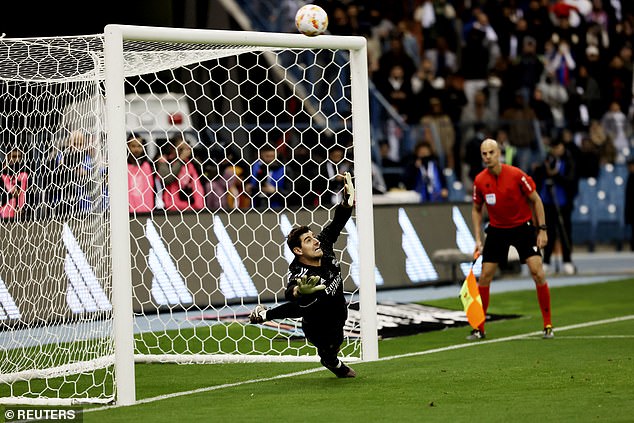 The Valencia keeper was at it again at the start of added time when he dived full-stretch to push Vinicius’ shot out for a corner. The 22-year-old Georgian then produced another save this time from Kroos.

Not to be outdone by his rival Courtois produced the next shot stopper keeping out Fran Perez’ goalbound effort and it was enough to take the game to spot-kicks where the Belgian made that block to keep out Gaya’s penalty and send Madrid through.