Cardiff 0-1 Luton: Harry Cornick comes off the bench to score winner with a deft header to keep visitors fourth in the Championship and on track for play-offs

Harry Cornick came off the bench to score the goal which earned Luton a 1-0 win over Cardiff at the Cardiff City Stadium.

The three points made it a very Happy Easter for the Hatters, who beat play-off rivals Nottingham Forest 1-0 on Good Friday, and kept them in fourth place.

Luton’s Welsh boss Nathan Jones, returning to a club where he played his youth football, was forced to make two changes from the side that rocked Forest. 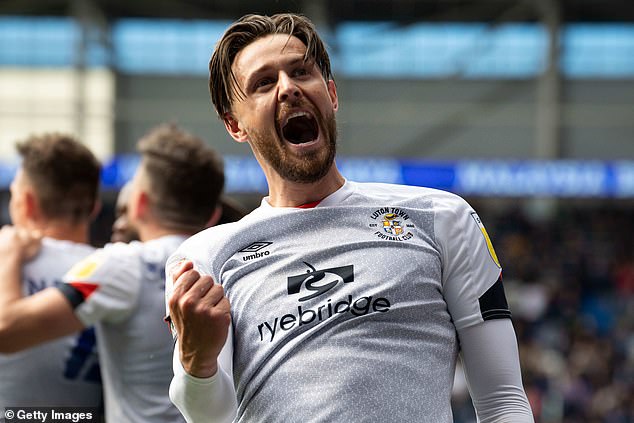 Sonny Bradley’s dismissal in that game meant Tom Lockyer came into the defence and Dan Potts lined up alongside him as Cornick dropped to the bench.

The Hatters started confidently enough and created a number of clear-cut chances in the opening 10 minutes as they went in search of revenge for the 2-1 defeat handed out to them by the Bluebirds at Kenilworth Road earlier in the season.

Having won a free-kick straight from kick-off, a Rob Snodgrass cross was headed inches over by Reece Burke to give the home side an early warning.

Snodgrass then set up Fred Onyedinma for a left-footed drive from just inside the area that should have at least hit the target.

All the pressure was travelling in one direction and then Luton skipper Kai Naismith unleashed a 25-yard thunderbolt which went high and wide. 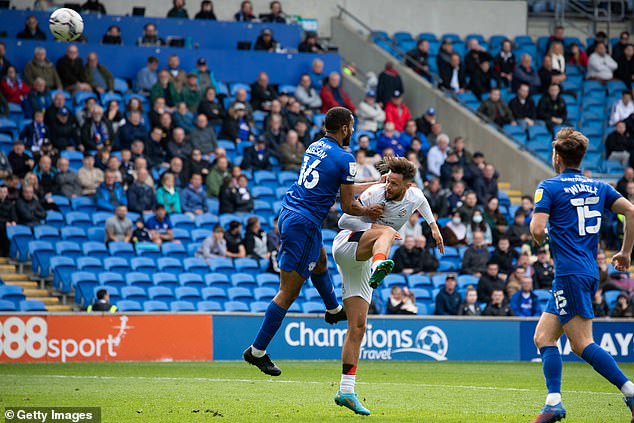 Having weathered the early storm, Cardiff found their rhythm and settled into the game.

Wales international Rubin Colwill created their first real chance with a neat move down the left and his low cross was almost squeezed in by Jordan Hugill.

The Bluebirds lost Alfie Doughty after 19 minutes and the addition of Zac Davies to their forward line soon brought new problems for the Hatters defence with his pace.

The best chance of the first half fell to Hugill in the 37th minute after Tommy Doyle picked up a loose ball in the centre circle and drove hard into the Luton half. 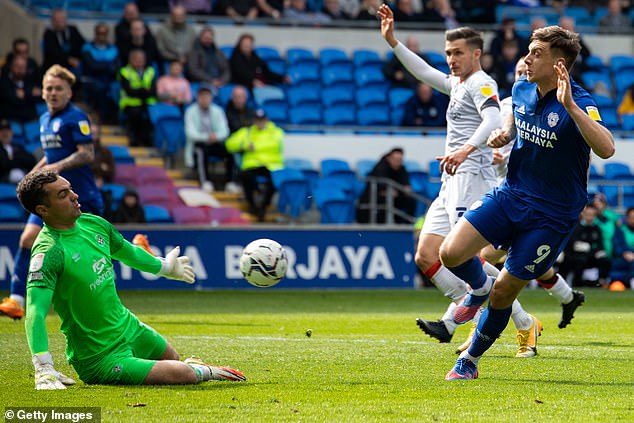 He picked out Hugill as he broke into the Luton box but the striker’s left-footed shot was brilliantly blocked by James Shea in the Hatters goal.

Shea limped out of the action in added time at the end of the opening half after damaging his right knee in a collision with Lockyer and Hugill.

Both sides had good chances at the start of the second half as the pace of the game picked up.

Snodgrass forced Dillon Phillips into a flying one-handed saved to keep out a fierce left-footed drive from the edge of the home box and then Hugill and Doyle combined to tee-up Davies, whose shot from six yards went over the bar.

The decisive moment arrived in the 71st minute when Snodgrass picked out Cornick, who came on for the injured James Bree just before half-time, in the box with a perfect pass from the left and he rose to beat Curtis Nelson to head home into the top corner.