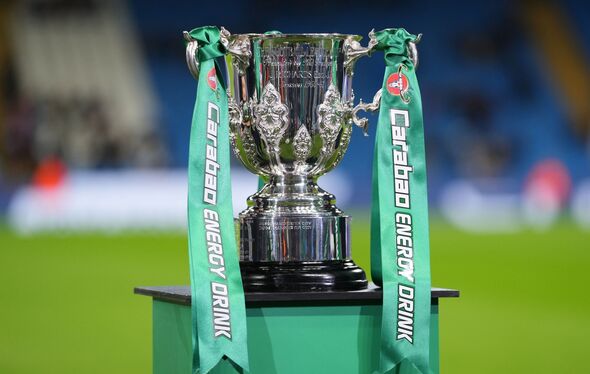 The Carabao Cup is reaching its crescendo with both Manchester United and Newcastle clinching their spots in the semi-final draw on Tuesday evening. Manchester City are hoping to continue their terrific record in the competition as they face Southampton this evening while Nottingham Forest and Wolves battle it out for history.

The semi-final draw takes place following the conclusion of both matches this evening. Newcastle made light work of their quarter-final against Leicester as they ran out 2-0 winners.

Meanwhile, United safely navigated a potential banana skin tie against Charlton with Marcus Rashford bagging a brace in their 3-0 victory. It’s now down to City, Southampton, Wolves and Forest to determine the final two spots in the semi-final draw.

The semi-finals are played over two legs with the first scheduled to take place on the week starting January 23 with the return fixtures played the following week. The Carabao Cup final takes place on February 26 at Wembley.

Good evening to those tuning in to find out what the two Carabao Cup semi-final matches will be!

Manchester United and Newcastle successfully navigated their quarter-finals against Charlton and Leicester respectively on Tuesday night.

We’re now midway through the other two quarter-finals with attention quickly turning to tonight’s draw.

Could there be a Manchester derby at Wembley? Can Newcastle go all the way and win their first major trophy since 1955?