Carlo Ancelotti stayed calm as Chelsea laid siege on his Real Madrid side – the call to switch Toni Kroos with Eduardo Camavinga was bold and upset the German, but it paid off

This could finish up being some season for Carlo Ancelotti – he has one hand on the Spanish title and is now in the Champions League semi-finals.

He could become the first coach to win Europe’s five major leagues and to win four European Cups, and in the same season.

It was not easy for him on Tuesday night, but then he knew he would not be. ‘We know we will have to suffer to get through, but we are ready to suffer,’ he said in the build-up. 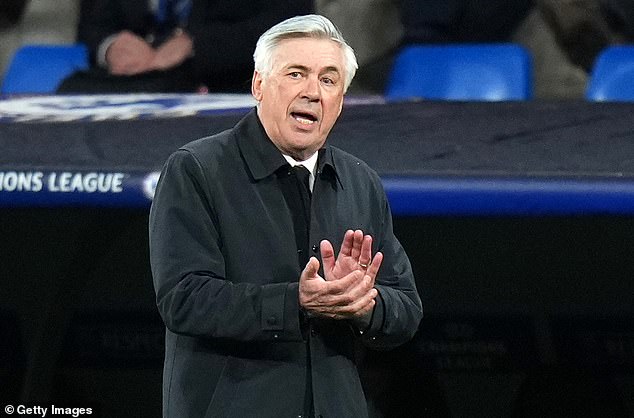 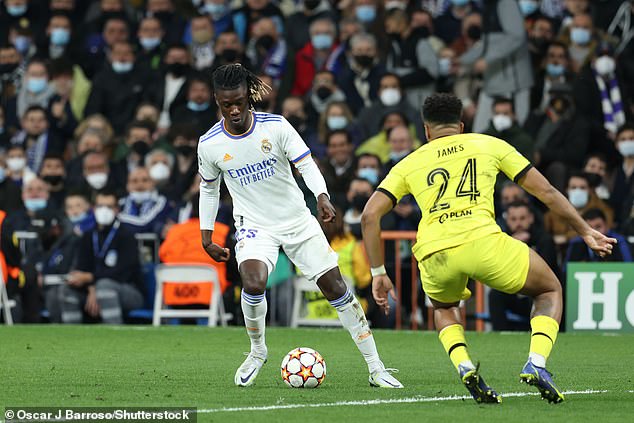 The 62-year-old still bears the scars of Istanbul 2005 and it’s the memories of that night will always be too clear for him to take any lead for granted.

He brought up his defeat to Liverpool as Milan coach recently when his team had won 3-0 to go 10 points clear at the top with 10 games left.

‘I once lost a Champions League final that we were winning 3-0 at half-time,’ he said. ‘I know to take nothing for granted’.

All that experience meant he stayed calm as Chelsea laid siege in the first half.

There were nervous conversations all over the pitch between Madrid players and going down the tunnel at half time Benzema started the inquest over the first 45 minutes as he walked off the pitch with Dani Carvajal. Things took a turn for the even-worse when Antonio Rudiger doubled the lead scored by Mason Mount.

Ancelotti had tried to be the epitome of calm after the first goal but when the second goal went in he needed to react. Vinicius and Benzema had been isolated up front because their midfield trio was too scared to leave the Madrid defence exposed.

Valverde was supposed be the third man in Madrid’s front three but was more concerned with following the runs of Marcos Alonso. 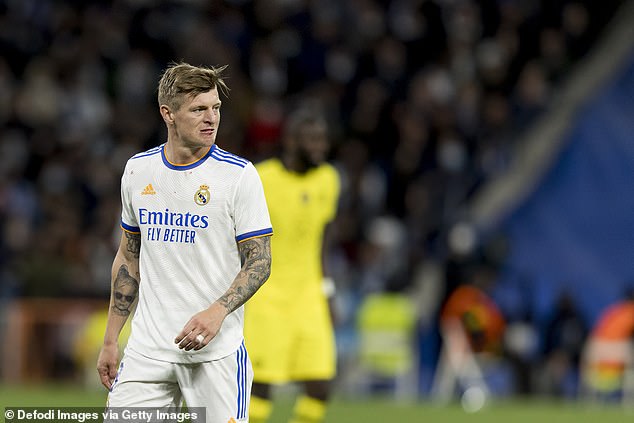 Kroos wasn’t pleased with being taken off but now, his side are preparing for the semi-finals 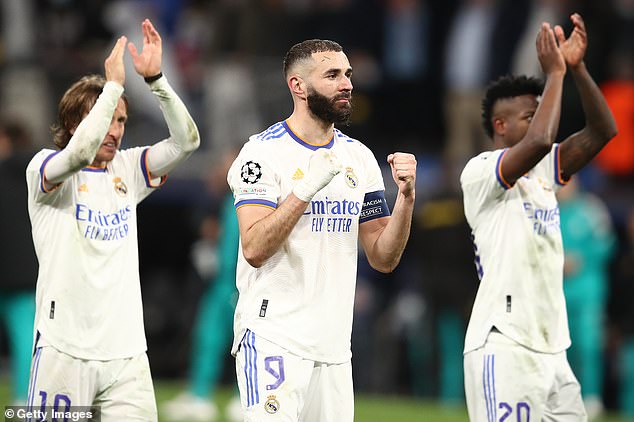 When Ancelotti made the big call to replace Toni Kroos with Eduardo Camavinga on 72 minutes the German let his manager know what he thought of the change. Ancelotti stretched out a conciliatory hand but then immediately watched his side concede again.

But his decisions paid off as Rodrgyo Goes forced injury time and Eduardo Camavinga’s energy helped win it. Benzema got the winner. Ancelotti even takes credit for that.

When he took over in June he was asked about the likelihood of Real Madrid not signing a forward to fix the attacking problems of last season. ‘Benzema will just have to score 50 goals instead of 30,’ he said. He’s on 36 and counting.