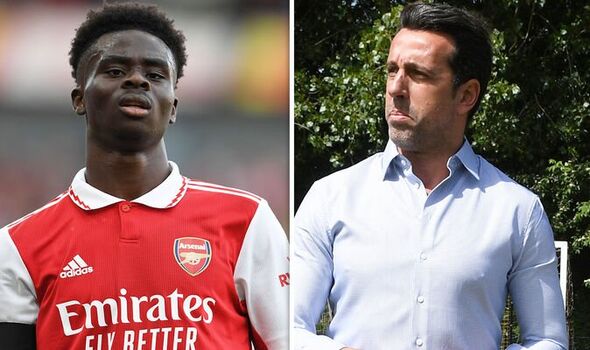 Arsenal will risk Bukayo Saka being burnt out if the Gunners do not bring in another winger before the end of the summer window. Technical director Edu has to complete a late signing in order to lessen the workload on the England international.

Saka does not turn 21 until next week but has already established himself as the star man in Mikel Arteta’s side. But at such a young age, Arsenal must be cautious of putting too much on him too soon.

Saka featured in every Premier League match last season, making 36 starts and two appearances off the bench. He was the only Arsenal star to do so, and no player younger than Saka in the division played more minutes than the 2,991 he managed.

He has started all four games so far this term but is yet to score and has just one assist to his name. The academy graduate has not hit his top form despite Arsenal having a 100 per cent record to date.

But the lack of a serious replacement for him is a concern. Fabio Vieira can play out wide but is yet to feature following his arrival from Portugal earlier this summer.

He played predominantly centrally, either as a midfielder or a false No 9, for former club Porto. Gabriel Martinelli can swap sides but prefers playing off the left, as does Emile Smith Rowe.

Saka will likely be rested for most, if not all, of the Europa League group stage matches. But the Premier League matches are still coming thick and fast and he cannot be expected to play every single one.

Arteta will already be considering resting him for the visit of Aston Villa on Wednesday, with a trip to Manchester United on the horizon on Sunday. But the departure of Nicolas Pepe on loan to Nice means there is a space for a right-sided player in the squad. 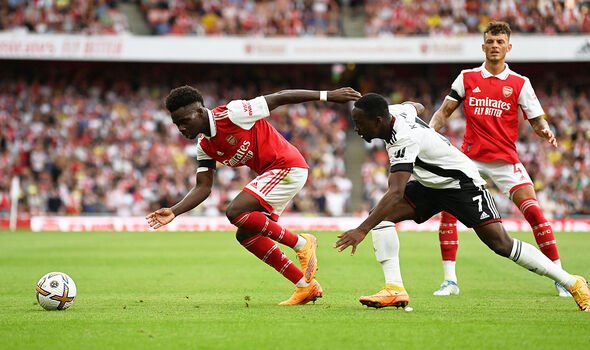 Arsenal’s failed pursuit of Raphinha earlier this summer shows they are in the market for that type of signing. Wolves star Pedro Neto also has plenty of experience in that position, and is left-footed like both Saka and Raphinha.

Neto is the top target for Edu, Arteta and co but Wolves will not make it easy. A deal looks increasingly difficult heading into the final few days of the window.

Wilfried Zaha’s name has popped up, though at 29 may not be the profile Edu is looking for. Arsenal have to make sure the signing is right for them and have a good recent history in the market.

But it is vitally important that they do have an option because they cannot afford Saka to be burnt out.