Bristol City 1-1 Sheffield United: Morgan Gibbs-White’s acrobatic strike rescues a point for play-off chasing Blades after Chris Martin had fired the home side ahead in the second-half

Morgan Gibbs-White kept Sheffield United’s Championship play-off bid on course with a second-half equaliser in a 1-1 draw with Bristol City at Ashton Gate.

The home side took a 49th minute lead when Antoine Semenyo broke down the left onto a long clearance from goalkeeper Dan Bentley and crossed the ball low for Chris Martin to fire home from close range.

But United equalised on the hour when Bentley saved a low shot from Enda Stevens only for Gibbs-White to acrobatically volley in the rebound from eight yards. 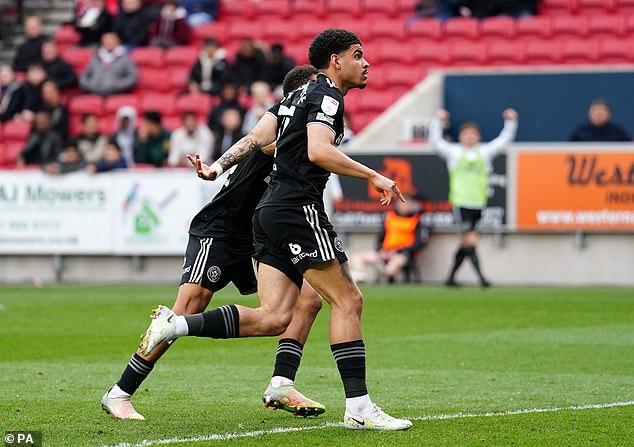 It was enough to earn his side a share of the spoils in a richly-entertaining game that did credit to both teams.

The visitors created all the clear first-half chances.

Oliver Norwood was first to threaten with a seventh-minute shot from distance that went wide.

Bentley kept his side on level terms, spreading himself to save brilliantly after 10 minutes after a John Fleck pass had put Gibbs-White in on goal.

Martin headed over from a Matty James corner midway through the first half, but it was all City had to show for some promising counter-attacks, too often marred by a poor final ball.

United should have gone in front after 43 minutes when a Stevens pass into the box set up a clear chance for Iliman Ndiaye. 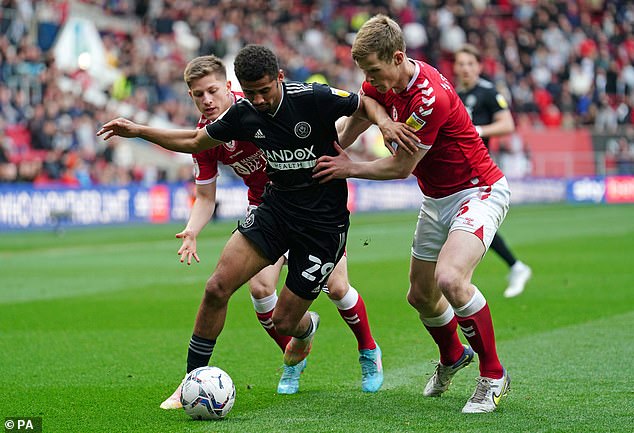 The striker had only Bentley to beat, but went for power from 12 yards and lashed his shot over the crossbar.

It had been an interesting half for Bentley, who had left his goal exposed three times through rash dashes from his line, only to be rescued by the defenders in front of him.

Stevens fired wide from an angle in United’s final attack of a half in which – cheered on by a large travelling contingent of fans – they had threatened to take control without coming up with a finish.

City were forced into a change after 48 minutes when wing-back Jay Dasilva, scorer of their winning goal in the previous game at Stoke, limped off to be replaced by Ayman Benarous. 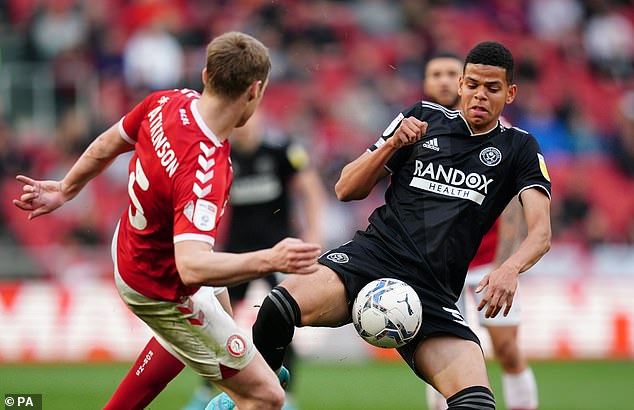 Seconds later they were ahead, Bentley making a routine save before finding Semenyo, who powered forward to present Martin with an unmissable chance.

It should have been 2-0 after 56 minutes, Andreas Weimann’s pass teeing up Semenyo, who blasted the ball over. Then Martin burst clear only to see his low shot saved by Wes Foderingham.

The misses proved expensive as Gibbs-White put United on level terms. City then lost Semenyo to injury after 70 minutes and he was replaced by Nahki Wells.

United also made changes as a high-tempo game took its toll on both sides in the closing stages. Martin shot wide and Rob Atkinson fired over the bar as City continued to counter-attack with menace, but a draw was a fair outcome.