Brendan Rodgers has reportedly declined the chance to speak with Tottenham over the vacant managerial position after being identified by Daniel Levy the role. The Foxes boss is now Tottenham’s first-choice option to replace Jose Mourinho, after it was confirmed yesterday that Bayern Munich had reached an agreement with Julian Nagelsmann to take over at the Allianz Arena next season.

Rodgers has previously been considered for the position back in 2013 before he joined Liverpool from Swansea.

The Northern Irishman’s stock dipped upon his dismissal at Anfield but he is now a man in demand following his impressive work at both Celtic and Leicester respectively.

However, according to Sky Sports, Rodgers has decided that he isn’t interested in speaking to Tottenham about the vacant.

He is said to believe his side can only improve as he targets regular European qualification. 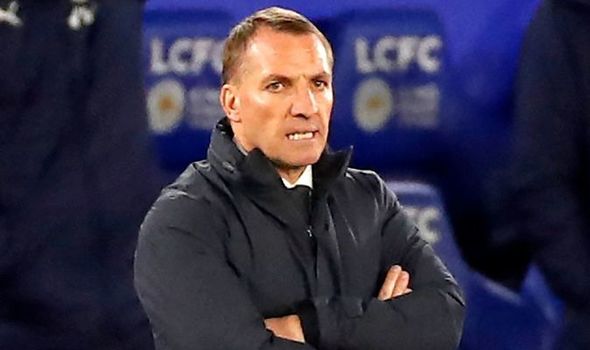 Leicester enjoyed their first season back in Europe this term but were knocked out of the Europa League by Slavia Prague.

Now they are on course to qualify for next season’s Champions League with the Foxes on the cusp of securing a top-four finish.

Much of that is to the credit of Rodgers, who has seemingly improved almost every player in the Leicester squad upon arriving at the club in February 2019.