Brazil legend Kaka has welcomed Lionel Messi to the elite ‘Triple Crown’ club in a post on social media.

The Argentina captain became just the ninth player in history to reach the status to ‘join’ the club, which requires a player to have won a Champions League, World Cup and Ballon d’Or.

And Kaka, who entered the ‘Triple Crown’ club in 2007, has been quick to shower the PSG superstar in praise following his triumph in Qatar earlier this month. 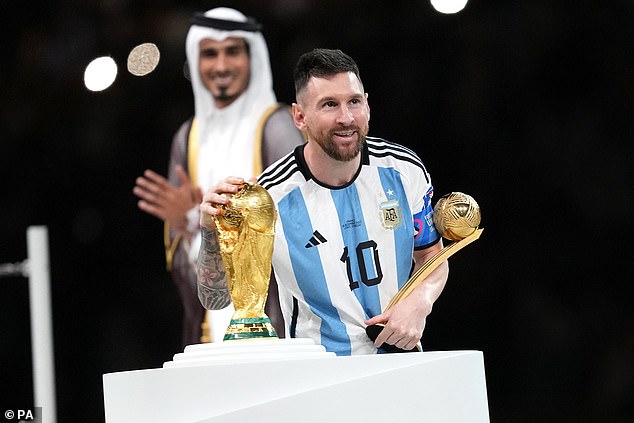 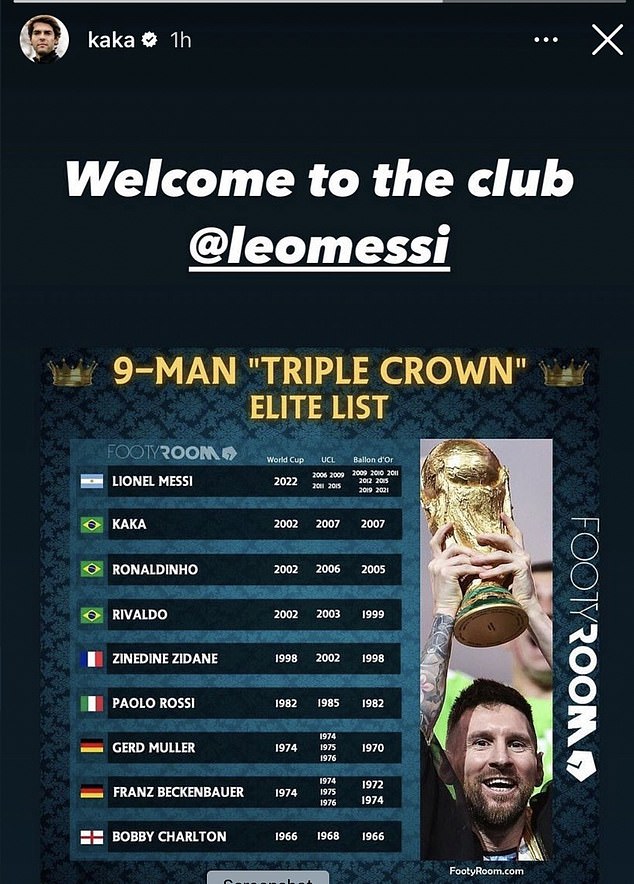 In a post on social media, Kaka shared a graphic that showed a list of all players to have reached the accomplishment – including himself and Messi.

Accompanying the picture were the words: ‘Welcome to the club @leomessi’.

Charlton is the only Englishman on the list following his World Cup success in 1966, European Cup win 1968 and Ballon d’Or award in 1966 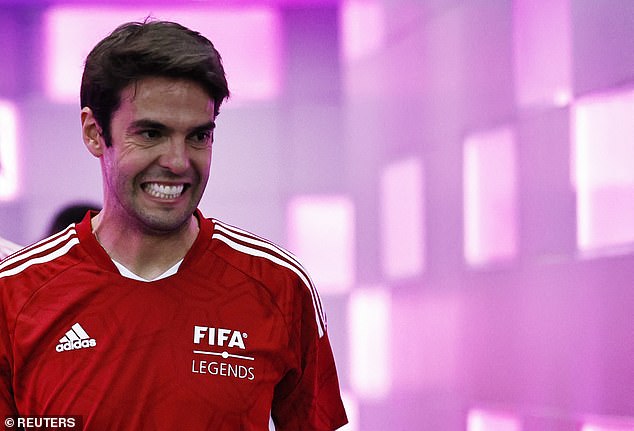 Messi is yet to feature for PSG since his success in Qatar this month but did show his support for the team via social media during their win over Strasbourg.

The Argentine had still been celebrating the victory over France that helped end his country’s 36-year wait to win a World Cup.

He put in sensational performances throughout the tournament and contributed with a goal in each round of the knockout stages through the tournament. 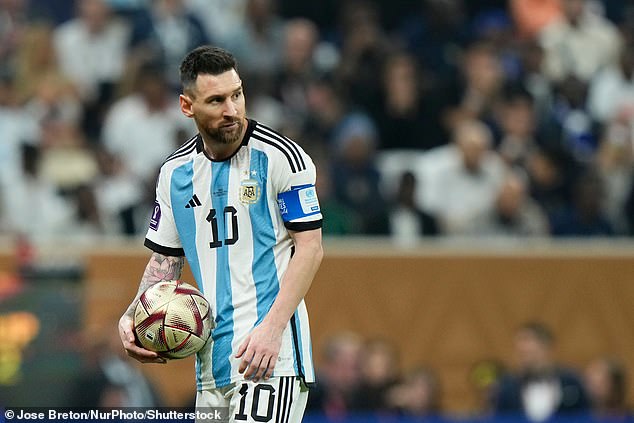