Blackburn confirm bid for Scotland international Ryan Porteous but face competition from Watford and Udinese, as Hibernian admit the defender is likely to leave the club in January

Blackburn have confirmed they have bid for Hibernian defender and Watford target Ryan Porteous.

Rovers boss Jon Dahl Tomasson confirmed the offer, with the Dane claiming the centre back is a ‘leader’.

Tomasson admitted Rovers face competition for the 23-year-old, who made his Scotland debut last year. 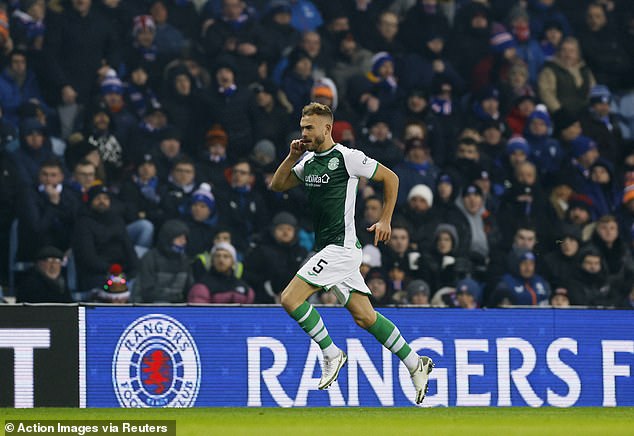 Hibernian have admitted Porteous is likely to leave the club in January, after he decided not to sign a new contract with the Scottish Premiership side.

‘We have to say he’s been a fantastic servant for the Club, and we’ve had nothing but positive conversations throughout,’ Hibernian chief executive Ben Kensell said last week.

‘Ryan is likely to leave in this window.

‘There are several options for him to choose from and we’re looking to strike the best deal possible for the Club, whilst also keeping an eye on the best possible deal for Ryan.’

Hibs manager Lee Johnson suggested in November that Porteous leaving the club in January would be the ‘best idea’, 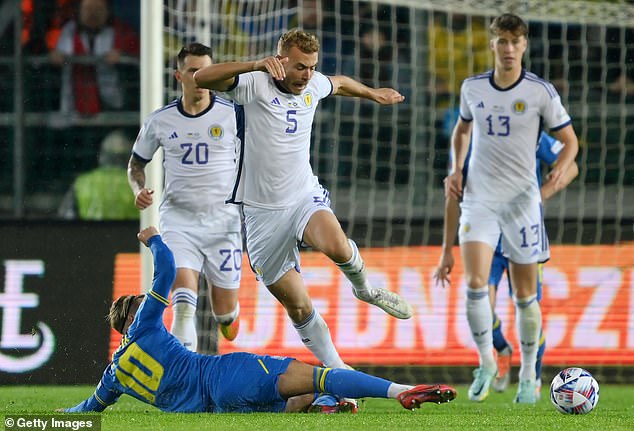 Watford and Udinese are also interested in Porteous, who made his Scotland debut last year

Johnson said this would allow the club to reinvest by selling him for a fee, rather than lose him at the end of his contract in the summer.

The former Bristol City and Sunderland manager had claimed Championship clubs were right to be looking at signing the centre back.

Watford are expected to rival Blackburn for the defender, with promotion chasing sides currently lying third and fifth in the division.

Serie A side Udinese have also had an offer of around £250,000 turned down for Porteous.

The centre back has made 153 appearances and scored 13 goals for Hibs since making his debut back in 2017.