How England reached the Euro 2022 final

Beth Mead will go head-to-head with Alexandra Popp for the Women’s Euro 2022 Golden Boot in Sunday’s final between England and Germany at Wembley Stadium. The 27-year-old forward has been one of the shining lights in Sarina Wiegman’s roaring Lionesses side, and her stock has never been higher on the back of some scintillating performances this summer.

Mead has been sensational at Euro 2022, registering six goals and three assists in England’s five fixtures across the group stage and knockouts. Her latest contributions came in the form of the opening goal and a further two assists in Tuesday’s 4-0 semi-final triumph over Sweden.

With England, Mead has won the 2019 SheBelieves Cup and the 2022 Arnold Clark Cup, earning 44 caps in total so far. However, Sunday’s clash against Germany will be the biggest game in her career as she looks to cement her legacy as an England great. Based on his 12 goals in as many appearances this calendar year, she’s in fine form and will be confident of making an impact. 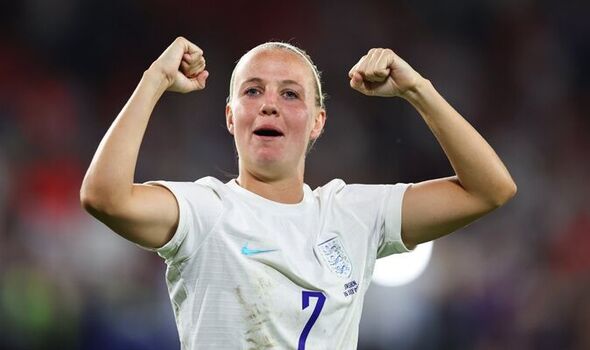 As of July 2022, Mead’s reported net worth is just north of £410,000, while she’s earning a salary of around £25,000 at Arsenal. She is also a Nike athlete and, therefore, likely gets paid by the company to promote their sportswear on social media and in person.

Mead boasts over 250,000 followers across her Twitter and Instagram and has also showcased recent partnerships with ELLE UK and McDonald’s. Although she isn’t the top earner in the Women’s Super League, such working relationships will undoubtedly boost her net worth beyond her basic salary at Arsenal. 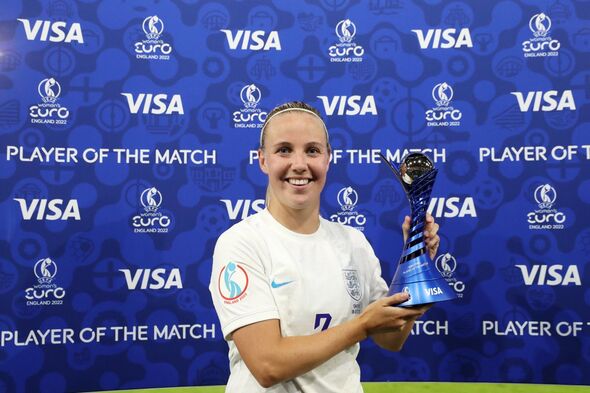 After helping England into their first major women’s final since 2009 this summer, Mead is bound to be hungry to round off a stellar tournament with a showstopping performance at Wembley this weekend. And still only entering her prime years now, it would be no surprise to see her net worth skyrocket in the aftermath.

Grab a slice of football history!

As England aim to beat Germany to win their first ever major trophy, make sure you’ve got your copy of the official UEFA Women’s EURO 2022 final programme! Featuring both teams’ journey to the final, stunning images, and a focus on some of the best moments of a remarkable tournament, order your unique souvenir from reachsportshop.com.