A professional footballer’s journey is rarely lonely, and it’s generally the way that the higher you rise, the more company you keep.

Amid the cluster of hangers-on that flock to riches and fame, the hardest challenge is ensuring those who have been part of the journey at key junctures are still privy to the bigger moments of your career. For Ben Chilwell, that moment will come on Saturday in Porto.

The Champions League final against Manchester City is something of a coming-of-age for the 24-year-old. His arrival at Chelsea from Leicester City for £45million was made with a view to playing in matches such as this. And though there remains a degree of ill-will towards the left-back for the manner of his departure among the Midland club’s fan base, which got a shot in the arm during Leicester’s FA Cup victory over Chilwell’s new club, which featured a late equaliser of his making ruled out, walking out for European club football’s fixture represents vindication.

The clue is in the name: this is no ordinary fixture. Not simply “another game” in the rigmarole that has been the 2020/21 season. It is no coincidence these two teams happen to possess great depth. To a man, the step up to elite level that awaits is one they as individuals need to seize. Considering how few have reached this level, it is the loneliest step to take.

For that reason, Chilwell can probably count himself lucky. Because while fulfilling his duties deep on the left of Thomas Tuchel’s blue machine will be squarely on his shoulders, he won’t be alone. In fact, three of those he cites as key factors in his evolution from a Milton Keynes boy with big dreams to an England international on the cusp of announcing himself as one of European football’s premier fullbacks will be out in Porto with him.

As an energetic 12-year old, it was his father, Wayne, who ensured he was sat in front of the television for the 2008 tie between Chelsea and Manchester United, the first all-English final in the history of the European Cup.

“United against Chelsea is probably the one I remember most because it was an all-English final,” says Chilwell. In terms of allegiances, he raises a wry smile: “In all honesty, my dad probably wanted United to win. I wasn’t too bothered.”

“My dad wanted me to be aware that it was an all-English final and very important to English football. Playing football, your dad wants you to watch these games because is its the pinnacle to play in the Champions League final, and he wanted me to watch that one to motivate me to work harder along the way.”

United triumphed after penalties, concluding around midnight in the UK. He recalls a late finish but, above all, a match that wowed him for being littered with club legends on both sides. Notably his first Chelsea boss, Frank Lampard, who grabbed the equaliser that eventually sent the tie into extra-time.

Come 2012, when Chelsea rectified their Champions League disappointment with a dramatic victory over Bayern Munich, Chilwell did not need much prompting to sit through extra time and penalties. At the time, his father’s influence had filtered throughout any extra-curricular activities.

Wayne’s New Zealand upbringing had passed down an aptitude for both rugby and cricket. In fact, those who played club cricket with Ben back up the assertion from the player that cricket looked a surer path. Yet something about football had a clear hold, and the message after Chelsea secured their maiden Champions League was crystal clear.

“Seeing an English team win it and, again, my dad made sure I knew it was a great thing for English football,” remembers Chilwell. To return the favour, his father is part of the cohort of family and friends travelling out to Porto for the match for a chance to repeat that success nine years on.

Another member of that traveling party is Matthew Mills – “Matty” to his mates. Mills was in the Leicester academy with Chilwell until his release at the age of 17. Though he fell out of the professional game, he remains involved in football as a coach and, above all else, a close friend of Chilwell.

That in itself is no surprise. The hallmarks of the camaraderie of the first-team squad at the King Power Stadium is a very deliberate trait. Calling it an initiative would be disingenuous, but the level of detail around the mixing of age-group levels on and off the pitch, combined with a holistic appreciation of person and player is by design rather than coincidence. Mills, who captained the youth teams that featured Chilwell, was a prominent part of this. 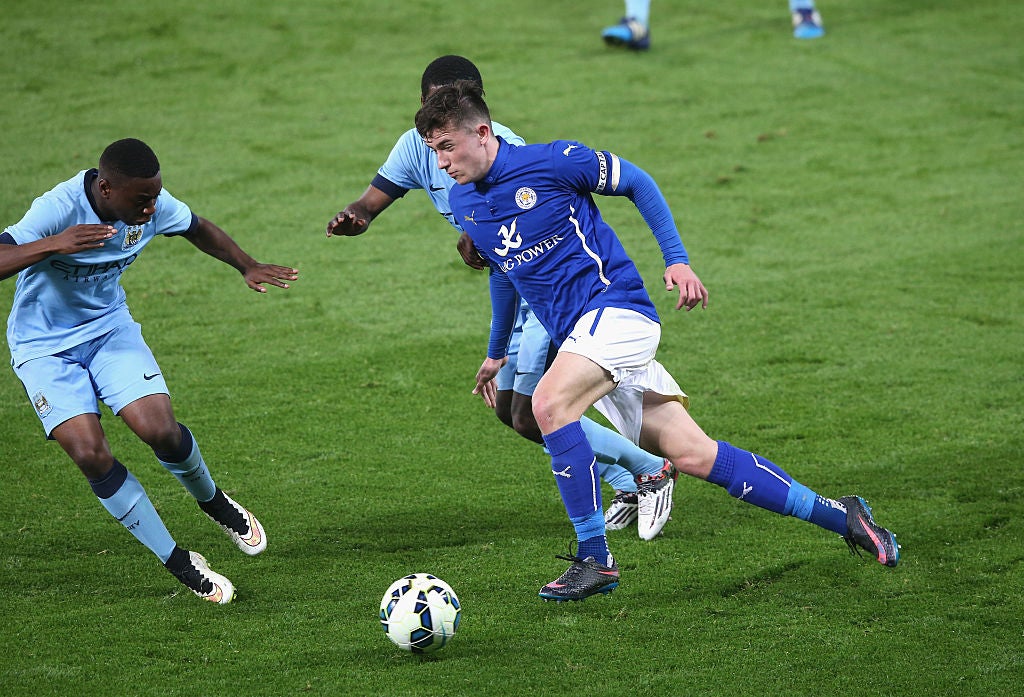 It was on Tuesday the pair began reminiscing about where it all began. How this slender, wide-eyed boy who agonised over not making the grade, and came as close to being cut a year before Mills did, was now set for the biggest stage in club football.

“Just to see how happy he was for me and the fact that we’ve stayed close and he’s coming out to watch the game on the weekend,” beamed Chilwell of their conversation, as much for Mills’ lot as his. “To talk about the old times and him just saying to me, ‘could you ever imagine playing in a Champions League final when we were playing at Belvoir Drive training ground for Leicester?!’ We had a little laugh about that.”

This brings us neatly onto the third. Because unlike Wayne Chilwell and Matty Mills, the man who helped Chilwell raise his game will be the same who intends to bring it down.

Chilwell was 18 when he was first drafted into the first-team squad at Leicester. Primarily there to make up the numbers in training, he was front of the class for a few lessons handed out by Riyad Mahrez.

The pair will reacquaint themselves with one another on Saturday. Since lining up together for 37 matches at Leicester, the pair have only shared the same pitch on four occasions since Mahrez moved to Manchester City at the start of the 2018/19 season. That includes their only meeting this season, a league match in January which Chilwell started and Mahrez came on as an 86th-minute substitute.

That’s not to say Chilwell has lost track of just how good Mahrez is. Or that the pair do not remain close, even if Chilwell asserts it will be only nice to see him “after the game or before”.

But he will certainly put in practice the lessons Mahrez bestowed unto him all those years ago when they would stay out after the usual training sessions were done and practice together. About where he should stand, the tells in the hips and shoulders to ascertain which way a winger would go. When to hold firm and went to strike in the tackle. Followed by a debrief in the showers. 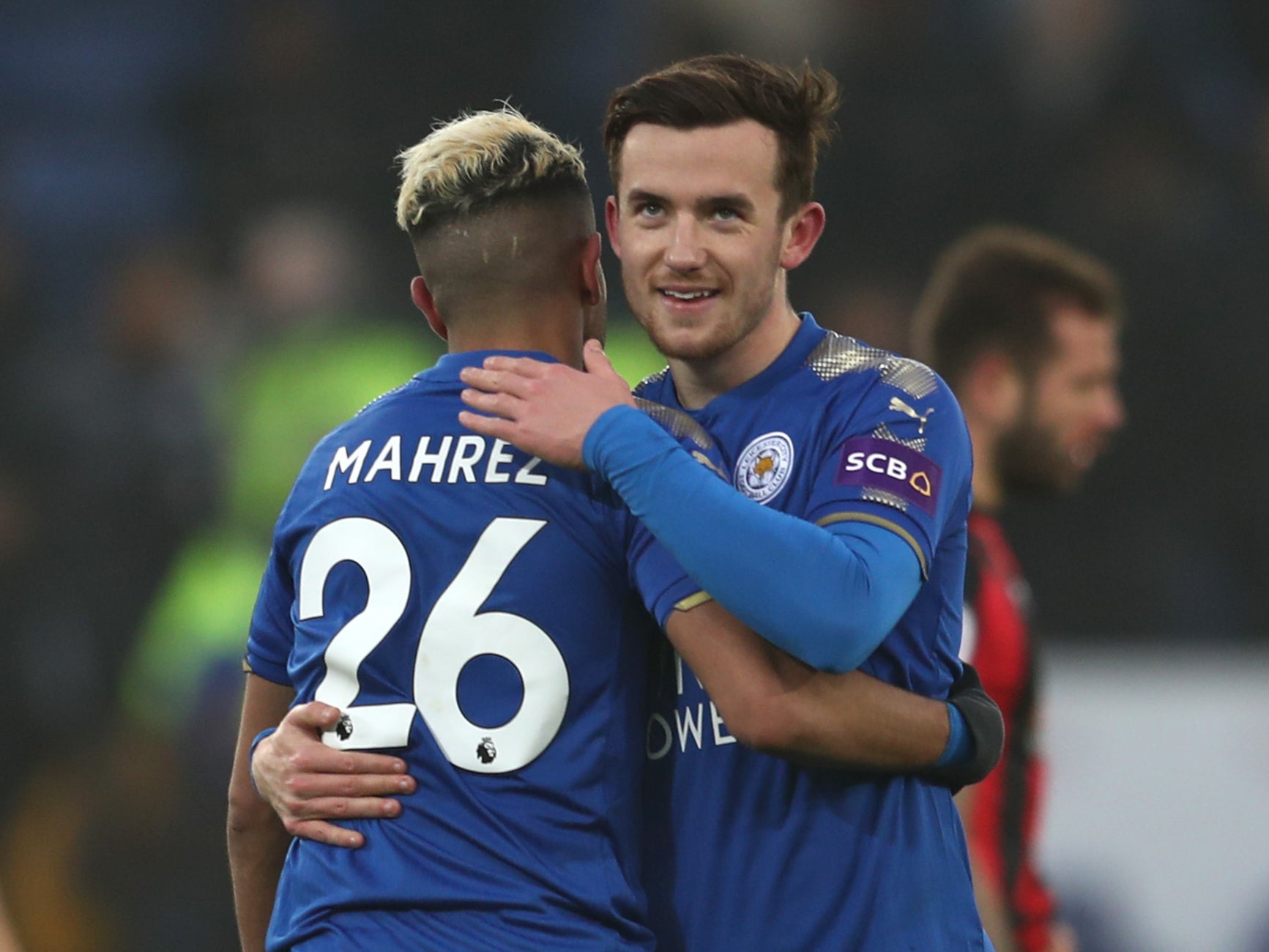 Then team-mates, now opponents vying for the biggest trophy in club football

“He’d always give me advice help me out, tell me about players in my position he’s played against and tell me about their strengths and where I could improve. He was a good guy, a great guy around the training ground who made everyone laugh. And I don’t need to talk about his football.

“It was always positional stuff, getting the best out of me going forward, as a winger what he doesn’t like to play against facing a full back. Just stuff like that.”

Chilwell pauses briefly, before offering a narrative-busting caveat. “It was three or four years ago and he’s had one of the best managers in the world since then so I am sure quite a lot has changed.”

It has, no doubt. Mahrez under Pep Guardiola has found a new level, characterised by three goals across both legs of City’s two-leg success over Paris Saint Germain to reach Saturday’s final. Whatever experiences Chilwell had as a teenager when the pair battled and conversed during what were primarily tune-ups for the Algerian are hard to lean on are probably now obsolete.

But Chilwell has changed, too. And when Saturday comes, he will prepare to come good on the work of those who have helped guide his own. With those who have driven, inspired and encouraged him in attendance on – including one with ambitions to ruin it – Chilwell will embark on making that toughest and loneliest final step himself.