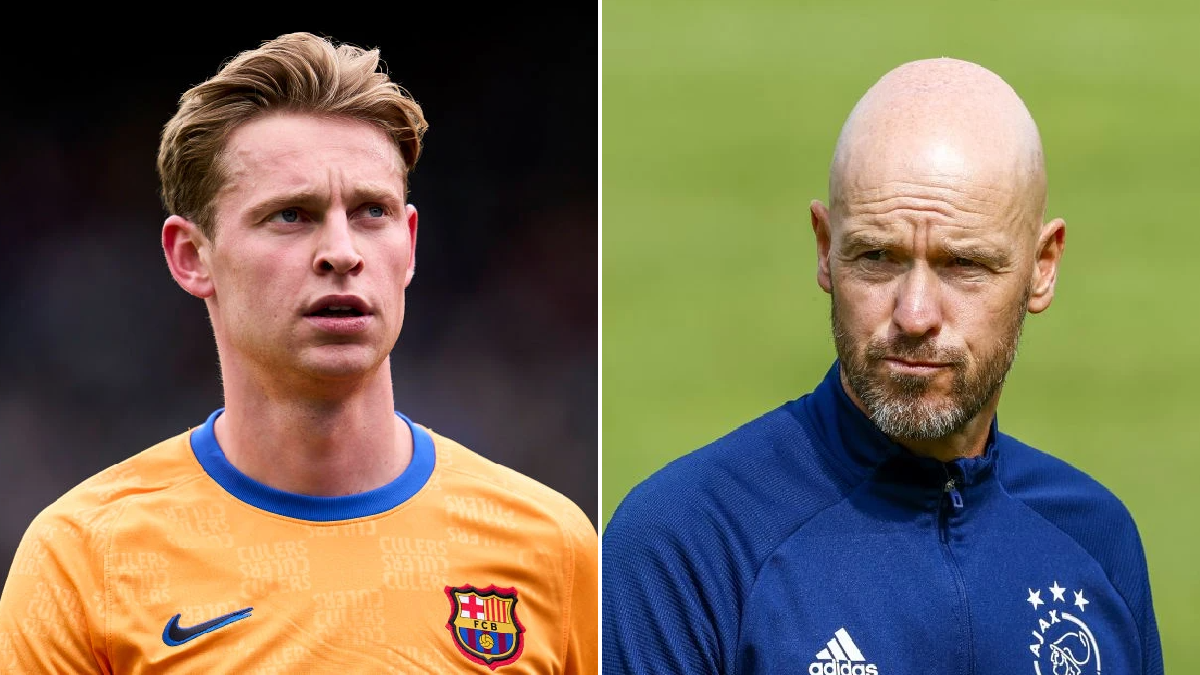 Incoming Manchester United manager Erik ten Hag is interested in signing Barcelona midfielder Frenkie de Jong and the Catalan club are open to the deal, according to reports.

With Paul Pogba set to leave Old Trafford on a free transfer this summer when his contract expires and Nemanja Matic having already confirmed his looming departure, the Red Devils are looking at bringing in at least two new midfielders.

They have been linked with a host of players already, including Leeds enforcer Kelvin Phillips and West Ham star Declan Rice.

But with Ten Hag looking to replicate his possession-based, attacking football at Old Trafford, he may prefer to sign a player who knows the Ajax philosophy like the back of his hand.

According to Spanish television show El Chiringuito TV, that has seen Ten Hag and United explore the possibility of signing De Jong this summer – and Barcelona will not rebuff any approach.

De Jong has struggled somewhat to live up to his £65million price tag since leaving Amsterdam for Camp Nou in 2019 while Barca have a host of young players coming through in his position.

Teenagers Pedri and Gavi have both impressed while the 33-year-old Sergio Busquets remains a bedrock of the team despite his advancing years.

With Xavi keen to bring in a number of new players this summer, the club realise they must bolster their transfer kitty through sales and De Jong is one of few players they are prepared to cash in on.

El Chiringuito claim Barcelona have set an asking price of €70m (£58m), which represents a small loss on the fee they paid just three years ago and highlights how relatively underwhelming De Jong has been for the Blaugrana.

Speculation has started to swirl around De Jong’s future in recent weeks but Xavi insists he still remains an important part of his plans.

‘Frenkie is very important for me, for the club and for the team. He is a footballer who has to mark an era with his quality and personality,’ said the Barcelona boss of the speculation surrounding the midfielder.

‘He is at a very good level since I arrived and he has to continue scoring goals, assists, and being the protagonist in games. He could be one of the best midfielders in the world in the coming years.’