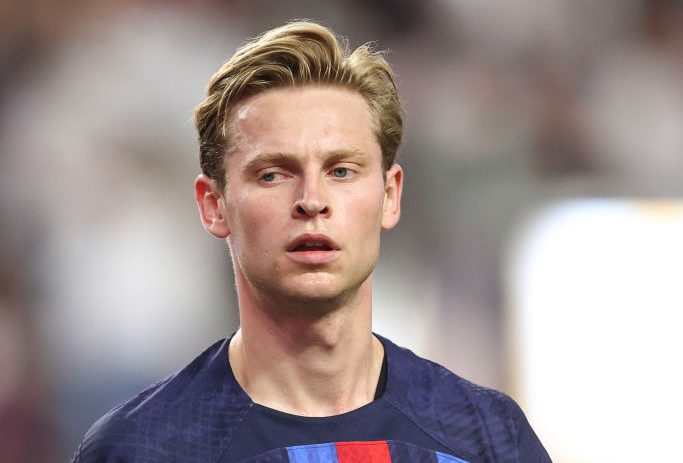 Barcelona president Joan Laporta insists the club want to keep Frenkie de Jong but admits the midfielder will need to take a pay cut in order to stay at Camp Nou.

De Jong has been Manchester United’s top transfer target this summer with Erik ten Hag identifying the 25-year-old as a key part of his midfield rebuild.

United have already agreed an €85 million (£71.7m) deal with Barcelona but the Netherlands international has major reservations about joining Ten Hag’s side, primarily due to their lack of Champions League football.

De Jong’s agent has also held talks with Chelsea and it’s understood that the midfielder would be more open to a move to Stamford Bridge.

Barcelona must also settle their wage dispute with De Jong as they current owe the midfielder around €17m (£14m) after he agreed to defer part of his salary in order to help the club’s financial situation.

But in order to remain at Barca, Laporta has suggested that De Jong must continue to give up a portion of his salary.

‘He wants to stay and we want him to stay. That is the most important,’ Laporta said on Friday.

‘What is clear is that we have a new salary scale and all the players have to fit into it. We are trying to make these players understand the reality of the club.

‘We find ourselves with a salary mass triggered by more than 40 per cent. We all have to make an effort.