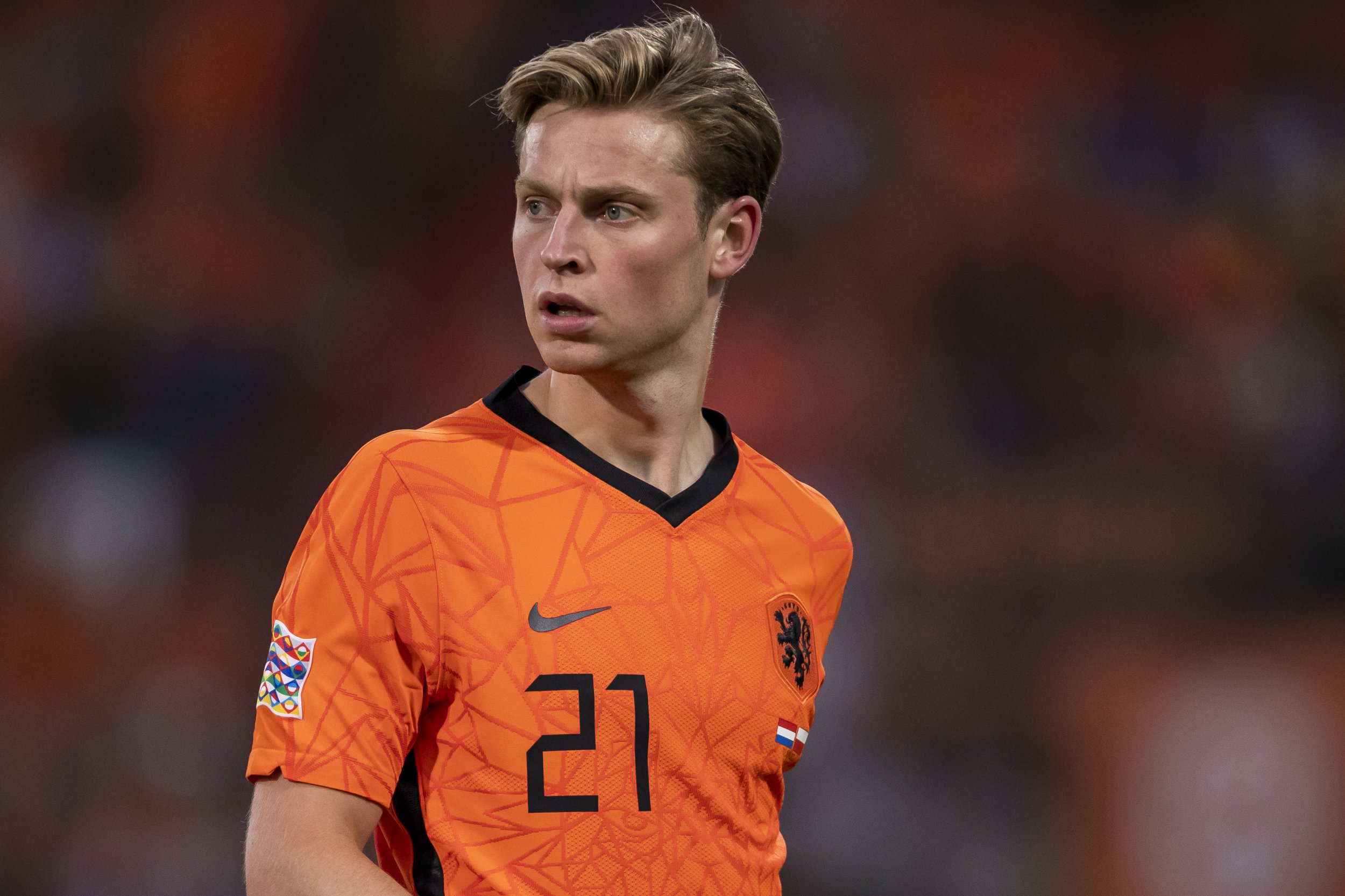 Manchester United’s hopes of signing Frenkie de Jong have been dented after Barcelona’s vice-president insisted the club do not need to sell any player for ‘financial reasons’.

The Red Devils have been in talks with the La Liga giants over a move for the Dutchman and reports claim they’ve had an opening bid of around £52m turned down by the Catalans.

De Jong is happy at the Camp Nou and he told reporters last night that though he’s ‘flattered’ by interest from United, he is already at the ‘biggest club in the world’.

Without Champions League football to offer, United’s pursuit of De Jong has always been ambitious but they’d been hoping to exploit Barcelona’s perilous financial situation to land the former Ajax midfielder.

But Eduard Romeu says the club are in no position to have to sell and says any departing players will be sold on sporting grounds.

‘At the end of the season we don’t have any revenue from player sales,’ said Romeu.

‘Any hasty decision in this area will be a purely technical decision.’

United have made an offer to sign Christian Eriksen, who is a free agent this summer following his short spell with Brentford.

The Dane is believed to be keen on staying in London, where he has offers from the Bees and former club Tottenham.

A move for Eriksen is thought to be independent to United’s interest in De Jong.