Barcelona manager Xavi Hernandez has told Memphis Depay that he won’t play a part in the upcoming season if he remains at the club. Xavi drove home some brutally honest truths to the Netherlands forward amid transfer links to Newcastle United, Manchester United and Tottenham Hotspur.

Barca have heavily bolstered their attacking ranks this summer with a £100million double swoop for Leeds United winger Raphinha and Bayern Munich striker Robert Lewandowski. Ousmane Dembele has also signed a new contract to remain at the Nou Camp after his previous deal expired on July 1.

And as a result, there seems to be no room for Memphis in Xavi’s plans for the 2022/23 season. According to AS, the 28-year-old will have to leave Barcelona if he doesn’t want to ‘sulk’ on the bench. Xavi made his stance clear during a private conversation at the club’s pre-season camp in the United States.

The report claims the Blaugrana boss told Memphis to find a new club to prevent enduring a miserable final year before his contract expires in 2023. He could have some suitors, with the La Liga giants willing to accept as low as £17m to offload him before the summer transfer deadline. 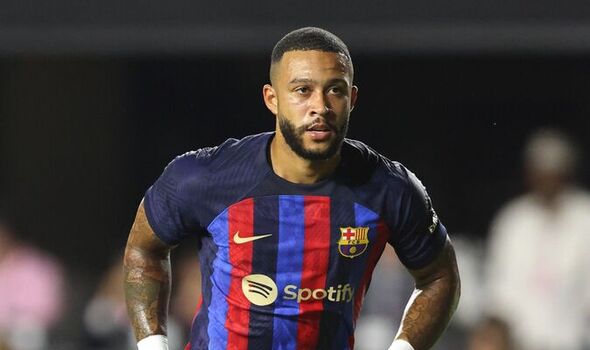 Memphis’ exit would rid Barcelona of his £170,000-a-week wages and also free up the number nine shirt for Lewandowski, which they hope will maximise his performance on the pitch and shirt sales off it. Given the Dutchman contributed to more goals than any other Barca player last season – 13 goals and two assists – Xavi’s determination to cut ties is somewhat of a surprise.

However, it could be good news for Newcastle, United, Tottenham and his other suitors. While Memphis will reportedly reject the chance to join the former, a high-profile return to Old Trafford or the opportunity to work with Antonio Conte in the Champions League will be attractive propositions. 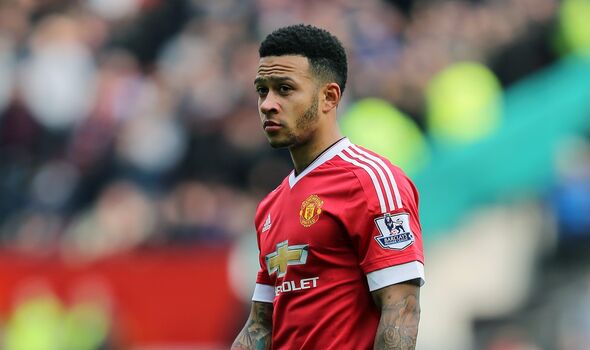 United have been linked with bringing Memphis back to M16 to work with fellow Dutchman Erik ten Hag, who is in desperate need of attacking depth after recent exits and uncertainty over Cristiano Ronaldo’s future. If the Red Devils can’t strike a deal with Ajax for 22-year-old winger Antony, they may turn to their ex-number seven.

Spurs could also make a play for his signature after missing out on Raphinha earlier in the summer. But their £60m capture of Richarlison could have spelt the end of Conte’s recruitment ahead of the new campaign.