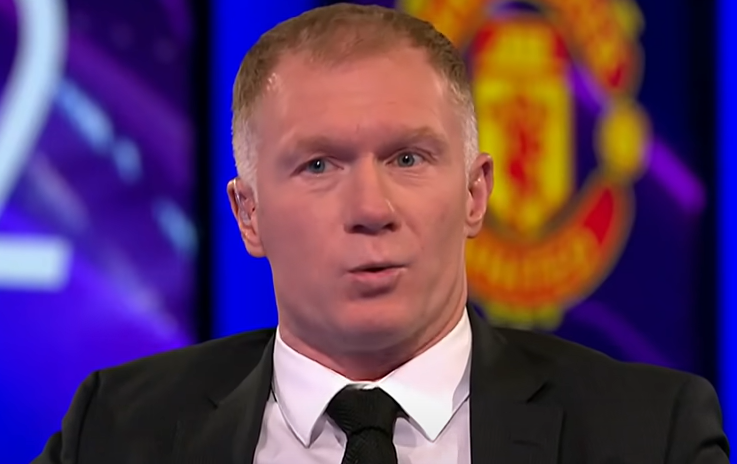 Paul Scholes claimed Paul Pogba was ‘away with the fairies’ during last night’s Champions League draw against Atalanta and fears the Manchester United midfielder will still be making the same mistakes when he’s 35.

Pogba will again be absent on Saturday as a consequence of the red card he picked up during United’s 5-0 defeat against Liverpool last month, but it is unlikely Solskjaer would have recalled him for the Manchester derby on the evidence of his display in Bergamo.

The former Juventus star was hooked with 20 minutes remaining while his side were still trailing and although United were again rescued by yet more late Cristiano Ronaldo heroics, Scholes fears Pogba’s erratic form will remain a constant headache for his manager.

He told BT Sport: ‘[Pogba] needs somebody on him all the time… somebody there that he totally respects, he needs experienced people behind him.

‘How old he? 28? He’s a really experienced player. But he’s one of them that will get to 35 and be exactly the same.

‘He’ll still be doing the stupid stuff where he’s stud rolling the ball, holding people off showing how strong and skilful he is.

‘The biggest thing with Paul is his concentration. He goes away with the fairies at times.

‘You think of the Juventus team he played in, where he was brilliant and was why we signed him.

‘He will need that treatment until he’s 35.’