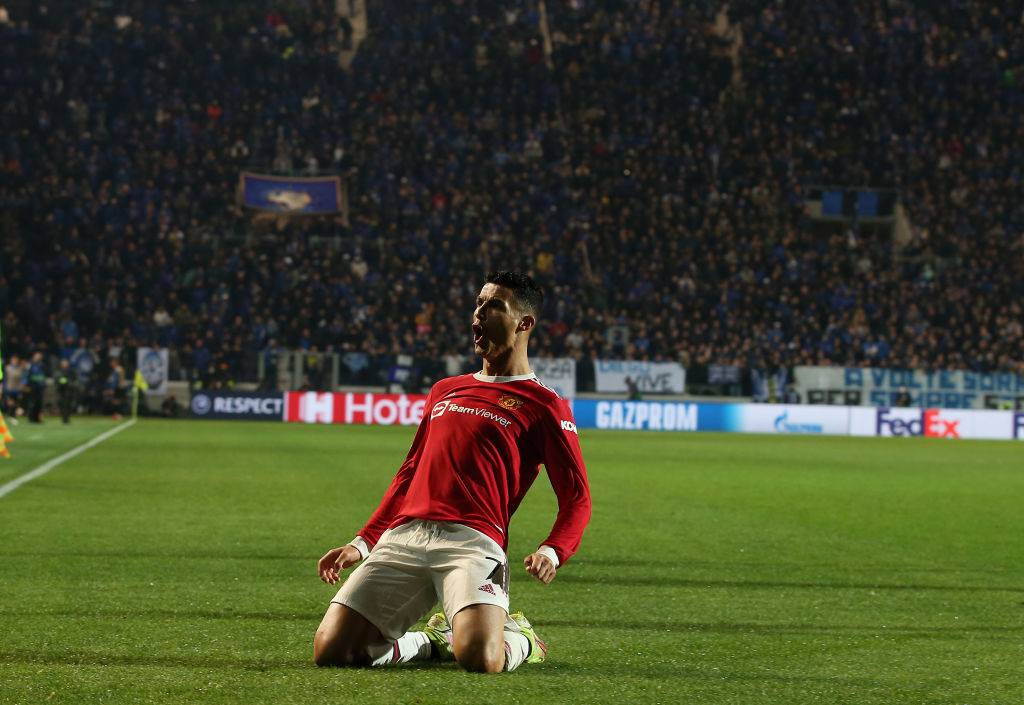 Atalanta boss Gian Piero Gasperini revealed he jokingly told Cristiano Ronaldo to ‘go to hell’ after the iconic forward scored a stunning last-gasp volley to rescue a 2-2 draw for Manchester United in the Champions League.

Ronaldo had already equalised on the stroke of half-time to cancel out Josip Ilicic’s early opener in Bergamo, but the hosts regained their advantage as the impressive Duvan Zapata fired past David de Gea in the 56th minute.

Atalanta appeared to be heading for maximum points as the clocked ticked down on Tuesday’s thrilling Group F encounter, with an under-fire Ole Gunnar Solskjaer throwing on Donny van de Beek and Jadon Sancho in the dying moments of normal time.

But Ronaldo had other ideas, setting himself as Mason Greenwood poked the ball back on the edge of the box before finding the corner of Juan Musso’s net with an emphatic driven volley to draw the visitors level.

Solskjaer will have breathed a giant sigh of relief as referee Slavko Vincic blew the whistle for full-time, with his Red Devils side holding onto top spot in the group.

It was mixed emotions for Atalanta manager Gasperini, though, with the Serie A outfit sitting third behind Villarreal with two games remaining.

‘It was a fantastic evening, with a lot of fans against a big team and we had a great match,’ Gasperini said after the game.

‘Of course, we could have won so we are 80 per cent happy and 20 per cent regret having conceded in injury time.

‘It would have given us a boost towards the next round, but we are still fully in the running.

‘Luckily, qualification is still in our hands even if we have two very difficult matches ahead with Young Boys and Villarreal.’

Atalanta have recorded just three clean sheets in all competitions this season and Gasperini said his team must improve defensively, especially when trying to close out games.

The Italian also lifted the lid on the good-humoured conversation he had with Ronaldo shortly after the final whistle.

‘Lately we have conceded a few too many goals, but this means that we have room for growth,’ he added.

‘The third goal, as was the case in Manchester, probably would have closed it. They then throw many quality men forward and often recover like this.

‘The game seemed in our hands, we came away with little from the two performances we produced against them.

‘Ronaldo? What can I say, it’s incredible, crazy, he never pulls out.

‘Some even managed to say he was a problem, imagine Ronaldo as a problem!

Gasperini went on: ‘Cristiano is just incredible. If there is anyone you want a chance to fall to… and it’s a difficult chance.

‘He keeps his eye on the ball and his technique on that volley is incredible.’