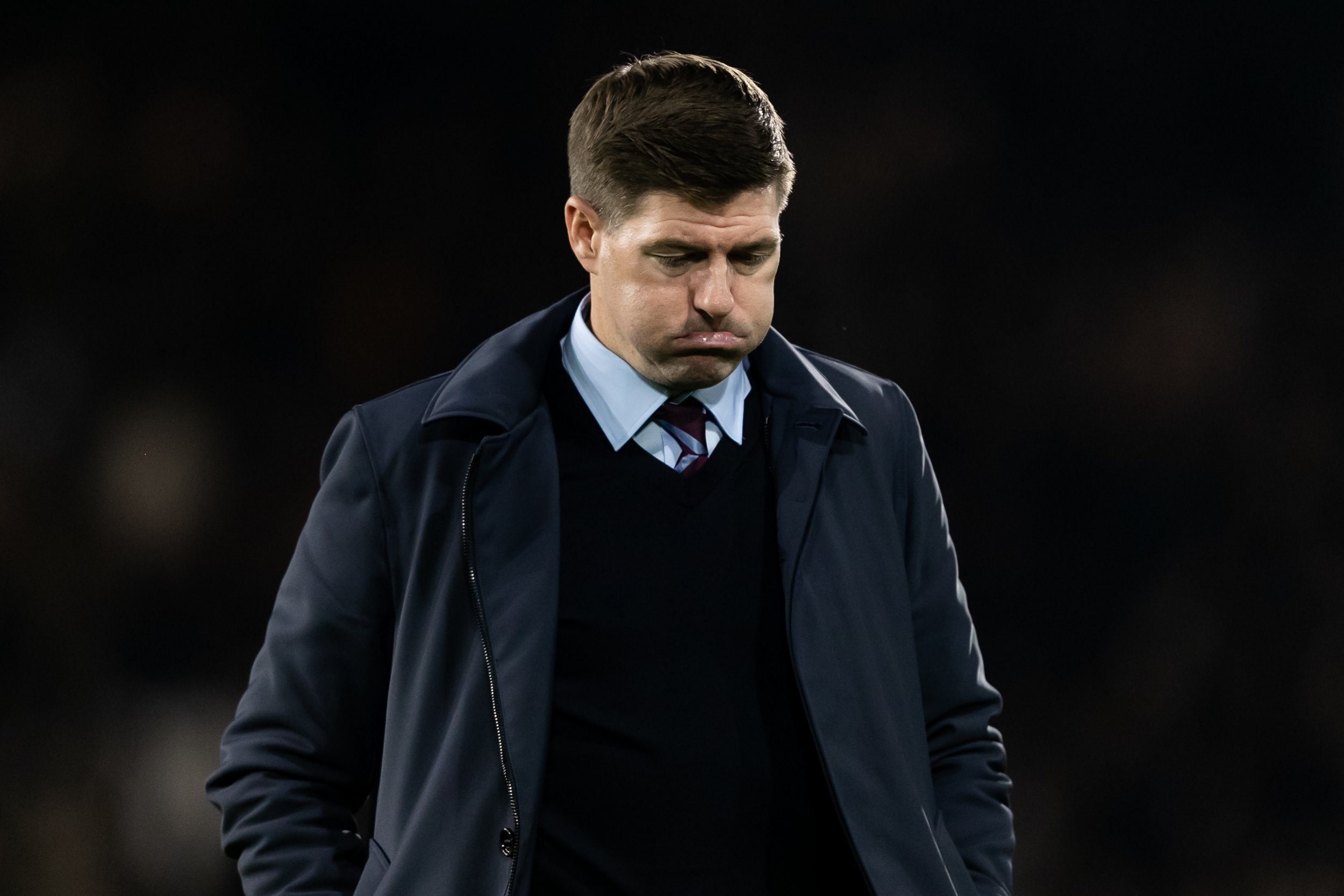 Aston Villa have confirmed Steven Gerrard has been sacked as manager with immediate effect.

The Premier League side announced their decision to part ways with the former England international just an hour after their 3-0 defeat to Fulham.

A brief statement from the club read: ‘Aston Villa Football Club can confirm that Head Coach Steven Gerrard has left the club with immediate effect.

‘A club spokesman said: “We would like to thank Steven for his hard work and commitment and wish him well for the future.”‘

The former Liverpool captain was heavily backed by the board in the summer, bringing his former Anfield teammate Philippe Coutinho to the club on a permanent deal and signing Diego Carlos, Boubacar Kamara and Leander Dendoncker.

But a poor record of 13 wins from 40 games in his 11 months in charge has seen his first Premier League job end in disappointment.

Villa fans chanted ‘we want Gerrard out’ as their side fell to a dismal defeat to newly promoted Fulham. Just minutes before his dismissal, Gerrard vowed to fight on in a four-minute post-match press conference.

‘It was a tough night for me personally, but I’m a man I accept it, I understand it, I share their frustrations and pain and I’m someone who’s honest,’ Gerrard said.

‘I know they’re certainly not enjoying it at the moment. I’m certainly not. You know and I know I’m in a very different position right now.

‘I’m a fighter, I’ll never ever quit anything certainly when it comes down to football or anything in life, so we’ll see what happens moving forward.’