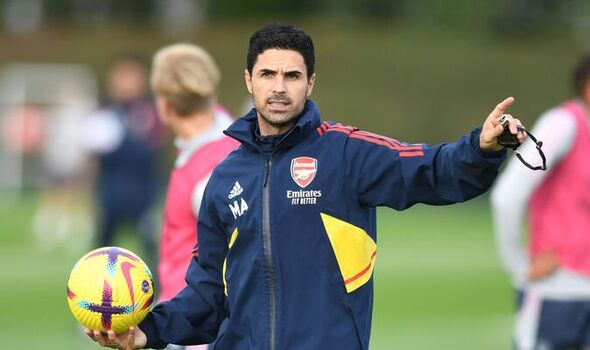 Arsenal sent scouts to run the rule over highly-rated Palmeiras midfielder Danilo on Wednesday as Mikel Arteta plots adding another signing to his squad in January, according to reports. The north London club are thought to be preparing a big-money offer in the winter transfer window which could see them move for yet another South American talent to add to their growing contingent.

Technical director Edu Gaspar has used his specialist knowledge of Brazilian football to help the club acquire talented players for lower transfers, including Gabriel Martinelli from Ituano for just £6million in 2019 and Marquinhos from Sao Paulo for £3m this summer.

And it seems he has his sights set on bringing Danilo to the Emirates Stadium in the near future, with reports suggesting Arsenal are preparing a bid worth £26m after failing with an approach on deadline day in September. Arteta is keen to sign another midfielder due to the burden placed upon Thomas Partey and Granit Xhaka, with doubts over Albert Sambi Lokonga’s suitability.

Ahead of a potential deal in January, the Gunners had their own representatives watching Danilo from the stands as the 21-year-old played from the start against Athletico Paranaense, reports transfer expert Ekrem Konur.

However, things did not go according to plan as head coach Abel Ferreira made a bold change at the interval, hauling off Danilo after a sub-standard first 45 minutes.

It would have felt like a wasted trip for the Arsenal scouts watching on after seeing the holding midfielder limited to only one half of action before reporting back to Arteta, although it is unclear how long the scouting trip will last.

Ferreira decided to send on 16-year-old sensation Endrick, who is being monitored by every elite club in Europe after some dazzling displays in the Brasileirao, having made his debut last year at the age of 15.

And it was the teenager who turned the game on its head with two goals in the space of 10 minutes, before Gustavo Gomez made sure of the points against 10-man Athletico, who had Tomas Cuelho sent off a minute after Endrick’s equaliser.

It is understood Arsenal are not expected to enter the race for Endrick, who is wanted by Chelsea, Real Madrid and Manchester City, with Danilo, Mykhaylo Mudryk and Evan Ndicka among their targets in the next transfer window.

Signing Danilo will not be a straightforward task given the fact the holding midfielder is under contract until 2026 and he remains a key player in Ferreira’s plans.

But the player, who has made 137 appearances and scored 12 goals for the club, may push for a move to Europe to enhance his chances of breaking into Brazil’s senior squad.