Mikel Arteta has confirmed Arsenal would still like to sign more players in the transfer window despite a hectic start to their summer business.

The Gunners have already brought in midfielder Fabio Vieira from Porto in a £34million deal before confirming the £45m arrival of striker Gabriel Jesus from Manchester City. 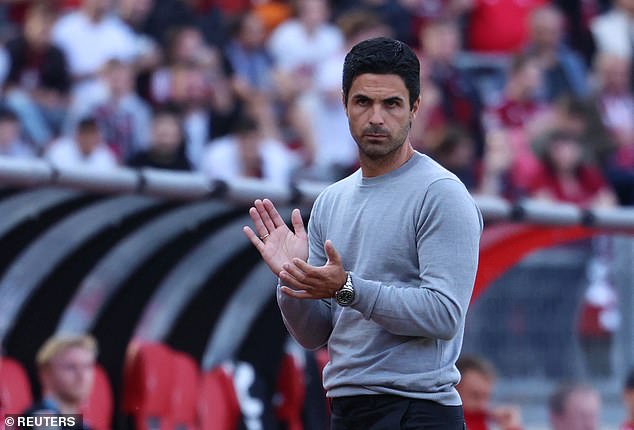 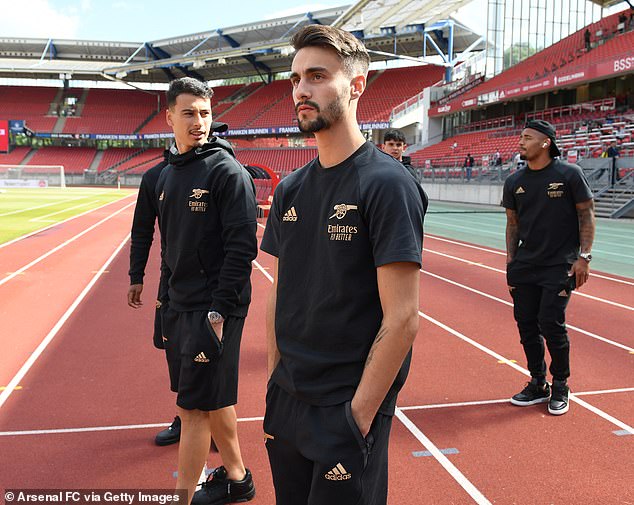 The Gunners have already brought in four players this summer, including Fabio Vieira (front)

The north London side remain in the hunt for Ajax defender Lisandro Martinez and have been linked with moves for Leicester midfielder Youri Tielemans and Napoli’s Sergej Milinkovic-Savic.

And speaking after watching his side claim a 5-3 victory in their first pre-season game of the summer away at Nuremberg, Arteta said he hopes the club’s business with regards to incomings is not over.

‘There are more things that we would like to do if we can,’ the Spaniard said. ‘Obviously the market will dictate what we can do. So far we are happy with what we have done.’ 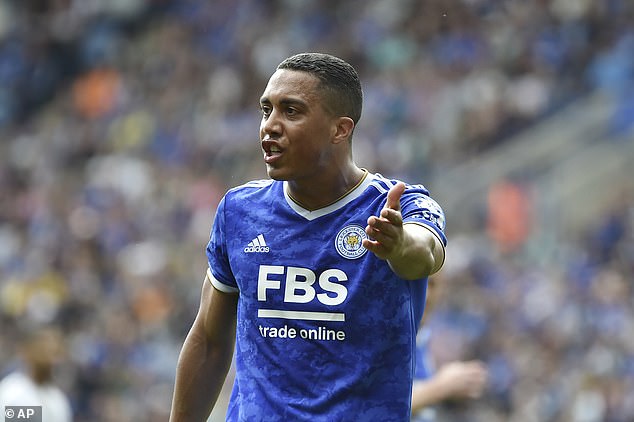 Asked about the Gunners’ interest in Belgium midfielder Tielemans, Arteta added: ‘We never talk about players that are not ours.

‘We can improve the team still in the market and we are going to try and do it, but we are not going to go into any specific names.’

New signing Jesus also spoke to the media after netting twice on his debut for the club in Germany. 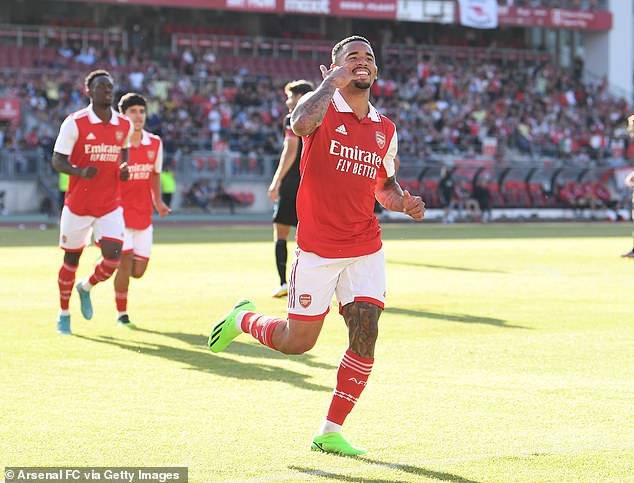 The Brazil international’s arrival has been met with much fanfare following the departures of Pierre-Emerick Aubameyang and Alexandre Lacazette already this year.

But asked about the pressure of being the main No 9 at the club after winning four Premier League titles at City, Jesus responded: ‘I don’t want to be the superstar.

‘I just want to play football and help my team-mates. We have to do it together. I am not here to be “the man”. I am here to help and learn with the guys and win together.’