Arsene Wenger is leading FIFA’s biggest ever audit into the future of football after the former Arsenal boss meets with Football Association to discuss opinions on coaching, development and grassroots football

Legendary coach Arsene Wenger is leading FIFA’s biggest ever audit into the future of football.

Former Arsenal coach Wenger, who is FIFA’s chief of global football development, has been in touch with the Football Association for their views on how to protect the future of the sport – with a particular emphasis on how to improve grassroots football and the passage into the professional game.

Wenger, 72, will canvass the opinions of all 211 national associations, with the idea of getting opinions on coaching, development and gaining access to pitches. 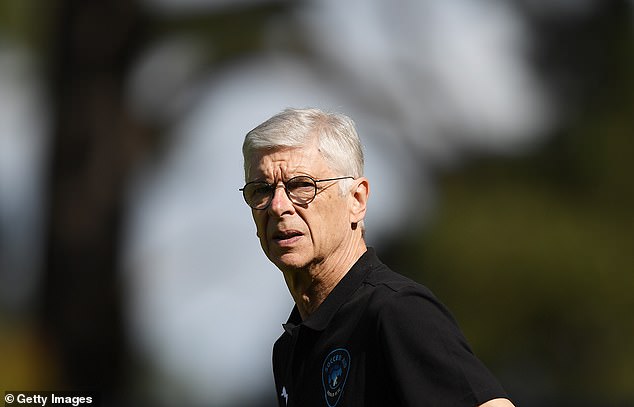 Wenger said: ‘Amateur football is a crucial foundational aspect of global football development. A strong amateur football system ensures that anybody wanting to play football has the opportunity to do so at any level, allowing all aspects of the game to flourish in that country.

‘The FIFA Amateur Football Programme, which is closely linked to the FIFA Talent Development Scheme, is part of our commitment to develop the base layers of the football pyramid, whilst providing all of our Member Associations with growth opportunities from a global perspective.’ 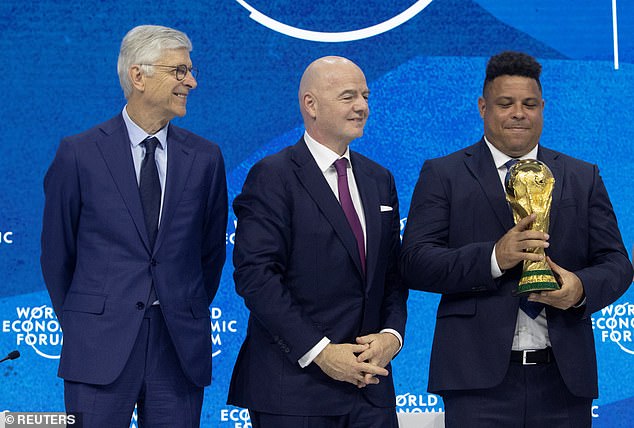 Wenger, FIFA President Gianni Infantino (C) and Ronaldo (right) at a panel discussion in May

Wenger’s high-profile role with FIFA saw him support a new-look global calendar, with a view to holding the World Cup every two years, while he has also completed extensive research into automated technology to be used in refereeing decisions.

The three-time Premier League winner is back in the dugout this weekend as he manages the Rest Of The World side at Soccer Aid.

The 72-year-old retired from football management in 2018 after ending a 22-year tenure as Arsenal coach. 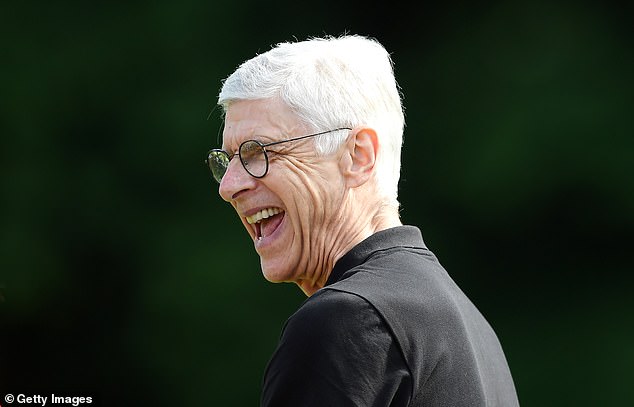