Arsenal have been tipped to revisit a summer transfer target in January in the form of Shakhtar Donetsk winger Mykhailo Mudryk, following the Ukrainian’s strong form in the Champions League so far this season. The Gunners were linked with a move for the 21-year-old in the summer as Mikel Arteta’s side did hope to bring in another wide man to the Emirates, but a deal failed to materialise.

Mudryk, who has also been linked with moves to Newcastle and Everton, has only seen his stock rise since the window closed and there will be rumours once again when the January market opens. Former Arsenal striker Kevin Campbell believes that the Gunners will rival Eddie Howe’s side for Mudryk’s signature in January, as he “fits the profile” of what Arteta wants from a winger.

“I definitely think so [Arsenal will compete with Newcastle for Mudryk],” Campbell told Football Insider. “His performances in the Champions League have made everybody go, ‘Woah, this is the lad.’

“He has got a good attitude, is quick and is direct. He fits the profile of what Mikel Arteta and Arsenal want because he is a young player. I think he is going to develop into something quite special.

JUST IN: Moises Caicedo admits it would be a ‘dream’ to follow Potter to Chelsea in clear hint 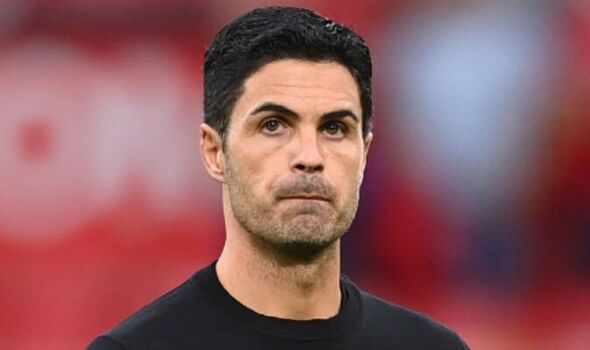 “They call him the Ukrainian Neymar for a reason. All of these comparisons can be to the detriment of a player but he seems to relish in it. I am sure Arsenal will look at him in January depending on Shakhtar.” 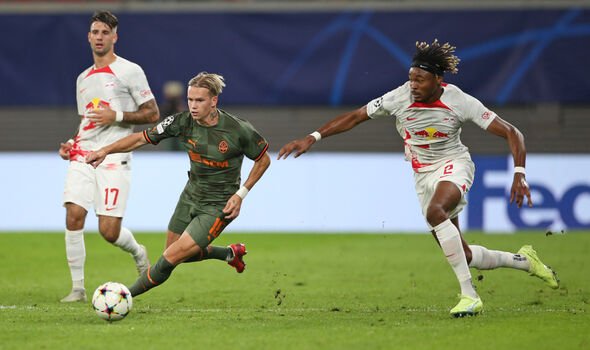 “Arsenal is a very good team with a very good coach. I like the way they play. Yes it would be hard to say no from my side, I can’t say no but the transfer is not only my decision and my word.

“In winter we will see. There was a lot of discussion about the transfer and the collapse [of the deal] and who wants me but it’s normal now. I’m in Shakhtar and I want to play in this team.”

Shakhtar sporting director Darijo Srna confirmed to CBS Sports that his side had turned down a deal worth £26million in the summer, and his valuation will have only increased ahead of January. “We received an offer of €30m,” Srna said. “Mudryk is a serious talent. After Kylian Mbappe and Vinicius Jr, he’s the best player in Europe in his position. If someone wants to buy Mudryk they must spend a lot, a lot, a lot of money and respect our club and our president.”