Arsenal are to make an improved offer for Shakhtar Donetsk winger Mykhaylo Mudryk this week.

The Ukraine international posted on social media again on Saturday evening as he watched Arsenal take on Brighton. 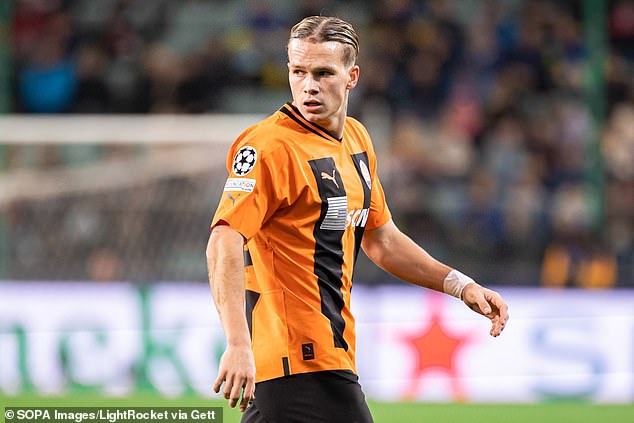 The Blues have been investing heavily in players since Todd Boehly’s takeover, with an eye on the future. Mudryk, who turns 22 on January 5, would definitely fit that mould.

However, Arsenal remain the strong favourites to get the winger, with Mikel Arteta’s side keen to get more attacking options to aid their title push.

On New Year’s Eve, Mudryk posted to Instagram that he was watching ‘2 great coaches’ – Arteta, and his former Shakhtar Donetsk boss Roberto Ze Derbi, who is now managing Arsenal’s opponents Brighton, as they went head-to-head in the last Premier League match of 2022. 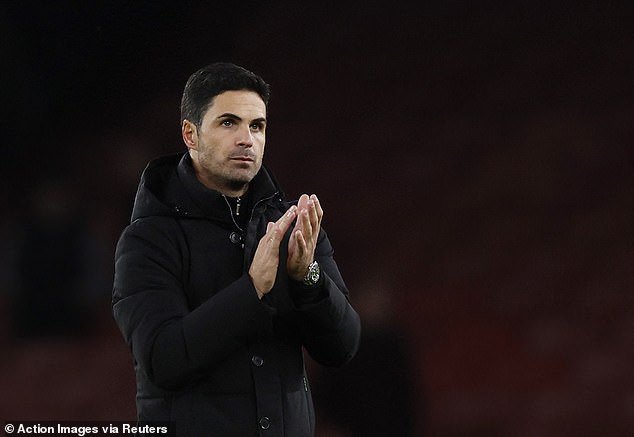 Mikel Arteta’s Gunners lead the race to get Mudryk, but Chelsea are also interested in winger

It has been viewed as another hint towards Mudryk’s possible move to North London – albeit one that may be hijacked by their West London rivals if Chelsea match the Ukrainian club’s higher valuation of their 21-year-old winger.

Arsenal moved seven points clear at the top of the tree with their 4-2 win over Ze Derbi’s Seagulls, after both Manchester City and Newcastle drew their matches earlier on Saturday.

Chelsea, meanwhile, continue to step up their push to get Benfica’s World Cup winner Enzo Fernandez, who has a valuation of around £106m.

Graham Potter’s Blues have league matches in the coming week against Nottingham Forest and Manchester City, whilst Arsenal face another of the chasing pack, Eddie Howe’s Newcastle United, at the Emirates on Tuesday night. 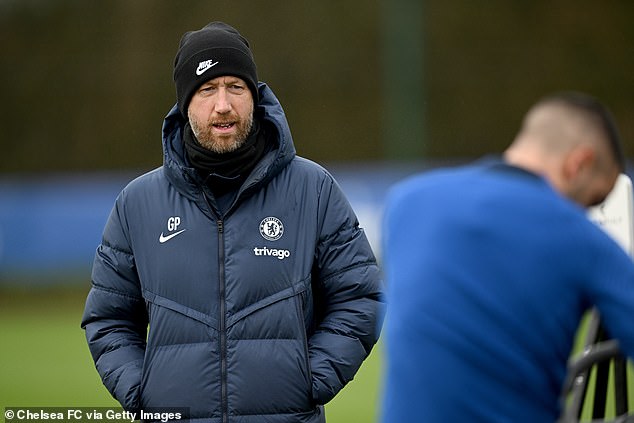 Graham Potter’s Chelsea are interested in Mudryk, while continuing talks over Enzo Fernandez