Gabriel Jesus has insisted he does not want to become the new Thierry Henry at Arsenal and would rather create his own legacy after arriving from Manchester City. The striker has been signed by Mikel Arteta to lead the Gunners’ attack and has promised to score plenty of goals.

Arsenal were desperate to sign a new forward this summer and Arteta has acquired his top target in Jesus. The 25-year-old Brazilian previously worked under Arteta when the Spaniard was assistant head coach at Man City.

Jesus wants to create his own legacy at Arsenal and will not try to emulate record goalscorer Henry, though. The latter scored 228 goals in 375 appearances for the North Londoners and won two Premier League titles.

Arsenal’s new £45m signing arrives having won the top-flight four times with City but insists he will not be the club’s next Henry. “When you say Arsenal, you mean Thierry Henry. Thierry is unique, he is one of the greatest players ever,” Jesus told Goal. 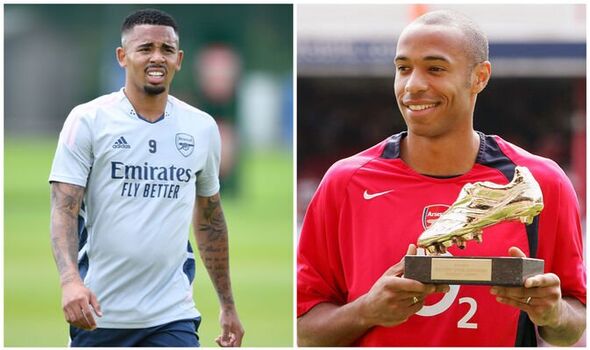 “But I don’t want to be the new Thierry Henry. I want to make myself a name in this club’s history. I will be there: 90 minutes per game in the box, trying to score, trying to help.

“Not only with goals, also with assists. Covering the ball. Running, in my style. Never stop. Helping my team, helping my team-mates. Yeah, that’s me.”

Jesus believes Arsenal have what it takes to win a trophy come the end of the 2022-23 season. Arteta’s side have missed out on all the big prizes since winning the FA Cup in 2020.

The former Palmeiras prodigy says he has joined Arsenal to win silverware. He was persuaded to sign for the club after he was sold their vision by technical director Edu. 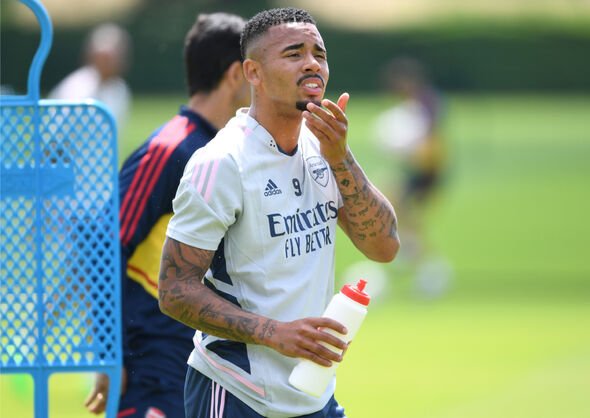 “It is a big family here. We are going to play well, train well and at the end of the season, I am pretty sure, we are going to win something,” Jesus added.

“First of all, [I need] to adapt. Adapt to the club, adapt with the players, the way they play and the way they are. After this, everything else will come naturally. This is football. Football is the same everywhere.

“It is a big club with a big project. When Edu explained to me what they want for the future, I was so excited to join Arsenal because I love the project. I want to win trophies. I want to win everything.”

Jesus will likely make his Arsenal debut against Nurnberg on Friday.