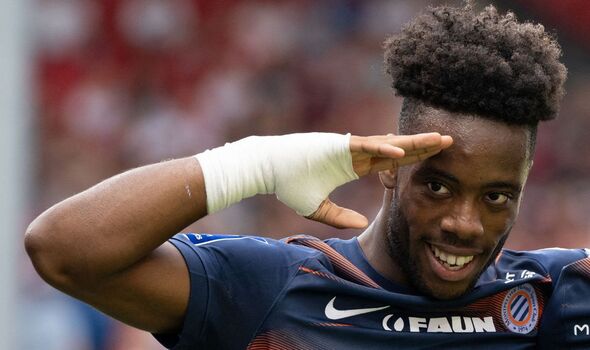 Arsenal are believed to be enchanted by Montpellier’s young forward Elye Wahi but there are no plans to launch a January move, according to reports in France. The 20-year-old attacker has been quick to make a name for himself in Ligue 1 having hit double figures as a teenager last season for La Paillade.

The Frenchman has continued where he left off this season, netting seven times in 16 outings so far for Montpellier.

According to Foot Mercato, Arsenal are now starting to take note of Wahi’s development but they have no plans to launch a January swoop for his services.

The Gunners have reportedly been scouting the player extensively and so far, their recruitment team have seemingly been impressed with what they have seen.

But Wahi very much seems like a forward that could be of interest further down the line as opposed to now.

The Gunners have now returned with a second bid for the Ukrainian and remain in talks with Shakhtar Donetsk over a deal for the winger.

Edu’s second offer is believed to be worth around £42m plus add-ons but still, it falls short of Shakhtar’s £85m valuation.

This month, Arsenal will be focusing their efforts in the transfer market on plugging small gaps within their squad to maximise their chances of winning the title.

They are currently seven points clear at the summit after Manchester City were held to a 1-1 draw with Everton on Saturday.

Arsenal would be well-stacked in attack if they landed Mudryk with Eddie Nketiah currently covering for the injured Gabriel Jesus.

Mikel Arteta recently declared that he wants the club’s January business done as soon as possible so new arrivals can settle quickly in north London.

“We knew the importance of getting players early in the summer and that is the same we want to do in January,” Arteta said.

“This is idealistic. Sometimes it is not realistic. But obviously, if you ask my opinion, as quickly as possible we want the players to get settled.”

The Gunners are believed to be after a new forward while a defensive midfielder would also be of interest to Arsenal.

Arteta tried to land Douglas Luiz from Aston Villa on transfer deadline day at the beginning of the season before the Brazilian penned a new contract.

A left-footed centre-back that can provide cover for Gabriel Magalhaes is also firmly on the agenda.