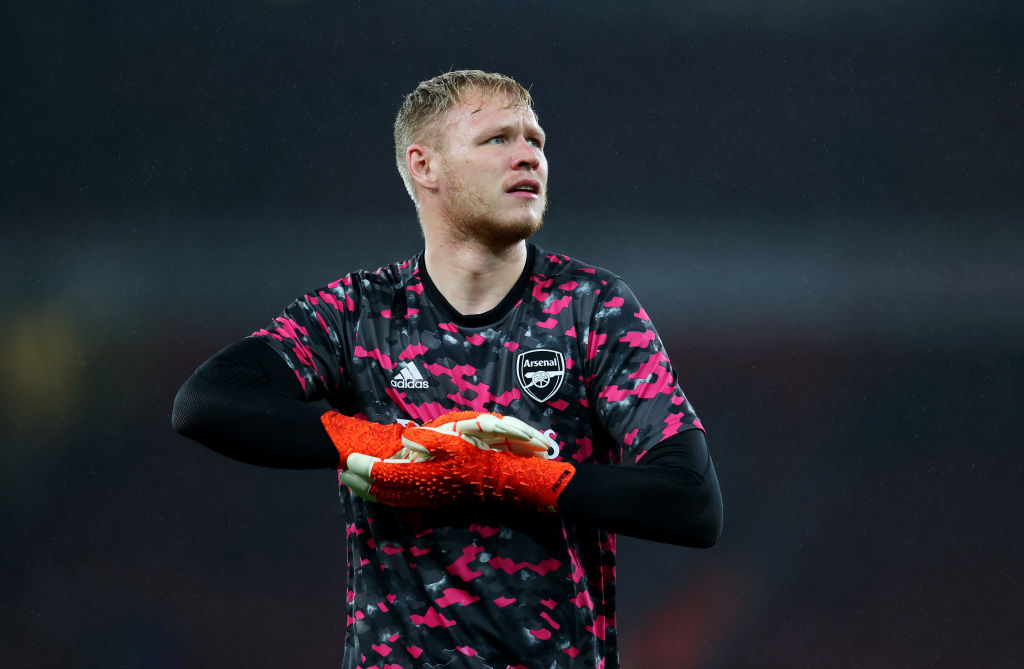 Nigel Winterburn has revealed the one thing Arsenal goalkeeper Aaron Ramsdale needs to do in order to be a long-term success at the Emirates.

Ramsdale joined the Gunners from relegated Sheffield United in the summer for a fee in the region of £24m plus add-ons.

The 23-year-old has already cemented himself as Mikel Arteta’s first-choice keeper, overtaking Germany international Bernd Leno after a string of fine performances.

His best moment in an Arsenal shirt so far was undoubtedly the incredible save from Leicester midfielder James Maddison during the Gunners’ 2-0 Premier League win over the Foxes last month, a stop which was hailed as ‘the best saved he’s seen in years’ by Manchester United legend Peter Schmeichel.

Winterburn, who played alongside legendary stopper David Seaman during his time at Arsenal, has been impressed with Ramsdale’s start at the north London club, but revealed that the former Bournemouth star needs to remain consistent if he wants to succeed.

‘I watched Ramsdale a fair bit last season for Sheffield United. I have openly said that I wondered how much of a step up he was on Leno. That was my question at the start of the season, but since he’s come in, he’s been outstanding,’ he told Metro.co.uk via FreeSuperTips.

‘One thing I do really like about him is that he seems to take command of his area. He doesn’t punch a lot, he catches as well. I think that relieves pressure and gives confidence to your defenders.

‘I love the way that there’s a bit of fist pumping, and when a defender gets a great tackle or block, or Ramsdale makes a great save. You can see they are together.

‘I think that the back four and the goalkeeper bring confidence. That starts to transmit around the rest of the team because maybe if you’re not playing quite well enough, you know you’re not going to concede a lot. So if we can nick a goal, we are at least going to get a draw, and if not we’re probably going to get a victory.

‘I love what I’m seeing with the back four and the goalkeeper. I think there’s some great unity there between them.

‘But that’s over a short period of time, we want to be seeing this over an extended period of time. Why did people talk about David Seaman so much?