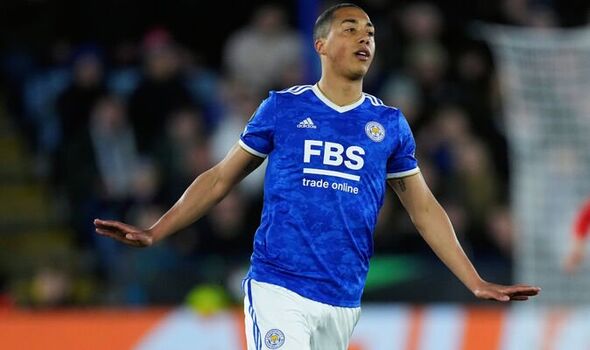 Arsenal are reportedly lining up a summer bid for Youri Tielemans, with the Leicester star potentially available for a bargain price. But they could be gazumped by Manchester United, who also interested in the midfielder.

Tielemans, whose contract expires in 2023, joined Leicester on loan from Monaco in January 2019, with Adrien Silva going the other way. The Belgian impressed enough in the East Midlands to warrant a permanent deal being sanctioned just six months later for £32million.

The former Anderlecht midfielder has announced himself as one of the league’s most technically-gifted midfielders in the last few years. But with just 15 months left on his deal, Leicester may have to sell him in the summer if they are to recoup the majority of the fee they paid for him.

Tuttosport claim Arsenal have Tielemans ‘in their sights,’ with Mikel Arteta keen to bolster his midfield ranks this summer. The report, however, also states that Juventus and United are in the race for his services as well.

Leicester desperately want to keep hold of Tielemans but face a real battle given his contract situation, with reports last month claiming he could be signed for just £25million in the summer. Rumours surfaced shortly after the January transfer window that Tielemans had rejected a new contract at the Foxes in favour of a summer move away.

But Leicester boss Brendan Rodgers refuted those claims just weeks later amidst their poor form. “Firstly he has not declined (a new contract),” Rodgers said back in February.

“I have seen stories but the position is exactly the same. He is a fantastic player and there has been no movement. He has worked well and until his last days here, he will always give his best.

“He is a top professional and you saw his commitment today.” Arsenal currently sit fifth in the Premier League, three points behind Tottenham albeit with a game in hand.

United, meanwhile, sit three behind Arsenal having played a game more. Whoever ends up sealing Champions League football for next season could prove pivotal in Tielemans’ decision with the Belgian star seeking a return to the competition after almost four years away.