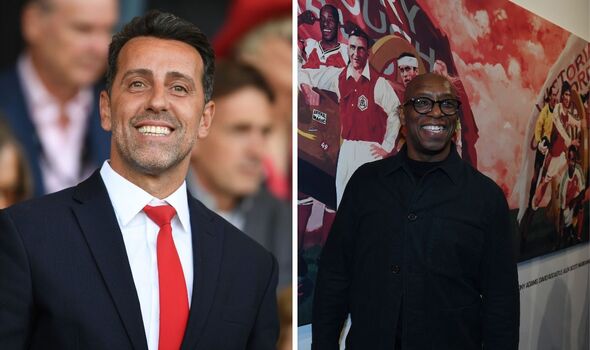 Arsenal are in desperate need of a winger after missing out on Mykhaylo Mudryk and they need look no further than Crystal Palace’s Wilfried Zaha. The 30-year-old is expected to leave Palace in the summer with his cotract winding down but there’s a chance he could move this month for a bargain price.

The Eagles are still hopeful of keeping hold of Zaha but the player himself has hinted he could be set for a big move on a free transfer in the summer. The Ivory Coast international has been a long-term target for Arsenal but for one reason or another, his move to the Emirates has never materalised.

But now feels like a better time than any for Arsenal to finally strike a deal for him. Mudryk had been their No 1 target but Edu and Mikel Arteta were left licking their wounds with Chelsea swooping in to hijack the deal.

Arsenal have identified a number of alternatives in Mouss Diaby, Ferran Torres and Raphinha but the Barcelona pair aren’t keen on a move away from the club while Arsenal will reportedly be quoted in the region of the £88m Chelsea paid for Mudryk to get Diaby this month.

It doesn’t look likely that Arsenal will bow down to Bayer Leverkusen’s demands with a deal in the summer set to cost significantly less. However, Arsenal do need an extra body in up front, especially with Gabriel Jesus out for a long period and with a genuine shot at winning the title this season.

Bukayo Saka and Gabriel Martinelli have both been exceptional operating from the left and right flanks but the duo are at risk of burnout with Arteta having barely any options to rotate them with. It’s clear Saka and Martinelli will remain Arsenal’s starting pair but they need to find cover in case the worst happens and one – or worse both – ends up suffering an injury.

Arsenal have made it obvious they do not intend to spend big, which is why Zaha could be a perfect choice. With his deal running out at the end of the season, Palace may be tempted to cash in on him now if the winger informs the club he wants out. While Arteta is looking to build a youthful team for the future, Zaha’s experience and proven record in the Premier League could be invaluable as they look to pull off an unlikely title triumph.

The Palace man netted 14 times in the league last season and has six so far this campaign. There’s no doubt that he could bring value to Arsenal’s team, especially when considering he is capable of playing in all positions across the front three.

And it’s a deal that club legend Ian Wright would be able to get on board with, having previously campaigned for Arsenal to sign him and describing the winger as ‘magnificent’. Whether or not Arsenal make the move for Zaha before deadline day in a few weeks’ time remains to be seen but it feels like an unpassable opportunity staring them right in the face.