Arsenal are set to be faced with a very familiar scenario following West Ham’s offer for Lyon star Lucas Paqueta. The deal in many ways mirrors Bruno Guimaraes’ move to Newcastle United in January.

Arsenal were strongly linked with Guimaraes, dating back to his time at Brazilian outfit Athletico Paranaense. The midfielder joined Lyon in January 2020 but reported interest from the Gunners did not go away.

Arsenal were again linked in January but it was the Magpies who completed a deal for an initial £33.3million, despite Mikel Arteta being short on central midfielders at the time. Guimaraes has had a fine start to life in the Premier League and has already caught the eye of the likes of Real Madrid.

If his rise continues, it appears unlikely that Arsenal will be his first choice if they come knocking again. And in the case of Paqueta, it could be a similar scenario. 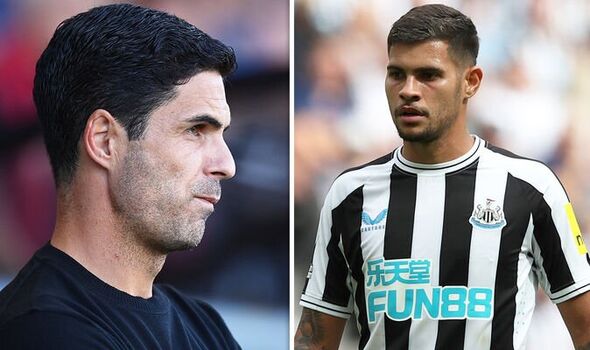 Paqueta emerged as an option for the Gunners earlier this year. Express Sport understands he is currently not a prime target following the arrival of Fabio Vieira.

However, if they don’t move now, they could risk losing out on the player forever. West Ham have made an opening offer of £33.7m for Paqueta, which Lyon are reported to have rejected.

However, the star’s representatives are in London as they aim to sort a move to the Premier League for their client before the end of the window. And if Arsenal are not the destination, it will be a repeat of the Guimaraes situation in more ways than one.

Like Guimaraes, Paqueta is a 24-year-old Brazil international midfielder. He also joined Lyon in 2020, six months after Guimaraes, and could follow him out of the French club in the same timescale. 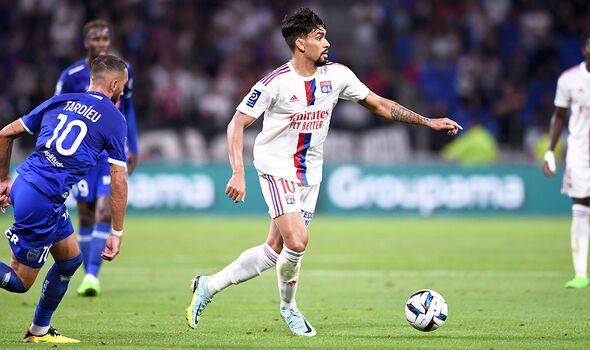 Arsenal technical director Edu revealed his admiration of Paqueta earlier this summer. However, he did admit there may not be a space for him at the club right now.

“I’m very respectful when I talk about Lucas,” Edu told TNT Sports Brazil. “I’m a guy who likes him a lot, I’ve always liked him, since my time with Brazil’s national team.

“He’s had a great season; he was considered the best [overseas] player in the French league. But today, there really isn’t any kind of talk, there’s only my admiration for the player, because the squad today is, in the position he plays, I think we’re very well served in this regard.”