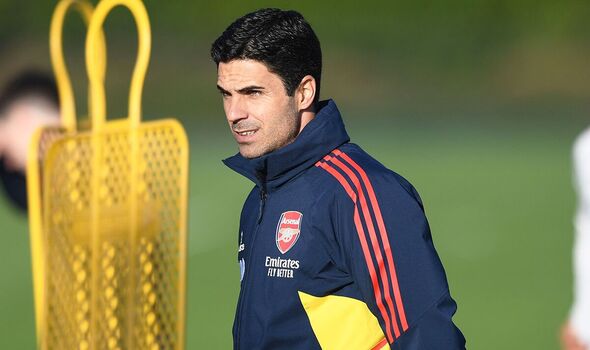 Arsenal drew 0-0 with Luton in a behind-closed-doors friendly on Wednesday. The Gunners fired blanks against the Championship side to show up the need for more attacking force to be brought in during the January transfer window.

Eddie Nketiah is the only fit striker available to Mikel Arteta. Gabriel Jesus is set for a few months on the sidelines after undergoing surgery on a knee injury suffered at the World Cup.

Despite only scoring five goals in the first part of the season, Jesus played a big role in how Arsenal attacked, bringing others such as Gabriel Martinelli and Bukayo Saka into play. The Brazilian will leave a big hole in his absence that needs to be filled for the Gunners to keep up their title hopes.

Failing to score against second-tier opposition will be a concern to Arteta. Training ground friendlies are often high-scoring affairs, with Arsenal losing 4-2 to Watford before their recent trip to Dubai.

But despite fielding his strongest XI possible, Arteta’s side were unable to break Luton down. Bukayo Saka and Gabriel Martinelli made their first appearances since returning from the World Cup.

Rob Holding and Cedric Soares were the only two starters who are unlikely to play against West Ham on Boxing Day. A full-strength midfield of Thomas Partey, Granit Xhaka and Martin Odegaard was in operation.

Nketiah started through the middle but was unable to find the net and gain some much-needed confidence. Arteta took off goalkeeper Aaron Ramsdale at half-time and also substituted eight of the outfielders in the second half.

That gave some minutes to exciting youngsters such as winger Amario Cozier-Duberry and full-back Lino Sousa. Arsenal ended the match with a youthful side, so a clean sheet will have pleased Arteta.

However, failing to score when the majority of his first-choice XI were on the pitch will undoubtedly make Arteta consider whether signing a striker is a necessity next month. Arsenal are set to prioritise the signing of a winger but a forward is also on their radar if the right deal arises.