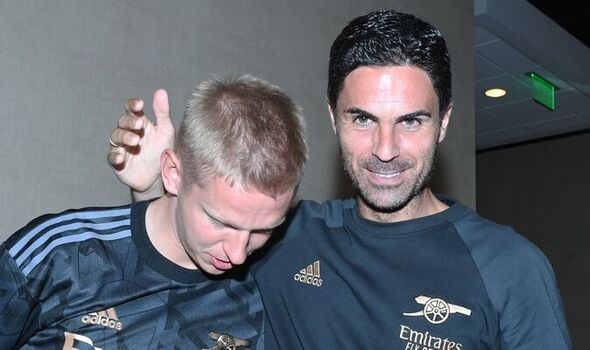 Nuno Tavares looks set to become the first of many departures at Arsenal ahead of the new season as Atalanta close in on a loan deal for the full-back. The Portuguese defender only joined the Gunners from Benfica last year but his chances of playing regularly have diminished following the arrival of Oleksandr Zinchenko from Manchester City.

Tavares enjoyed a run of games in the final stretches of the season but it’s clear he will be one of the names in reserve if he stays in north London next season.

Atalanta are now looking to finalise a deal for the 22-year-old after moving ahead of Brighton, Marseille and Real Sociedad in the race for his services.

Arsenal are yet to decide if they will include an option to buy within the agreement as they still consider Tavares a player for the future.

The player’s exit – whether temporary or potentially permanent – is set to be the first of many departures in north London this summer. 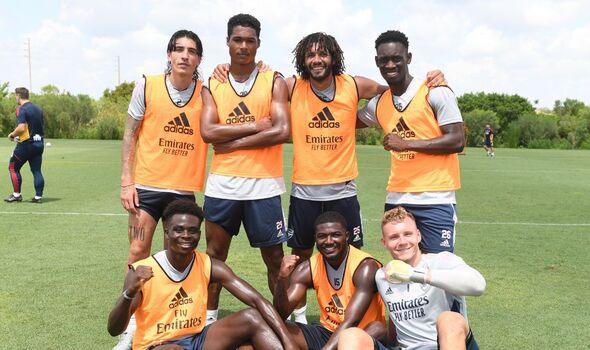 Mikel Arteta is set to shift the focus from new additions to clearing the decks in the coming days, as Arsenal look to raise more transfer funds to spend on new recruits.

There are up to 10 players facing uncertain futures next season, including Tavares who now looks destined to head out on loan.

Bernd Leno is still a target for Fulham although the two clubs are still far apart in their valuation of the goalkeeper.

Following Matt Turner’s arrival at the club, Leno is expected to be given the green light to move onto pastures new.

Arsenal are keen to find a buyer for club-record signing Nicolas Pepe, who cost the club £72million in the summer of 2019.

Ainsley Maitland-Niles is expected to depart – although he could yet stay – given that he is unlikely to feature regularly or in midfield, his preferred position of choice.

Real Betis are expected to launch a bid for Hector Bellerin following his loan spell in Seville last season. The La Liga club are looking to find the cash to put together an offer for the Spaniard.

Lucas Torreira’s future also appears to lie away from the Emirates with Roma and Valencia among the clubs keen on the Uruguayan.

Pablo Mari is also attracting interest from Fenerbahce following his loan spell with Udinese last season. Despite minutes in pre-season, Arteta is expected to move the former Flamengo man on.

Reiss Nelson and goalkeeper Alex Runarsson have been made available for transfer following loan spells in Holland and Belgium last season.

Finally, Folarin Balogun is expected to depart on loan again following his spell with Middlesbrough. French side Stade Reims are among the clubs keen on the striker.

Arsenal would still like to sign a central midfielder and winger but deals could be dependent on sales.